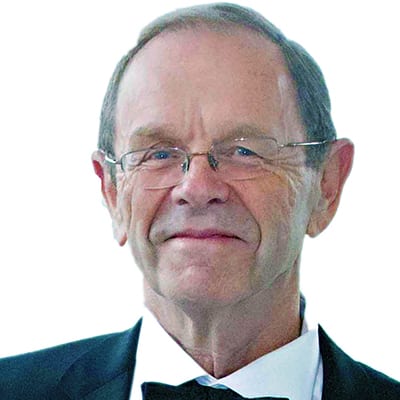 One of the world’s most experienced corporate directors and educators, David has served on 39 different boards of directors in Canada, America, Mexico, Australia and England and been chairman of 9 public companies. He currently serves as chair of two private equity-sponsored startup companies—one on medical healthcare products and the other in fintech. He was the founding managing director of the Canadian Coalition for Good Governance (2003-2008), an organization that today represents 50 institutional investors with ~C$3 trillion of assets under management.

Fifteen years ago, he created and still oversees the Canadian Directors’ Education Program (DEP) a rigorous 12-day course that has now graduated over 6,000 senior Canadian entrepreneurs, directors and family office members. From 2010 until 2017 he created and led the Directors Education Program for Saudi Aramco, the world’s largest company in Ras Tanura, the company training facility in the Kingdom.

In 2018 he was presented with a Lifetime Achievement Award by the International Corporate Governance Network (ICGN) a grouping of global asset managers with AUMs ~$50 trillion in 47 nations. In 2013 he was inducted into the Order of Canada (the C.M. above) the nation’s highest civilian honor. He was previously awarded a Queens’ Diamond Jubilee medal. In 1994 he was made an Officer of the Most Excellent Order of the British Empire (the O.B.E. above) by Her Majesty Queen Elizabeth II at Buckingham Palace for his services to Papua New Guinea. In Papua New Guinea he was the principal economic architect for Independence in 1975. He was subsequently presented with a 30-year independence medal.