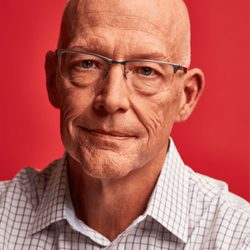 Dennis is Chief Venture Advisor and VP, Venture Programming at MaRS. Dennis is an experienced startup entrepreneur and C-suite executive, having scaled companies from incubation to more than $50 million revenue. He has been at MaRS since 2017 as a co-founder of and Executive in Residence in our Momentum program, a launchpad for global powerhouse companies. Dennis came to MaRS following his sale of TransGaming Inc., a leading digital media company in the cloud-based game market which he helped start and take public. In addition, he is an accomplished financial transaction advisor, having been involved in over $500 million of financing and M&A transactions in the past 10 years. He is also past-CEO of Equation Angels, Canada’s second largest Angel network, whose model he helped architect in 2017. Dennis is a Chartered Business Valuator and holds a BBA from Wilfrid Laurier University.