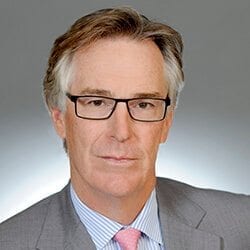 Gordon Nixon was chief executive officer of Royal Bank of Canada from 2001-2014. Mr. Nixon is Chairman of the Board of Bell Canada Enterprises, a director of George Weston Limited, BlackRock Inc. and he is on the advisory board of KingSett Capital.

Mr. Nixon has been awarded the Order of Canada and the Order of Ontario and is an inductee into the Canadian Business Hall of Fame. He is a recipient of Canada’s Outstanding CEO of the Year Award, the Canadian Business Leader Award, the Ivey Business Leader Award and was included on both Barron’s list of the World’s Best CEO’s and Bloomberg’s list of the World’s 50 Most Influential People. Mr. Nixon received an Honours Bachelor of Commerce Degree from Queen’s University and holds an Honorary Doctor of Laws from both Queen’s University and Dalhousie University.