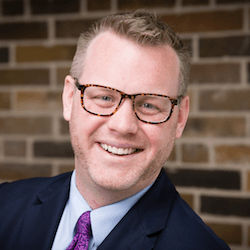 Ian Philp was the Director of Partnerships of the Advanced Energy Centre at MaRS Discovery District, a public-private partnership working to unite industry, utilities and government to consolidate and extend Canada’s early lead in next-generation energy technologies by capturing new domestic markets and transforming local successes into international market opportunities. MaRS Discovery District is a major innovation and commercialization hub in Toronto, Canada.
Previously, Ian worked with a boutique UK-based investment bank making targeted energy efficiency investments in developing Asia, and as an international trade lawyer defending Canada’s renewable energy procurement programs under the NAFTA. Ian also spent four years as a UN legal and political advisor in the Middle East. From 2005-2007, Ian was part of the UN’s humanitarian relief effort in Iraq, and advised the Iraqi and Kurdish governments on post-conflict legal reconstruction as part of a Baghdad-based legal team.
Ian was named a Future Energy Leader by the World Energy Council, is an Atlantic Council Emerging Leaders in Environment & Energy Policy (ELEEP) Fellow, and was a 2011-12 Action Canada Fellow. He holds an honours degree in international relations & economics, two law degrees (common and civil law), and a MBA with a specialization in energy finance. Ian is fluent in English and French, and has a working knowledge of Arabic and Spanish.
LinkedIn: linkedin.com/pub/ian-philp/5/1b9/b13