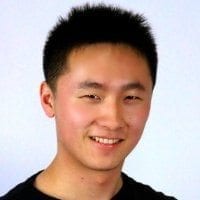 Jerry has spoken to over 20,000 people, from elementary and high school students to social media professionals to top Canadian HR leaders. He uses personal and professional anecdotes to engage, entertain, and inspire people. He believes in catalyzing transformation by capitalizing on human potential.
Jerry served as President of DECA Ontario, Canada’s largest youth business organization, for the 2013-2014 year. After a 6% drop in membership the year before, he combined grassroots outreach and an emphasis on conversion to lead a record-breaking 20% increase in membership in his tenure. DECA Ontario is now 10,000 members across 244 schools across the Province.
Founding Glowstik Social Marketing as a high school freshman, Jerry led the company to help small and medium-sized clients reach customers through social media. After being inspired to pursue entrepreneurship, Jerry decided that his competitive advantage as a 14 year-old, was his age. Every employee was extremely young and a digital native. Glowstik showed clients that they understood the psychology of social media users and could create effective marketing for these users.
Jerry was honoured as one of PROFIT Magazine’s 30 Most Fabulous Canadian Entrepreneurs in 2012.