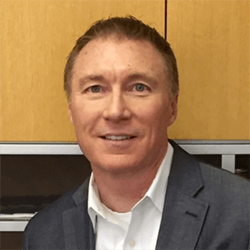 Ken is the Canadian country director and regional vice-president of Boston Scientific. He began his medical device career in 1991, with Abbott Laboratories, and joined Boston Scientific Canada in 2004. Ken’s post there was director of cardiology.
In 2005, Ken was promoted to his current role. He also serves on the MEDEC Board of Directors and recently joined the EXCITE Management Board of Directors. Ken is an active health system advocate. Focus areas for him include improving patient outcomes, health system value for money and the evidence-based adoption of innovative health technology.