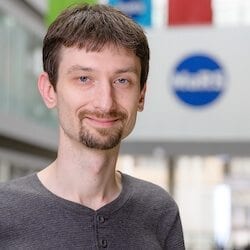 A teacher by training and entrepreneur by disposition, Ryan built his career by identifying and pursuing opportunities for innovation in the education system. He landed his first teaching position in 2004 by pitching a small liberal arts high school on the first of many interdisciplinary courses he would design throughout his time in the classroom. Based on the success of these courses, Ryan was asked to help launch Toronto New School in 2009. Over the following three years, he helped to design and deliver innovative programming at TNS, which placed student creativity at the centre of its approach.
Eager to share what he learned in the first nine years of his career, Ryan started Scale Consulting in 2013. Founded on the belief that education should be approached as a framework for creativity (a concept he explored in a 2014 TEDx talk), Scale helps startups articulate and grow their educational initiatives. To date, it has worked with companies involved in social-emotional education, gamified learning and tech mentorship.
Ryan is excited to be collaborating with MaRS as an instructional designer and facilitator for its Future Leaders programs. He knows from experience that when education and entrepreneurship mix, the result is amazing learning for everyone involved.