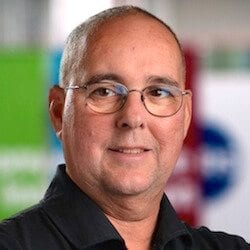 Ted has an extensive background in venture capital investing in both Canada as well as in emerging markets. With thirty years of experience in venture investing, most recently as the Managing General Partner of Ventures West Capital, Canada’s largest institutionally backed venture capital fund management company, Ted has been an investor in many of Canada’s most interesting technology companies. Ted is also a past President and a former Director of the Canadian Venture Capital and Private Equity Association Canada’s national private equity trade association.
Ted has also been very active in e markets, particularly Africa. He has worked with the International Finance Corporation on initiatives relating to the establishment of venture capital funds in Africa and has participated in projects in east Africa (Kenya, Tanzania and Uganda) and in Ethiopia.  He was also an advisor to the Government of Canada on the establishment of the Canada Investment Fund for Africa (CIFA), a US$212 million pan-African investment fund, and currently sits on the Advisory Boards of the Aureos Southern Africa Fund and the Aureos Western Africa Fund, two investment funds focusing on small and medium sized business investments in southern and western Africa respectively. He is also a Technical Advisor (providing operational support and management guidance to the Operating Partners) and a member of the Board and the investment committee of Injaro Agricultural Holdings Ltd. a fund providing investment capital to small and medium sized agriculturally oriented enterprises in West Africa. In 2009 Mr. Anderson travelled to Haiti and prepared a report for the Canadian Government (DFAIT) and USAID on increasing access to financial services for Haitian SME’s. Mr. Anderson has also worked with the Financial Services Volunteer Corps (FSVC) providing professional development seminars and consulting with emerging fund managers in Morocco and Tunisia. Ted has a BA (Economics) from the University of Toronto and an MBA from the Schulich School of Business at York University, where he was also a lecturer.