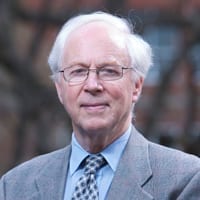 Tim Brodhead acts as the Chair of the MaRS Solutions Lab Advisory Board. Between 1995 and 2011, he was President and Chief Executive Officer of The J.W. McConnell Family Foundation, a family foundation based in Montreal. The mission of the Foundation is to create a more resilient society by enhancing inclusion, sustainability, and social innovation. Recently, he also acted as Interim-President of the Pierre Elliott Trudeau Foundation.

Prior to joining the Foundation, Tim spent twenty-five years in the field of international development as a volunteer in West Africa and then as founding director of several non-governmental organizations. In a voluntary capacity he has served on many boards including the Social Sciences and Humanities Research Council of Canada (SSHRC) and the Calmeadow Foundation. He is a past chair of Philanthropic Foundations Canada, the national organization of Canadian independent foundations. He is also involved in the work of Social Innovation Generation (SiG), a collaborative initiative to promote social innovation in Canada, and is an Adjunct Associate Professor at the University of Waterloo.

In 2001, Tim was appointed an Officer of the Order of Canada. He has also been awarded honourary Doctor of Laws degrees by Carleton University, Dalhousie University, University of New Brunswick and McGill University.