We could all use some good news. Here are the latest developments in the fight against COVID-19. 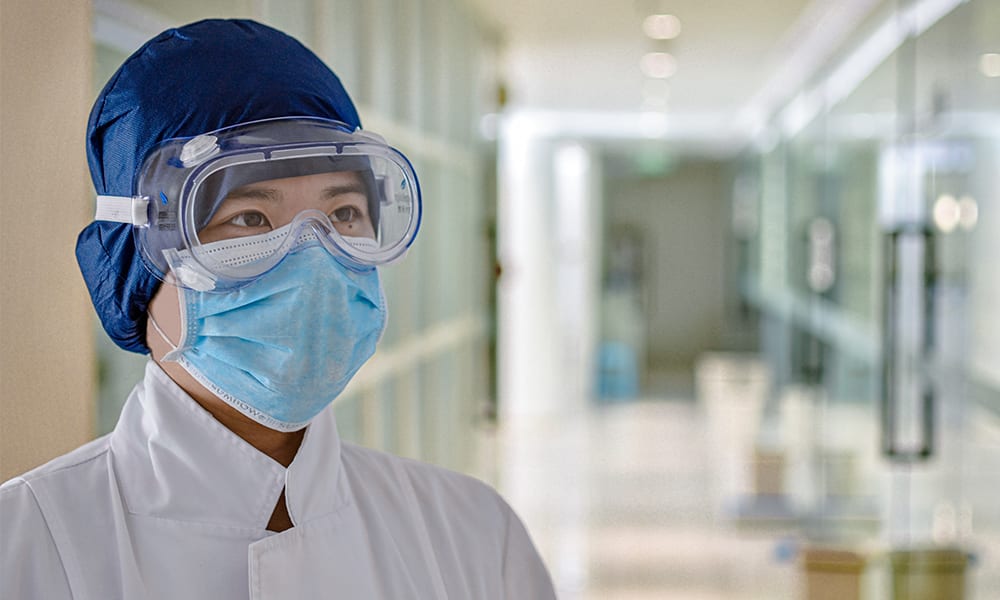 While the total number of infected continues to climb, early signs show that the rate of growth in some countries is slowing down. Meanwhile, innovators around the world are working at a breakneck pace to find solutions, from rapid diagnostics to battery-powered ventilators, and there have been incredible advancements in the fight against the coronavirus. Here are the latest positive developments:

In a few days, China will end the mass quarantine in Hubei province where the coronavirus pandemic started in late December. Transportation is resuming and select people are now able to leave the province for work.

Rate of growth is slowing in some countries

While the number of infected continues to climb, signs show that the rate of growth and the number of deaths is starting to slow in countries like Italy and Spain. In the U.K., the medical director of the NHS is suggesting a possible plateau. And in Canada, B.C. health officials suggest that the province’s curve could soon flatten out.

Ventilator production is ramping up

Ford, in collaboration with GE Healthcare, plans to produce 50,000 ventilators within 100 days by repurposing a plant in Michigan to produce the medical devices.

Thornhill Medical, a Toronto-based health device manufacturer, is working with auto parts manufacturer Linamar to scale up production of their compact portable ventilators. The federal government has ordered 500 of the devices, which the company says will be ready early this month.

Dyson announced that it has designed a new ventilator in just 10 days. The company plans to send 10,000 of the medical devices to the U.K. to fight the pandemic in the coming weeks.

MIT released a cheap open source ventilator design in response to the worldwide shortage of the costly devices. According to MIT, the ventilator, known as E-Vent (Emergency Ventilator), can be produced for just $100.

Ottawa-based biotech, Spartan Bioscience is delivering 100 portable testing devices and one million test kits to the federal government in the next 12 months. Ontario has signed a similar agreement and Alberta Health Services has also announced that it is working with Spartan to do rapid testing in remote and rural communities.

Researchers race toward a vaccine

Around the world, more than 40 teams are working on a vaccine.Two vaccines are in clinical trials — one from CanSino and the Beijing Institute of Biotechnology, another from the pharmaceutical firm Moderna. An additional 42 candidate vaccines are in the clinical evaluation phase.

The US government and Johnson & Johnson announced a $1 billion investment toward a potential vaccine, developed partly by a laboratory at Beth Israel Deaconess Medical Center in Boston. The investment is said to provide enough capacity to produce more than 1 billion doses. The first batches will be available in early 2021. US stocks rose more than 3 percent following J&J’s announcement.

Research teams across Canada are also working on vaccine candidates

Western University is developing a COVID-19 vaccine — based on previous work done against the MERS virus — and a vaccine bank with hundreds to thousands of potential vaccines that could be used in a future outbreak. And a University of Alberta cancer researcher is working on a vaccine that could be delivered directly into patients’ cells, driving a protective immune response. U of A is also investigating possible coronavirus vaccine candidates with researchers developing methods for mass production of vaccines. Teams at the University of Manitoba, Laval University, and the University of Saskatchewan are also advancing possible vaccines.

Researchers in Toronto’s University Health Network are studying a drug licensed to ward off malaria, treat lupus and rheumatoid arthritis to see if it can protect healthcare workers from COVID-19 in one of the first studies of its kind. The results are due this summer.

Robots are reducing the transmission

Light-blasting robots are disinfecting hospital rooms, hotels, planes and other public spaces. And in China robots helped contain the spread of the virus by reducing close interaction.

Greece’s politicians are donating their salaries

A number of Greek politicians have agreed to donate half their salaries for the next two months to help reduce the spread of COVID-19 after Prime Minister Kyriakos Mitsotakis made the plea.

Bauer has switched gears from hockey equipment to producing medical shields for those on the frontlines of the pandemic. More than 100,000 units have been ordered in Canada and the company is working to increase production in the U.S to meet shortages. Other companies helping with shortages include Under Armour, Toyota, Tesla, and The Home Depot.

Startups are also helping to thwart the spread

Startups are also shifting their focus to respond to the pandemic by relieving shortages in medical equipment, sanitizer and other desperately needed supplies.