How MaRS flipped the digital switch

Within days, MaRS was able to go from bustling building to active online community. 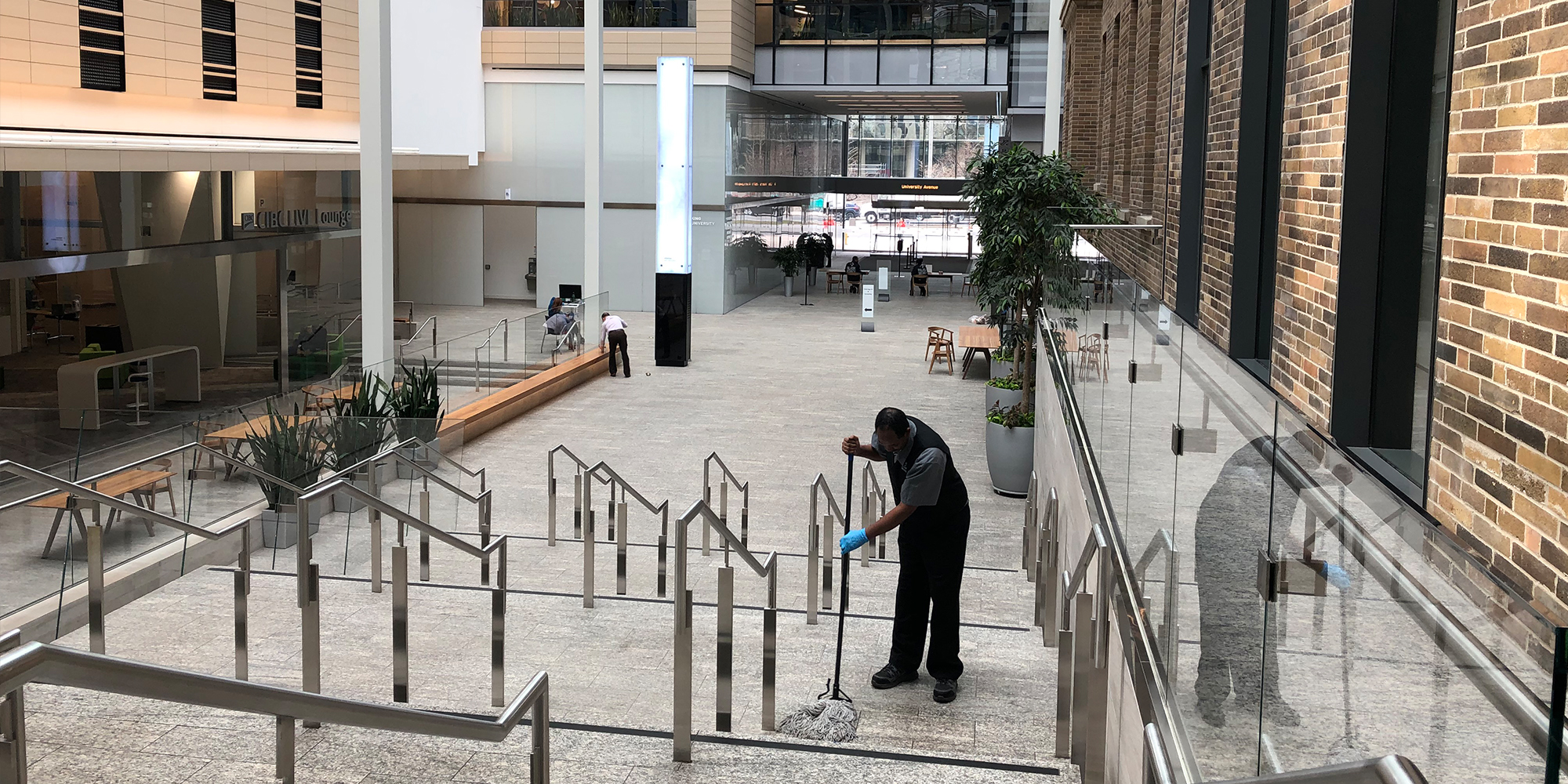 Four years ago, executives at MaRS ran an exercise in thinking the unthinkable: How would the organization continue if a blaze gutted the MaRS Centre? At that time, construction dust was frequently triggering false alarms and fire seemed the most likely catastrophe. While that scenario thankfully never came to pass, the lessons learned have helped MaRS adapt during the Covid-19 pandemic.

As Toronto went into lockdown, MaRS performed the fastest pivot in its history: it became a fully digital operation in one weekend.

As a result of that earlier disaster planning, MaRS had issued all its staff with laptops, invested in cloud-based platforms and adopted technology to ensure data security on home WiFi networks. Those precautions began paying dividends on March 13, when the MaRS Centre closed to all but essential-service tenants, such as the University Health Network and Public Health Ontario. A trial work-from-home day slated for the following week was scrubbed and the decision was made to transition more than 250 MaRS staff to remote working that weekend.

“It actually wasn’t that crazy,” says Brent Perkins, IT Director, of the 63-hour stretch of software updates that might have put a less prepared IT team on the verge of a breakdown. “We already had a lot of core elements in place, so we could just focus on troubleshooting.”

By March 16, a virtual version of MaRS had come into being. But the current situation presents challenges that extend well beyond the tech stack, and even for an organization whose mission is to “help innovators change the world,” the pace of change is head spinning.

Take Manda Cuthbertson, leader of MaRS Venture Talent Services team. A month ago, she spent her time meeting venture executives in downtown Toronto to give advice on recruiting in-demand engineers and developers. These days, she hosts webinars for scores of business leaders from her suburban home. And, in a reflection of the new economic reality, the content has changed as much as the delivery: last week, her guest speaker discussed the legalities of layoffs; this week, a government advisor walked viewers through Ottawa’s wage subsidy program.

Cuthbertson says her team has “done a complete 180” in the space of a few weeks. “A core part of what we do is one-to-one advisory, but at times like these we have to scale that up. There’s no precedent for something like COVID-19 in employment law, so ventures are searching for answers,” she says.

MaRS has established an internal task force that meets every day (on Zoom, of course) to coordinate its crisis response on multiple fronts. The closure of the MaRS Centre has forced the cancellation of scores of conferences and workshops. So, the events and audio-visual teams have been redeployed to support online incarnations of these meetings where possible, as well as MaRS’s growing calendar of webinars. Meanwhile, the task force is coordinating with government and partner organizations and also keeping a close watch on the well-being of MaRS staff, both the skeleton team supporting essential tenants at the MaRS Centre and remote workers who may be feeling stressed or isolated.

With so many moving parts, Cory Mulvihill, who leads the task force, says it has decided to “err on the side of overcommunication.” The task force’s morning email updates and Slack messages have now become part of the rhythm of life as MaRS teams settle into a new normal that will likely last for the foreseeable future.

For many at MaRS, being away from their landmark building is a disorienting experience — MaRS, after all, was built specifically to spark creativity by bringing a diverse community of innovators together in one place. But Rene Azeez, director of engagement at MaRS Venture Services, says going remote in trying times also opens new possibilities to rally people.

The postponement of large conferences like Health Innovation Week and the Cleantech Summit, which Azeez says were “massive events for the ecosystem,” is a blow to ventures just when they need to connect with investors and customers. So, MaRS Venture Services team has been gathering ventures and investors together online for virtual showcases, which have been well received. With no end to the lockdown in sight, the team plans to continue experimenting and seeking new ways to draw a dispersed ecosystem back together online.

“We now have the chance to create and re-create and re-think what we do,” says Azeez. “There’s never been a stronger impetus to find new ways to collaborate.”