Nuclear fusion powers stars. If this Canadian startup has its way, it could one day run your toaster, too. 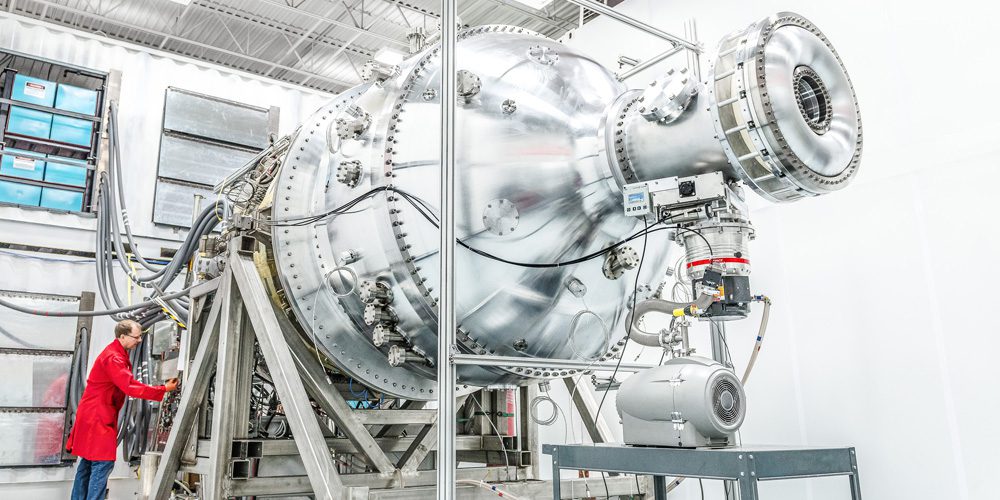 There’s an old joke about nuclear fusion: it’s a power source that’s 30 years away, and always will be. That’s because getting very light hydrogen atoms to collide and fuse requires enormous amounts of pressure as well as temperatures 10 times hotter than the centre of the sun.

Traditional nuclear fission, on the other hand — the kind powering nuclear plants right now — takes a heavy atom like uranium and splits it apart. “Fission is a process that’s relatively easy to start but really hard to stop,” says Jay Brister, the chief business development officer of Vancouver-based General Fusion. “Whereas fusion takes a lot of energy to make the right conditions happen, but if they’re not present, it just stops.”

As energy sources go, fusion has a lot to recommend it: it can be derived from abundant supplies like seawater; it can be placed anywhere in the world to provide a local power source; it produces zero greenhouse-gas emissions; and it could generate roughly four million times the energy of burning oil gas or coal. General Fusion says it has cracked the code to developing the world’s first commercially viable fusion power plant, with a demonstration plant planned in the U.K.

Here’s how it works.

General Fusion starts by lining a fusion chamber with liquid metal. A rotor inside spins the chamber, pushing the metal out to the edges.

Once the metal is spinning, more than 500 pistons on the outside of the chamber begin to fire. Slight variations in the pistons’ pressure and speed push the liquid metal inward, compressing its shape from a cylinder to a sphere. 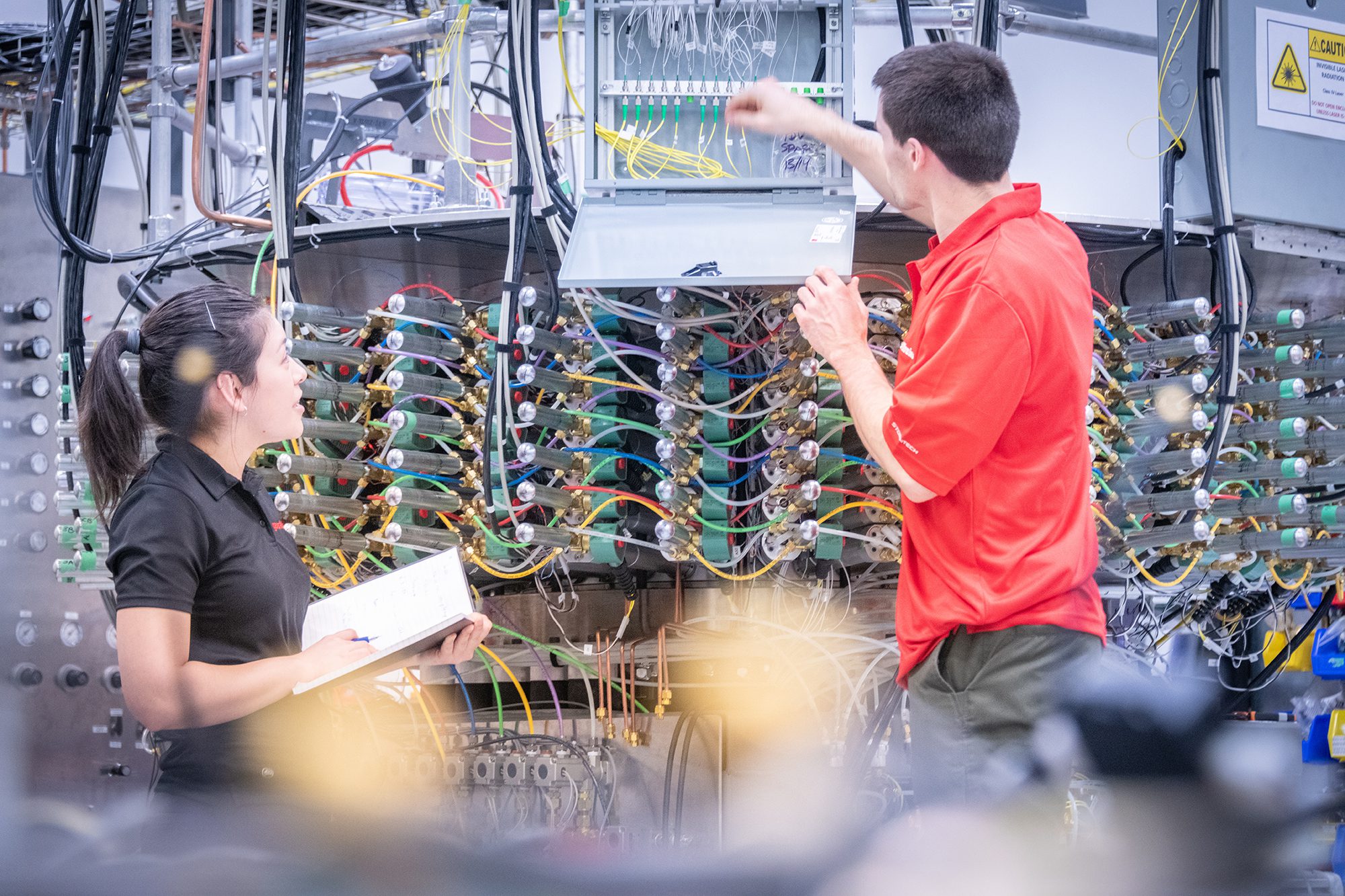 The plasma injector — located on top of the chamber — heats hydrogen gas to upward of 5 million degrees Celsius. That’s hot enough to cause the gas to change state into a plasma. Powerful electromagnets inside the injector then wrap a magnetic field around that piping-hot plasma.

The injector then forces the plasma into the centre of the liquid metal, which — in just tens of milliseconds — compresses and heats the plasma to 100 million degrees Celsius. That’s when fusion occurs. The magnetic field acts as a protective barrier between the plasma and the liquid metal, keeping the walls of the tank relatively cool. 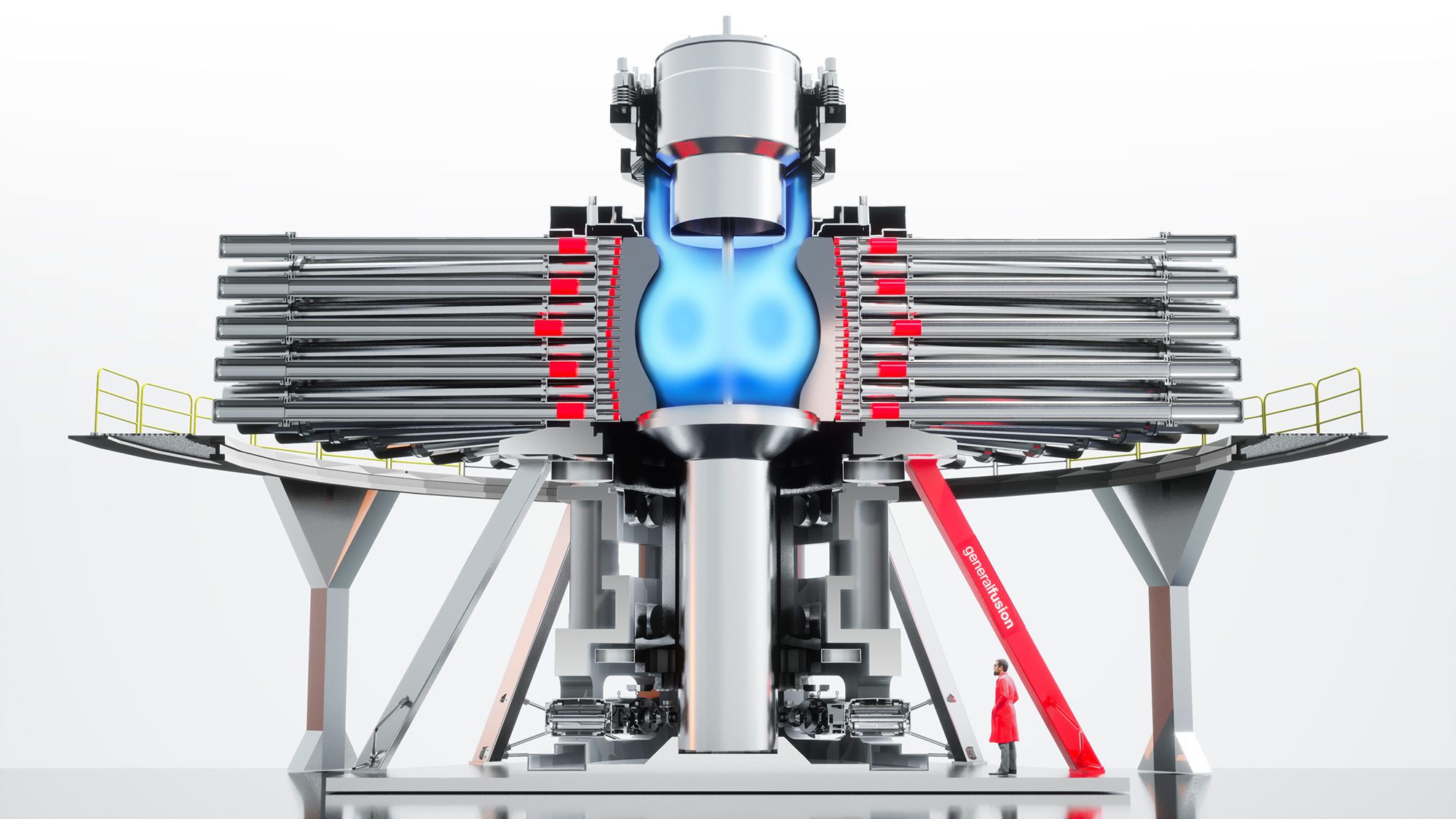 The energy created from the fusion is captured by the liquid metal, which is then pumped through a heat exchanger, where it transforms to steam.

The steam then drives a turbine that produces electricity.

Calories from crickets: The unstoppable rise of meat alternatives