“There’s going to be a hunger for innovation” 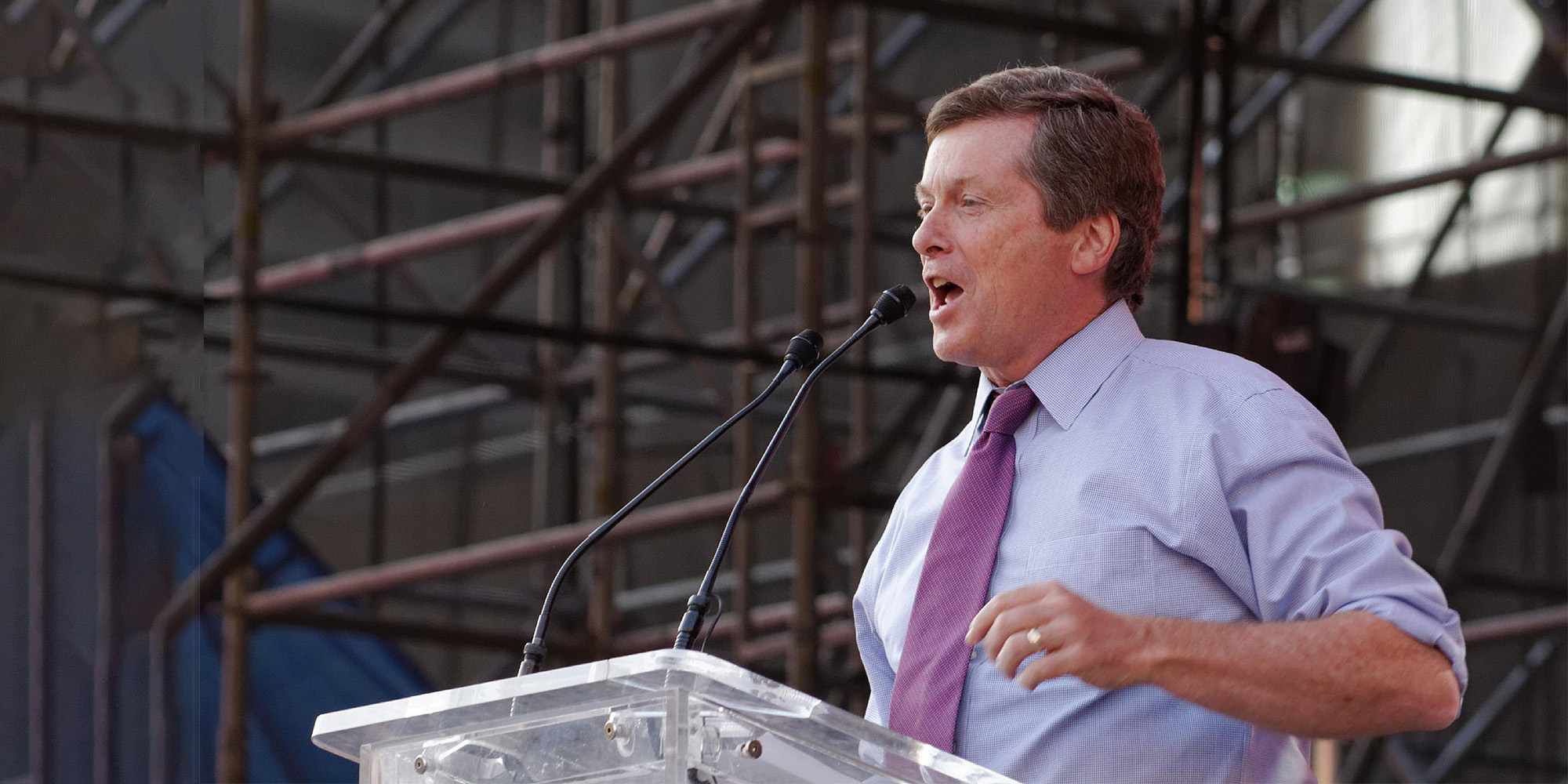 With the COVID-19 pandemic rocking the world and wrecking economies, Mayor John Tory has his work cut out for him. In Toronto, the months-long lockdown has hit businesses across all sectors hard, forcing many to close.

The innovation ecosystem in particular has seen its momentum sputter. After adding more than 10,000 jobs in 2019, a 16-percent increase over the previous year according to city statistics, many tech companies were forced to put their operations on hold. A report from Prospect and BDC Capital in May found that nearly a quarter of all Canadian startups had laid off staff as a result of the pandemic. And many promising ventures that are working on such serious issues as cancer and climate change may forced to close their doors over the next 12 to 18 months.

Emerging from the wreckage will require both optimism and level-headedness, Tory says. As with previous downturns, Toronto’s technology ecosystem has suffered a major setback, but he doesn’t believe it’s an insurmountable one. For his part, he’s applying his trademark can-do attitude.

In the lead-up to tech conference Collision from Home, we talked to the mayor about the damage COVID-19 has wrought and how Toronto’s tech ecosystem might become more resilient as a result.

In 2019, Toronto was the fourth-largest tech market in North America and its fastest growing. How would you characterize it now?

I would say it’s confident and impatient. The fundamentals that made Toronto a tech hub right up to the pandemic are still here. A lot of the smart people are still here and I hear them expressing a lot of confidence in the city as a place to live. When you go on a hiatus like a vacation, you’re happy, but when you go on a forced hiatus, you’re usually not happy. In that sense they’re impatient, but still confident.

A recent survey of 300 Canadian cleantech firms, found that 79 percent of companies need immediate financial support. And that’s just one sector. Is that patience wearing thin?

As serendipity often has it, the patience is wearing thin just as we’re starting to relax some of the requirements in place for health and safety reasons. It’s really just a matter of everybody getting back to the work mindset — you have customers to talk to, you have to have meetings and so on.

We have to get the resumption of the confidence of capital, because those businesses that have sustained themselves have had to burn through what they had available, or in some cases that capital has been withdrawn. We’ve got to get those taps turned back on.

What kind of damage has been done and how much is permanent?

We actually don’t yet have a record of the number of businesses that are gone, but I’m obviously aware of a fair number across different sectors. I don’t think there were actually very many businesses that were able to carry on normally. They’ve had business delayed, in some cases almost to the point of zero.

I don’t look at the world through rose-coloured glasses, but I see that when we come out of this there’s going to be a hunger for innovation that’s bigger than ever, because people have come to realize that working from home and not being able to be together is such an imperfect experience.

If you look at telehealth, it was and still is a very basic product. I mean, test results come to Toronto Public Health from laboratories on a fax machine. That’s got to be an opportunity for somebody.

The tech sector is a major contributor to the economy and to employment. What does this all mean to the overall economy here in Toronto?

One of the disadvantages of being a small country full of smart people is you tend to rely on international sales and investors to fuel your business. I’m confident this smartness will get us back off to a fairly fast start, but it’s going to need some cooperation from the rest of the world and we’ll have to see if that comes.

I think it will. I think the yearning for innovation and new applications and software to do things that we realize need to be done in the new normal is going to be great.

As soon as it’s practical and legal to travel, people like me have to get back out there and continue to sell the city because it’s still not as well known a tech hub as, say, Silicon Valley or even New York or Boston.

A number of efforts have been implemented to help individuals and businesses mitigate the pandemic, but what else can be done by any level of government including your own?

In the case of the federal government, I hope they can move as quickly as possible to reopen the borders without being dangerous and keeping public health in mind, because that international flow of commerce, money and smart people is crucial to the tech sector almost more so than any other.

Where you can hold me to account is, if you check back in a few months and say well, ‘All right, how much did you act as a purchaser of local technology?’ We’ve tried really hard in the city government to use Miovision for some of our traffic and transportation initiatives and we are using Ritual to help us with the digitization of the ferry boats and laterally with a program we announced together with the restaurant industry to help people digitize their business.

Government can be the purchaser of the technology developed by our own people as international markets take some time to come back.

The Collision conference is happening virtually this year, what will you miss about attending physically and what are the benefits of doing it virtually?

I’ve often said that when a city has the Olympics, it’s not about the people who come and stay at the hotels and watch the games and so on, it’s about the aftermath where those people met somebody and saw an opportunity to invest or found a business partner.

In-person conferences are, of course, better that way, but at least a powerful brand will be reinforced on a virtual basis. We will get the wisdom of the people who speak and participate and people will hopefully be reminded of the fact that we’ll put on an in-person Collision that’s bigger and better than ever next year.

Mayor John Tory talks about his plan for the city as part of the Collision at Home conference on Tuesday, June 23.