What can we do to safeguard against future disruptions in supply chains?

The COVID-19 crisis has delivered a shock to the global capitalist system, upending traditional supply chains. Companies have had to get creative. 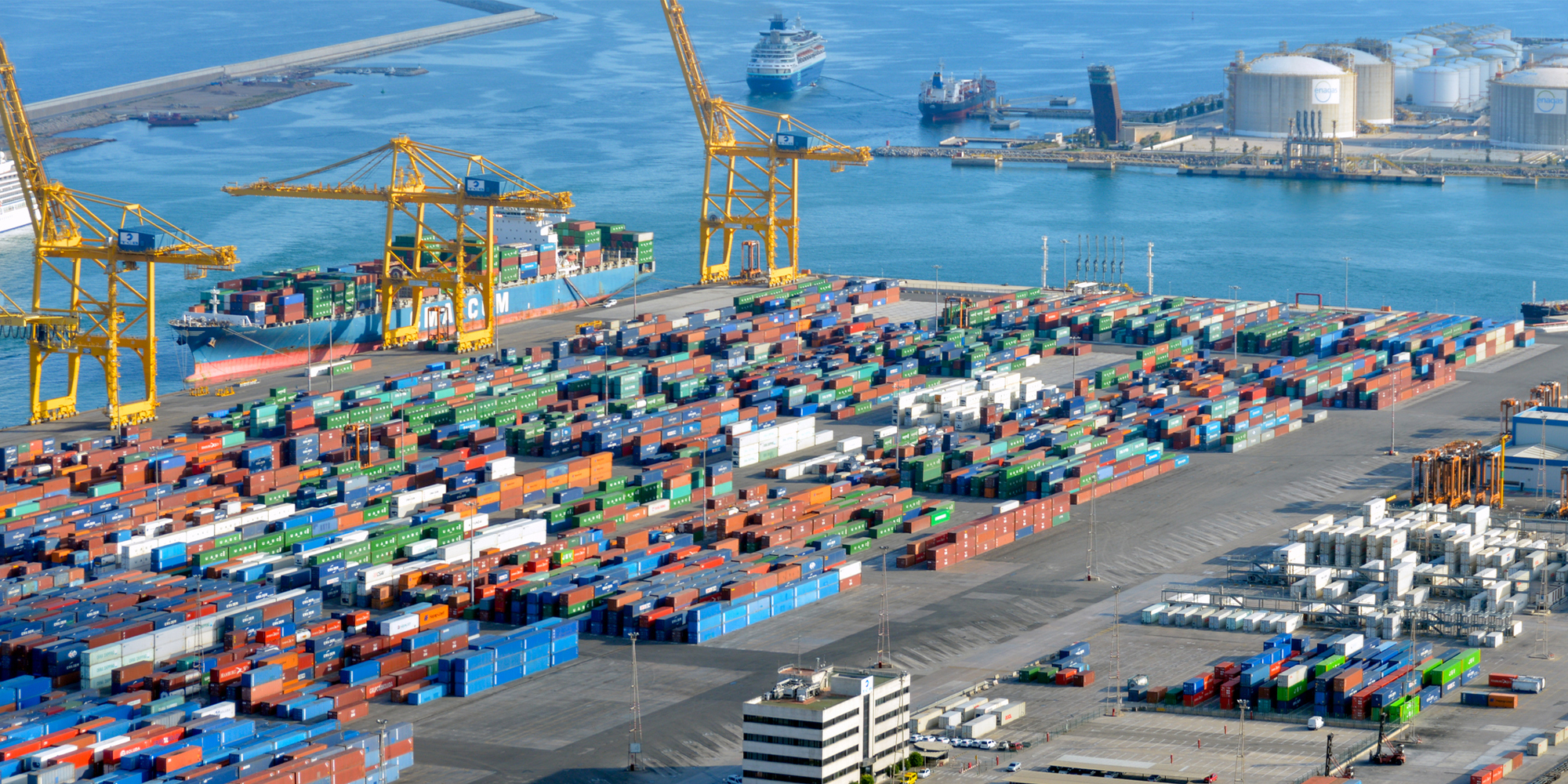 For Adam Steinhoff, co-founder and CEO of the Toronto startup Solaris Disinfection Inc., the outbreak of COVID-19 brought both an opportunity and a challenge. The company produces the Solaris Lytbot, a vaguely humanoid robot with a rotating head. Like WALL-E in the eponymous Pixar movie, the Lytbot is programed to clean. In a busy hospital, overworked orderlies with rubber gloves and spray bottles can only do so much to rid their workspaces of deadly pathogens. The Lytbot — which sells for $65,000 — can be brought in to finish the job. As the robotic head swivels, it bathes the room in ultraviolet light, killing viruses and bacterial spores. When stories of a viral outbreak in Wuhan hit the news in December and January, Steinhoff knew his robot would be in high demand. But would he be able to keep producing it?

Like most manufacturing companies, Solaris makes its products not in local artisanal workshops but via an international network of component manufacturers — that is, a supply chain. The company sources parts from Guangdong, China, and also Hubei, from which the novel coronavirus originated. When the Chinese government shut down Hubei in a desperate attempt to slow the pandemic, it shut down Solaris’s suppliers, too. But orders for the Lytbot kept pouring in. “We were trying hard to fill demand,” says Steinhoff, “but with unprecedented backend challenges.”

These kinds of stories are playing out, in various ways, across the world. The COVID-19 crisis has delivered a shock to the global capitalist system, and Canadian startups are hardly immune. Everyone is scrambling. Scott Shayko, CEO of EnvisionSQ, a research and development company that makes anti-pollution systems, has had to tell customers that orders may be delayed by months. Essam Elsahwi, CEO of Aquova Inc. — a startup that makes AI probes to help mining companies improve yield and reduce operating costs — recently suited up, grabbed a soldering iron, and started assembling products by hand. The pandemic has raised critical questions: Are our international supply chains really built to withstand unexpected events? And what can we do to safeguard against future disruptions?

Problems in the pipeline 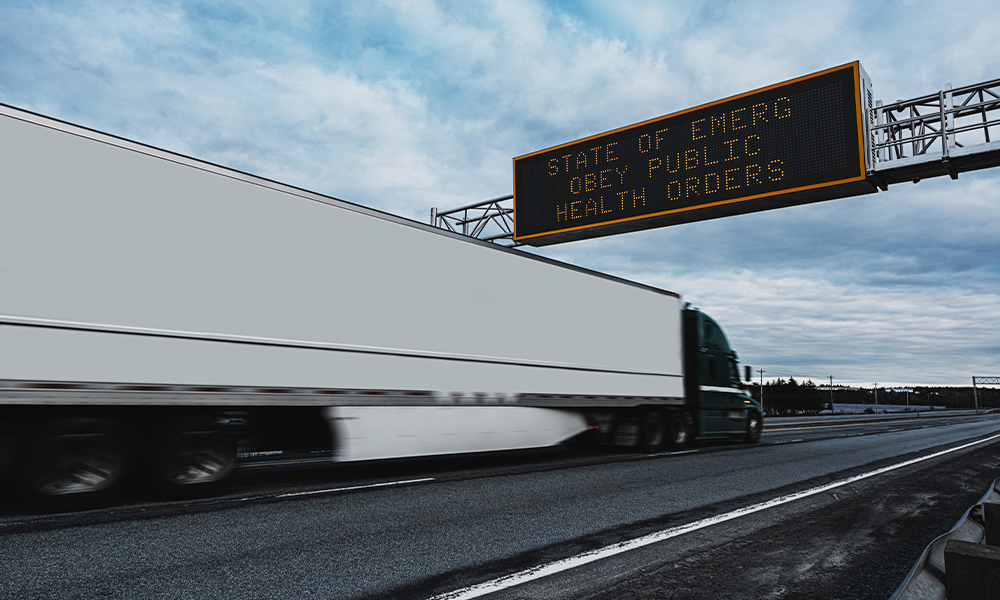 You can think of a supply chain as a kind of pipeline, linking parts producers to goods manufacturers to sellers and, ultimately, to you. That pipeline is now blocked in many places. First, there’s the workforce problem. If factories are experiencing slowdowns because their workers are sick — or if they’re being shut down completely by government edict — they’re not going to reliably fill their orders. This breakdown, in turn, causes other problems further along the chain. If an advanced manufacturer can’t get the components it needs, it too will produce goods at a slower pace. Then, there’s the transportation issues. Border holdups are delaying shipments, and truck drivers are sometimes unable to make deliveries because they can no longer reliably buy food on the road.

Finally, there’s the demand effect. Suppliers simply can’t keep up with unexpected surges in orders for specific products, like hand sanitizer, surgical masks, and hospital gowns. And makers of such goods are facing pressure to favour domestic markets over international buyers. These wild changes in demand are creating a kind of information fog, through which few companies can see. “Just as epidemiologists have models for the progression of the disease, suppliers need models to figure out how the disease will affect demand,” says Opher Baron, a professor at the Rotman School of Management. “Right now, nobody seems to know what’s going on.”

When Hubei shut down, Steinhoff and his partners started working the phones, desperately seeking new companies in Guangdong that could sub in for the missing purveyors. “We had a resourceful team on the ground in China,” says Steinhoff. “We said, ‘You know what we need. You know who’s over there. Get going, and figure it out.’” As soon as the company had patched that breach, though, fresh problems emerged. Some Guangdong contractors started diverting their workforce to produce other goods, like hospital ventilators for the Chinese market. Orders that did arrive in Canada were weeks late. “The global logistics system, run by companies like DHL and FedEx, was overloaded and in disarray,” says Steinhoff. “Nobody was guaranteeing their shipment times.”

So, Steinhoff decided to bring on Toronto fabricators, who typically make Solaris prototypes, as small-batch parts producers. Within a few weeks, he’d effectively built a southern-Ontario supply chain. Because Solaris is relying on high-paid Canadian labour and producing under tight deadlines, its costs have skyrocketed, eating into profits, but at least the company is keeping pace with orders. “In the last four weeks,” says Steinhoff, “we’ve sold 80 percent of our 2020 target.”

For Shayko, the CEO of EnvisionSQ, the last few months have also brought a cascading series of disruptions. The company is currently scaling up production of its SmogStop Filter, a device installed in factory and residential HVAC systems to reduce air pollutants. Parts shipments from China have been delayed, and people at both the L.A. firm that designed the product and the Calgary plant that assembles it, can’t come in to work. It’s depleting revenues. “The whole thing has been a nightmare,” says Shayko.

The vulnerability of lean manufacturing 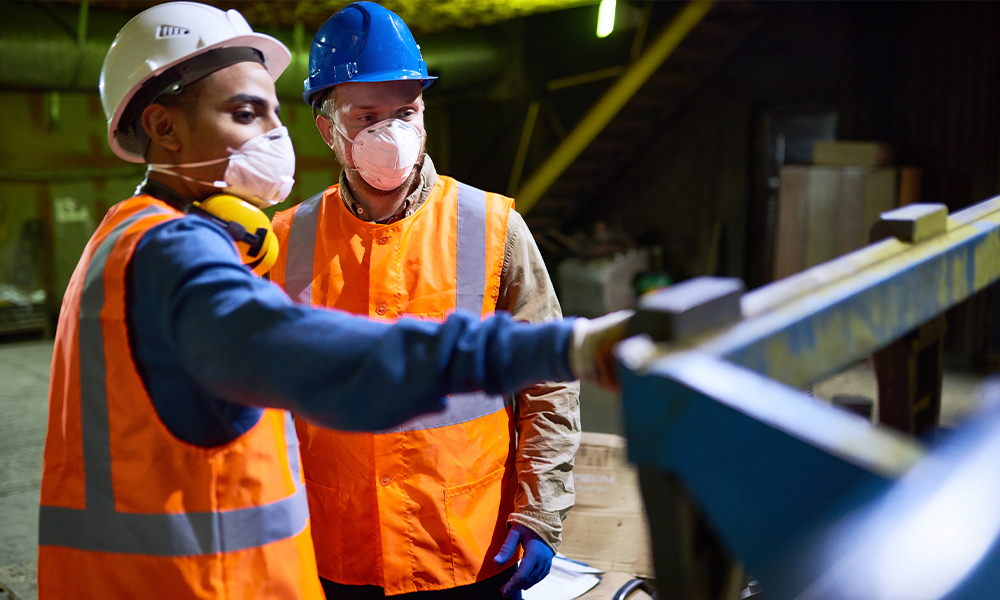 Around the world, such logistical issues are compounded by a larger problem: supply chains today aren’t designed to be quickly reconfigured. There was a time when manufacturers bought bulk component orders from a range of sources. In the 1990s, however, all of that changed. Two Japanese car companies, Toyota and Honda, discovered that they could reduce costs — and bolster profits — by thinning out their production processes. Instead of depending on a large base of suppliers, they contracted to a limited number of hyper-competitive firms. Instead of buying more components than they might need, they made small, just-in-time orders, which were perfectly calculated to meet demand.

These companies ushered in the era of so-called lean manufacturing, built around hyper-coordinated supply chains with tight profit margins and even tighter time frames. By reducing costs, the system makes goods affordable, but it permits only a narrow margin of error: even small disruptions can cause significant breakdowns. “In ordinary times, lean manufacturing makes sense,” says Kai Huang, a professor at the DeGroote School of Business. “But in a pandemic, it isn’t helpful. If you have only one supplier and you lose it, you are suddenly in trouble.”

The importance of a good network 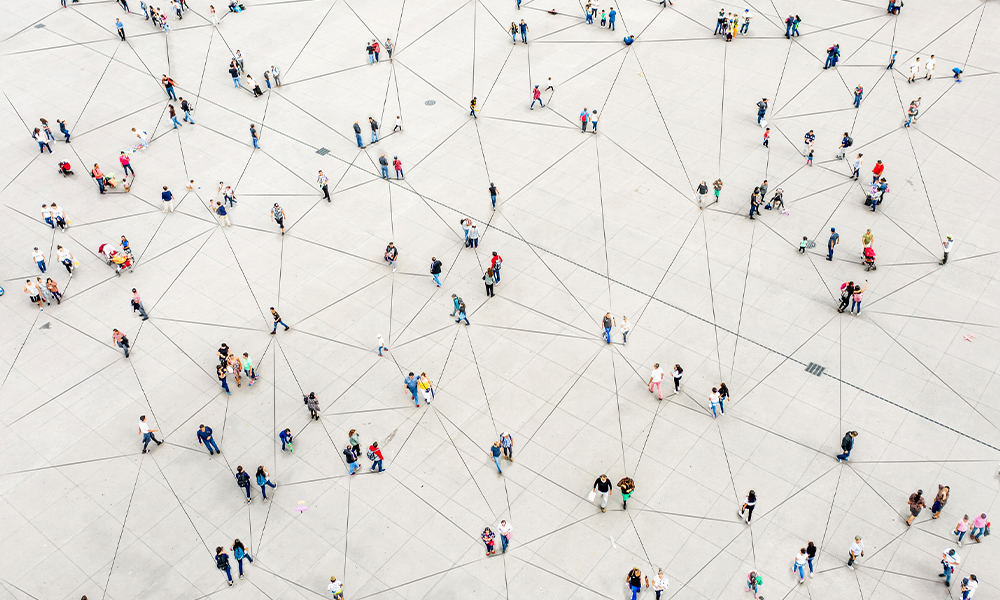 Mark Morley, of the Canadian software company OpenText, hopes to steer manufacturers through the crisis, in part by helping them adapt in a lean economy not always built for adaptability. Morley is director of strategic product marketing for the OpenText Business Network, a cloud-based platform that connects manufacturers with suppliers, carriers, warehouses, banks and customs agencies — anybody involved in the production-and-transportation process. Roughly 1.2 million companies use the system, with 26 billion transactions daily.

Because of the size of the network, OpenText has a rolodex of parts suppliers — a critical advantage at this moment in time. For example, the firm is currently connecting major North American car manufacturers with producers of titanium castings, tiny motors, and miniature pumps — parts needed not for automobiles but for hospital ventilators. It’s also leveraging its network to see through the fog of the pandemic. Thanks to sensors installed on shipping pallets, the firm can determine quickly whether a shipment has been held up or lost. And by gathering data from both retail point-of-sales systems and sensors mounted on store shelves, the company can monitor real-time demand for certain key products. “We can determine the consumption rates, store by store, of a particular brand of hand sanitizer,” says Morley. “With our help, companies can best place their inventory where it’s needed most.”

Such fixes, important as they might be, are unlikely to singlehandedly solve the larger structural problems within the global trading system. To that end, a rethink is in order. It’s hard to imagine North American companies bringing all of their manufacturing back to the West: such a move would send prices skyward. “Cheaper is not the right word to describe international production processes,” says Elsahwi, the Aquova CEO. “Cheaper implies a 10 or 20 percent reduction,” but outsourcing has saved his company much more. “I’m talking 90 percent,” he explains. Clearly, globalization isn’t going anywhere.

Still, companies may look to do at least some manufacturing domestically, if only as a backstop for when the international system falters. Moreover, they will likely stop fetishizing leanness as the ultimate marker of success. “If the pandemic is long-term, businesses with more redundancy may prevail,” says Huang. Their survival will send a message: leanness isn’t everything. When you cut fat, you also reduce adaptability.

For Steinhoff, the Solaris CEO, the last four months have been instructive. “I’ve always believed that, if you have one plan, that means you have none, and if you have two plans, that means you have one,” he says, paraphrasing the podcaster and retired Navy SEAL Jocko Willink. He’s grateful that he had a local network he could retain on the fly; without it, he might’ve been stuck. In the future, his company may well continue to rely on both Chinese and Canadian suppliers, even if such an approach seems insufficiently lean. “I’m not comfortable standing around in my underpants when a crisis hits,” says Steinhoff. “So, I’ll allow for redundancy at my shop.”