TORONTO, September 28, 2017 — Yung Wu, a pioneering entrepreneur and serial investor, will be the new CEO of MaRS Discovery District, the board of directors announced today.

Wu will start at MaRS on November 1, 2017, the culmination of a global search to find a successor to outgoing CEO Ilse Treurnicht. 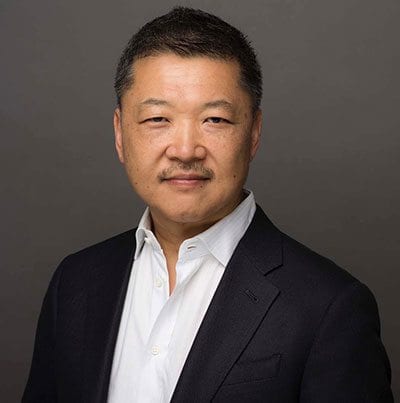 Wu is chairman of NFQ Ventures, an early-stage investment firm based in Toronto, and has a track record of founding, scaling and actively backing several groundbreaking startups, including: Castek Software, an insurance software vendor that was sold to a division of Oracle in 2007; Fuse Powered, a mobile analytics and big data firm that was purchased by Upsight in 2016; and Antibe Therapeutics, a biotech company developing medicines to treat pain and inflammation.

“MaRS is pleased to welcome aboard an extremely successful entrepreneur who understands the full cycle of innovation – from seed stage financing to global scaling,” said Gord Nixon, chair of the board of directors at MaRS. “The Canadian startup ecosystem is going through tremendous growth, and our talent and inventiveness is attracting attention around the world.”

Wu said he views MaRS as a unique platform to help innovators build global, made-in-Canada companies that can truly change the world.

“What attracted me to this opportunity was the promise of supporting entrepreneurs and early stage companies with transformative and viable innovations to create broad economic and social impact,” said Wu. “As an entrepreneur, I know that timing is critical and we have a unique window of opportunity to make Canada an international destination for great founders, not just a source of top talent. After building and launching several global companies from Toronto, I’m thrilled to see a new level of confidence in this city’s maturing innovation ecosystem.”

Wu has been recognized as one of Canada’s “Top 40 under 40” leaders and for leading one of the country’s “50 Best Managed Private Companies.”

Along with the board, Wu paid tribute to his predecessor’s “visionary and unshakable belief that collaborative innovation will provide solutions to society’s problems. I am honoured to step into this role.”

Nixon echoed Wu’s sentiments, saying the board remains grateful to Ilse Treurnicht for her “vision, leadership and unwavering commitment to the organization over the years.”

Treurnicht said she was pleased that the board “has chosen such a thoughtful and well-respected innovator to guide MaRS through its next stage of development.”

About MaRS Discovery District
MaRS Discovery District (@MaRSDD) in Toronto is one of the world’s largest urban innovation hubs. Our purpose is to help innovators change the world. MaRS supports promising ventures tackling key challenges in the health, cleantech, finance & commerce, as well as work & learning sectors as they start, grow and scale. In addition, the MaRS community fosters cross-disciplinary collaboration to drive breakthrough discoveries and new solutions to be adopted in Canada and beyond, growing our economy and delivering societal impact at scale.