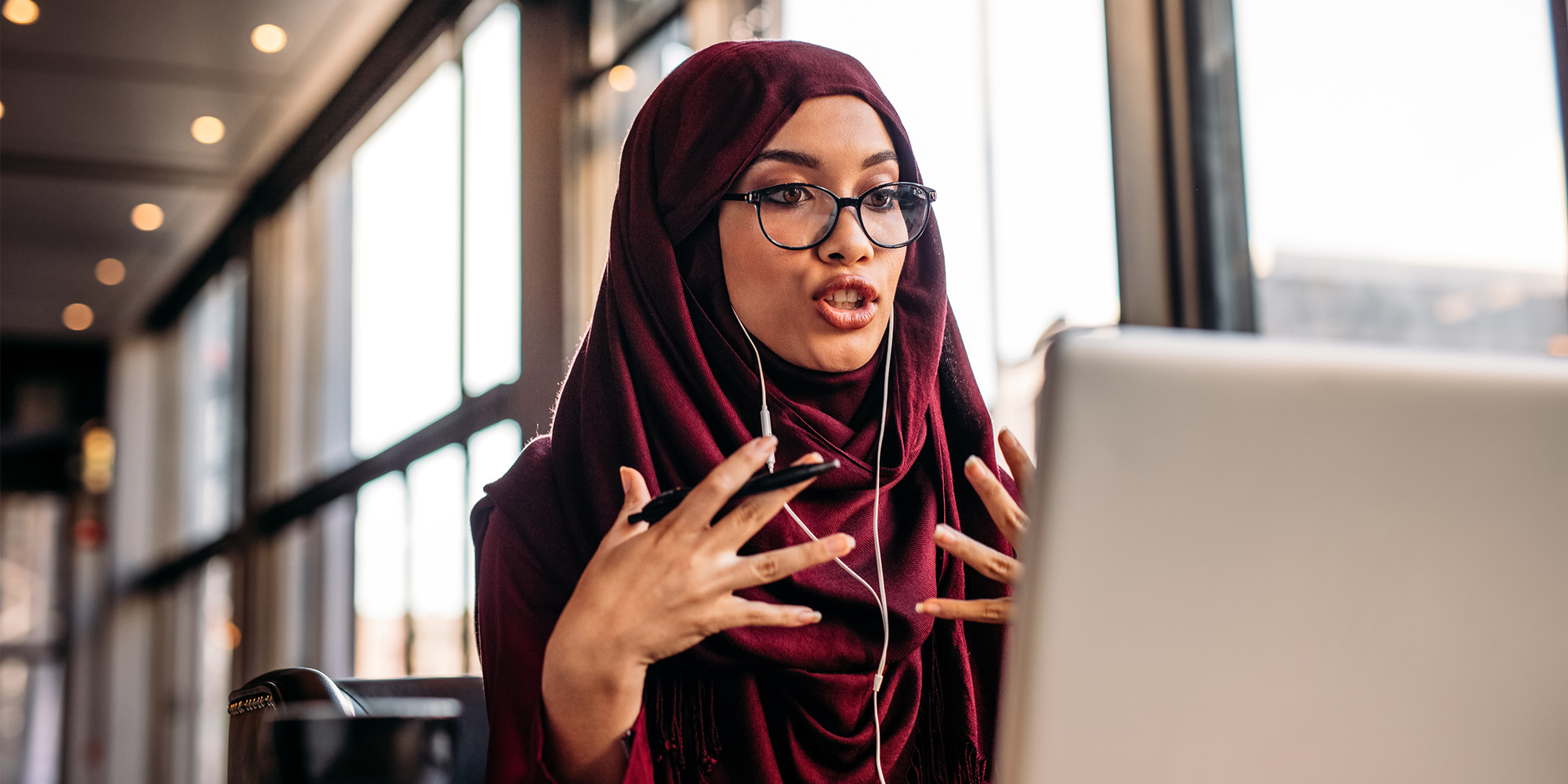 Work is changing rapidly. Here’s how women are being affected by industry disruption, making their own changes and future-proofing their careers.

“We are still, in fact, swimming in a sea of dudes.”

That’s how Macy Siu, a foresight strategist at From Later, began her keynote speech at Imagining the Futures of Womxn’s Work. The recent event brought together a diverse group of panelists and audience members for an in-depth and incisive conversation about the future of women’s work. Siu’s speech set the tone for the rest of the night: She argued that the world of work still defines itself in male terms, rendering it inadequate for women. For women to truly succeed, she said, they need to define work for themselves, rather than trying to match men.

Despite a lot of progress, the work world isn’t yet equitable. Many women are still facing a large wage gap — according to Statistics Canada, in 2018, women earned on average $0.87 for every dollar earned by men. The “glass ceiling,” an invisible barrier that stops women’s professional advancement, also still exists — especially for women at the top of the corporate ladder where the wage gap is even more pronounced. According to a recent study by the Canadian Centre for Policy Alternatives, women in top executive positions make $0.68 for every dollar a man makes.

Given the rapid development of technology and the globalization of work, many sectors and the very nature of work itself is changing. Many of the changes are being led by women, and the panel discussion at the event focused on these changes. The three panelists discussed disruptions in the workplace, who is being left behind in this era of growth and how to future-proof your businesses. Here are the key takeaways on the future of work.

When we talk to our devices, we are often talking to a female-coded entity. And this feminization of AI — why Siri and Alexa have feminine voices — implies the automation of emotional labour, Siu said. She noted that emotional labour, that is, the management of one’s emotions to fulfill a job, is often seen as the work of women, and roles that required a high degree of emotional intelligence, such as secretaries, flight attendants, nurses and teachers, have traditionally been filled by women. AI reflects our predisposition toward feminine emotional labour: We imagine the assistants in our lives as women, and this extends to our digital assistants.

While it’s hard to predict how AI might change the fields of female-dominated professions that require a high degree of emotional labour, the consensus is that the rising proliferation of increasingly complex AI in our everyday life will change our relationship with these technologies as well as our use of them. Whether or not that means that women will be pushed out of these industries has yet to be seen.

For women to succeed in the workplace, there needs to be changes made at the infrastructure level

If the scaffolding that makes up a workplace isn’t designed with women in mind, women often feel pushed out. All too often, policies and design strategies surrounding the workplace are not designed with women in mind, said Radha Mistry, the foresight practice leader at 3D design software company Autodesk, who helps the company and its stakeholders understand the impact of their new technologies. Aside from literal physical spaces, like the lack of space for nursing mothers, HR infrastructure also needs to be redesigned with inclusion in mind: “The more we change the pipeline, [the more we’ll change] who ends up becoming the decision-makers in leadership positions,” Mistry said.

Women are, of course, making changes of their own. Alexandra McCalla is the co-founder of Air Matrix, a startup which helps cities prepare for and take advantage of the emerging drone industry: “A lot of women are future-proofing what they’re doing,” McCalla said. “There have been a lot of tools that have come out that are great at empowering people who are building their own company.” McCalla pointed to digital platforms that allow users to build beyond the platform’s intended use, such as Instagram’s “shoppable” feature.

Women-led companies are seeing a larger number of investors

According to a recent study from BDC Investments, women now make up 28 percent of all entrepreneurs in Canada, and their numbers are rising 3.1 times faster than men.

Even more promising, women-led companies, as well as companies with a large proportion of women in leadership positions, are seeing an increase in investors. In startups specifically, “there is a growing awareness of how women-led companies are more profitable and built more sustainably,” McCalla said. For instance, CNN reported that in 2018, female entrepreneurs got 15 times more venture capital investment than they did in 2010, and this trend points toward investors’ interest in women-led companies.

Motherhood need not be a penalty

Childcare has long been a barrier for women who wish to have both a career and children. Nehal El-Hadi, a Toronto-based writer and researcher whose work focuses on the relationships between the body, technology and place, commented that through the lack of social policy, “you are penalized for having children.” El-Hadi advocated for social policy changes like comprehensive childcare and flexible work options like work at home and teleconferencing.

Though the panelists agreed on this point, they also noted that motherhood and parenting in general are increasingly being accommodated in the workplace. “It’s really about having work environments that benefit all genders, because no one does their best work in such a stringent environment,” said McCalla. She also noted that more workplaces are committed to flexible scheduling for those with families: “It’s about creating environments where people can actually do their best, and that empowers everyone to manage their time.” Mistry’s company Autodesk, for instance, offers paid sabbaticals and “wellness rooms” for everyone’s use.

The future of work is global

When asked about changes that need to be made to overcome current barriers for women in the workplace, El-Hadi noted that the future of work is global and we need to keep that in mind. “You can’t consider certain progress with where things are here until you think about all the global connections that come through, in terms of labour, material, supplies, knowledge, market and audience,” she said. Technological advances, the interconnected nature of communication and our current era of globalized economies means that work can no longer be confined to localities. Work and work environments need to be aware of the impact they will have on people around the world.