5 recommendations for Uber and other car-sharing services 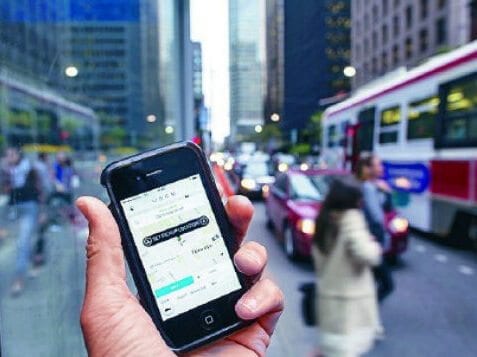 From driver training to car insurance, here are some recommendations set out in the MaRS Solutions Lab report.

The city’s municipal licensing and standards division is expected to introduce long-awaited new regulations to cover Uber next week. It is unclear what the city will recommend, but the MaRS Solutions Lab offers some ideas.

City hall currently sets the fares for all taxis, including the drop rate and per kilometre costs. Uber sets its own rate, depending on type of service and takes a commission of up to 25 per cent.

The report recommends that street-hailed rides still be regulated, but individual taxi brokerages be allowed to set their own rates if the ride is pre-booked.

Uber uses a controversial surge-pricing model, where regular rates can be doubled or tripled or even more when demand is high and the supply of cars is low. But the consumer must consent to increased rate, or have the option to decline.

By deregulating fares, taxi companies would have every chance to compete — and a taxi brokerage could bring in surge pricing, if it wished.

Fare evasion is a constant threat for taxi drivers, which leads to drivers profiling passengers, being selective of who they pick up or avoid certain neighbourhoods they consider high-risk.

And passengers increasingly worry about becoming victims of fraud if they use a debit or credit card for their ride, due to banking information being copied with point of sales terminals.

All drivers need to be screened with background checks, with the same rules for everyone, with the city doing periodic audits. All vehicles must be inspected before it is taken on the road, with inspections permitted at any mechanic shop. Flexible licensing fees are needed — one for the company and another for drivers. In Calgary, drivers pay a yearly licensing fee of $220 and companies pay $1,753. In Edmonton, Uber has an annual fee for $70,000 and drivers pay 6 cents per trip.

Toronto’s taxi drivers must pass a full-time 17-day training program to become licensed, and then take a refresher course every four years. Meanwhile, UberX drivers watch a short online video, though they receive instant feedback on their service as passengers rate their drivers.

The city should set the criteria for a basic training program, but leave it to the taxi brokerages or companies such as Uber to provide the training. Requirements could vary depending on the number of hours a driver is working.

Every vehicle must have appropriate insurance, but barriers need to be removed to allow for new products or hybrid products to cover UberX drivers. At the same time, commercial insurance for taxicabs, which can range from $4,000 to $7,000 a year, should be lowered. Policies should be developed to allow for co-operative fleet insurance that rewards drivers with good records with a discount.