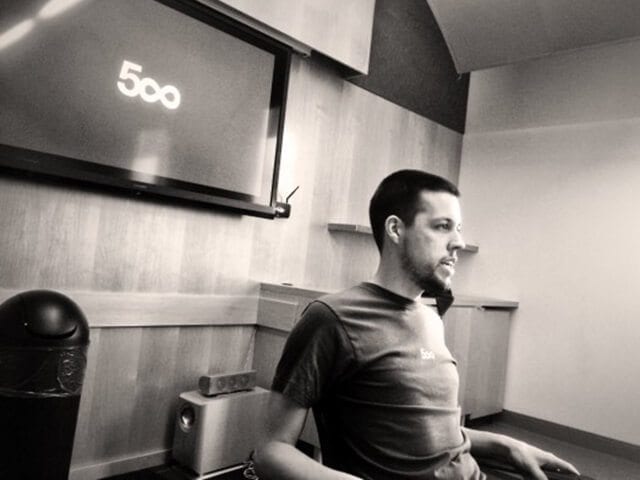 Note: This post originally appeared on JOLT. It has been reposted here with permission from the author.

Known for its slick, user-friendly site geared at photo-sharing enthusiasts, 500px has grown from just a handful of employees to a team of more than 45.

Adam Shutsa, who joined 500px in 2009 and is now its VP of design, recently sat down for an exclusive chat with JOLT to share with startups what works—and what doesn’t—while building a product and scaling to the next level.

Agree on a vision statement that can be boiled down to a single sentence. This will ensure a team moves forward in a single direction when designing and building product. It can also help on the hiring front, because new employees will be aligned to a common goal.

What is 500px’s vision? “We want to show off everyone’s great photos,” says Shutsa. “Anytime we have a high-level discussion that’s always the guiding light.”

When design questions pop up during the early days of a venture it’s often easier to just tap someone on their shoulder and ask them about it. But that quickly becomes inefficient—and distracting—as a company expands, warns Shutsa. So email, text or find other ways to effectively communicate.

“Being able to share ideas and knowledge with your team is the most important part,” says Shutsa, whose executive team holds a weekly progress meeting. “That’s probably the number one reason a lot of startups don’t’ succeed: They break down on the communication.”

3. Tailor suggestions to the design phase

Verne Ho, director of design at Shopify, is behind some of the best design-related advice Shutsa says he has received: During the early days of designing a product, at the divergent phase, it’s best for a startup’s team to research and iterate.

Later on, during the so-called convergent phase of design, keep suggestions for improvements limited to specific changes—like tweaking the pixel count on an image or moving a site’s navigation buttons around. “Giving a suggestion in the wrong phase can completely flip around a designer’s or product manager’s day,” says Shutsa. “Give the proper feedback.”

4. Engage with your users

500px hosts weekly “meetups” so that four of their users can come in and address problems the startup’s team is facing with new features or corners of its site. But team members avoid questions that are too leading. They’ll ask testers to walk them through the steps they take to navigate a site, for instance, rather than asking why they didn’t choose a particular button or link.

500px’s team also keeps certain personas in mind and asks whether those hypothetical consumers would enjoy the experience as a team member goes through the workflow.

Style guides can help multiple employees remain consistent when it comes to a site’s look or product’s packaging. “Have a document so you can always say this is how we did it,” suggests Shutsa. “It saves you time and makes things consistent.”