To bootstrap or not to bootstrap? That is the question 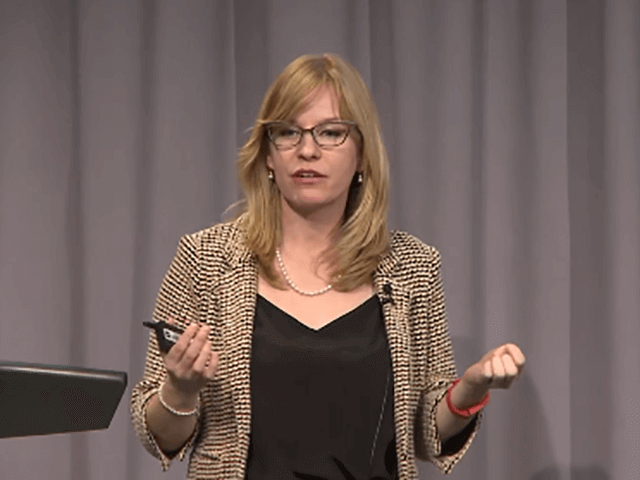 Some entrepreneurs have no choice but to bootstrap, while other entrepreneurs refuse to finance their business any other way. But what is bootstrapping, exactly? Effectively, bootstrapping is funding a startup by any method that does not rely on outside investment, venture capital or angel investing.

When you’re bootstrapping, capital can come from any combination of the following sources:

At last week’s Entrepreneurship 101 lecture we had the privilege of hearing some solid insights about what to consider when financing your business through these alternative methods from a panel of entrepreneurs and startup advisors. Moderated by Keri Damen, MaRS’ own director of entrepreneurship programs, the panel consisted of Joanna Griffiths, founder and CEO of Knixwear; Mark Sales, CEO of Greyter Water Systems; and Mike Betts, president of Castlegar Management.

Know your market and your customers’ needs

Before you say “Challenge accepted!” to bootstrapping, make sure you have a product that the market actually needs. Despite the increased democratization of capital distribution that has come about through fundraising methods like crowdfunding, raising money is still not an easy task and still requires accountability.

Mike suggested that actually talking to people who might buy your product is a good way of positioning yourself to gain strategic capital. That way, you ensure that you’re providing a product that customers want to spend money on, while also validating your business model. For example, Joanna focused on customer acquisition and sold her product early through a crowdfunding campaign in order to contribute to Knixwear’s early capital. In fact, the feedback she received through the crowdfunding campaign was what shaped Knixwear’s current product offerings.

However, Joanna encouraged entrepreneurs to remember that crowdfunding-based capital is not free money. A crowdfunding campaign is a round-the-clock job, and some companies have lost money through this avenue because of varying degrees of negligence (i.e. incorrect pricing, difficulty in fulfilling rewards or delivering products).

Focus and have clear goals

One effective way of managing your business through the bootstrapping phase is to set clear goals and to be realistic about the amount of money that you need. According to Mark, when his team was getting ready to bootstrap their first question was: “What resources do we have on our own?”

In his experience, financing a few things out of the team’s own pockets first actually helped to better position Greyter Water Systems to attract capital. Mark also recommended that startups focus on building out the products that are already generating revenues. This is particularly important given that, while bootstrapping, it is difficult to prioritize how to use the limited amount of time and money that you have available.

Joanna also mentioned the lack of transparency in crowdfunding. Funding targets should not be based on those of other campaigns, because you don’t know what’s actually going on in the background.

“Put your ego on the line”

Putting your ego on the line is a requirement for any bootstrapping entrepreneur, according to Mark, whose company shared an office space with the company of one of his associates when starting out.

The panellists also explained that entrepreneurs should not be afraid to ask for advice and help. Asking for advice can lead to useful introductions for your business in the long run, and leaving your ego at the door also leads to understanding what true “control” means when you begin to look for investment. Many entrepreneurs are afraid of losing the majority share of their company. However, Mark suggested that “making that 10% share increase in dollar value one day” is more important than having a majority share. He also recommended making an effort to learn from every investor meeting because those meetings will shake your business plan and poke holes in it.

Finally, the panel advised entrepreneurs to put in the time and hard work that bootstrapping really requires. It may be hard work, but it’s worth it, and the more you can do to demonstrate the strength of your startup in the bootstrapping phase, the better positioned you will be to attract the right investors.

For more information on what to consider when bootstrapping your startup, check out the lecture video.

Next lecture: Meet the Entrepreneurs – Social Innovation on April 16, 2014