Business recognition of a child’s right to personal data protection 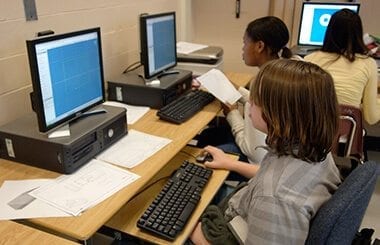 However, when any of those decisions neglect the prime importance of acting in the best interest of the child, ethical issues arise and advocates—usually parents—are moved to action.

Collection and storage of student data

inBloom, a non-profit company in the United States, was off to a meteoric rise before a series of protests from parents and privacy advocates almost completely halted its progress. The controversial issue that was raised by these parents and advocacy groups involved the mass collection and distribution of student data that was susceptible to security and privacy exploitations. With the rise of the public’s awareness of security and privacy issues in the commercial marketplace, many lack trust in the industry’s ability to protect sensitive data. Likewise, many companies are unable to properly defend their information-handling practices.

inBloom was unable to convince parents and administrators that their product was safe and secure for children’s personal information. Their model of distributing children’s information to third-party software developers exposed children’s vulnerability to potential commercial exploitations, as well as future exploitations. For example, disciplinary data on individual students could prevent them from obtaining meaningful employment. Also, the children’s information could be used by aggressive marketers and advertisers vying for the lucrative children’s market.

Despite assurances from inBloom that the information gathered would only be used for the approved and intended purposes, fears of privacy breaches and mishandling of vulnerable data got the better of parents and decisions-makers. Earlier this month, after losing contracts with seven other states, inBloom lost its contract with New York State. After the decision was made, one superintendent commented: “The planned upload of student data into the national inBloom superstructure generated many privacy, profiteering and profiling concerns.” 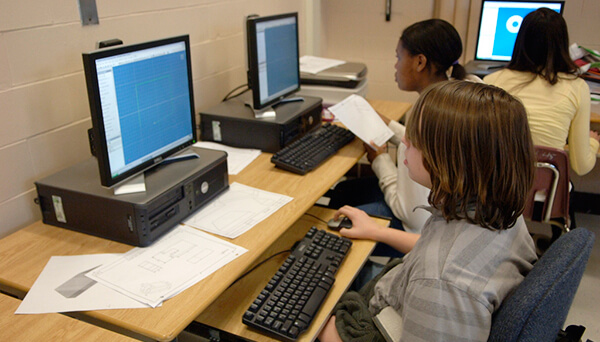 So what makes children and their data particularly vulnerable in our society? As I mentioned, adults make the large majority of decisions for children. Those decisions are supposed to be in the best interest of the individual child. With the increasing influence of commercial activities in the lives of children, ethical decisions based on vulnerabilities are becoming harder to make. How often have parents given in to their child’s request for an addictive gaming app on a tablet, despite growing evidence that too much screen time can be detrimental to a child’s healthy development? How many schools are uploading student data to the cloud to better manage testing scores and disciplinary records, despite growing protests about the security and privacy of that data?

According to Class Size Matters, in the case of inBloom, children’s personal information was to be stored on a data cloud run by Amazon.com, with an operating system by Wireless/Amplify, a subsidiary of Rupert Murdoch’s News Corporation. Google is another major player in the education sphere—a company that relies on advertising revenue based on user’s personal information. Likewise, Microsoft has many ongoing projects within public education with the hopes of creating long-lasting and loyal consumers of proprietary technologies. Children’s lack of decision-making power in most aspects of their lives makes them vulnerable to powerful commercial enterprises with fiduciary responsibilities to their shareholders.

These businesses are increasingly creating and influencing the experiences of childhood, whether through children’s education institutions, the apps they use at home or the video games they play. This is problematic if the sole purpose of a business is to maximize profit without specific ethical regard for children’s well-being and learning objectives.

Protection of children’s well-being and rights

The legal systems in Canada and the US have long recognized the unique vulnerabilities of children when it comes to social services, court hearings, healthcare and education. With so many companies entering the commercial marketplace where children are a main consumer or audience, it is time that businesses understand these unique vulnerabilities and structure their business activities to respect, promote and remediate children’s well-being and rights. Furthermore, considering the increasing influence of commercial activities in children’s lives, companies have an ethical responsibility to design a business that maintains the best interest of children while not exploiting them.

For more information, links and resources check out Nick’s website at www.nickpetten.com. You can reach him at npetten@marsdd.com with any questions or requests.

Feature photo credit: Greece Odyssey 254 by US Department of Education, used under CC BY 2.0 / cropped