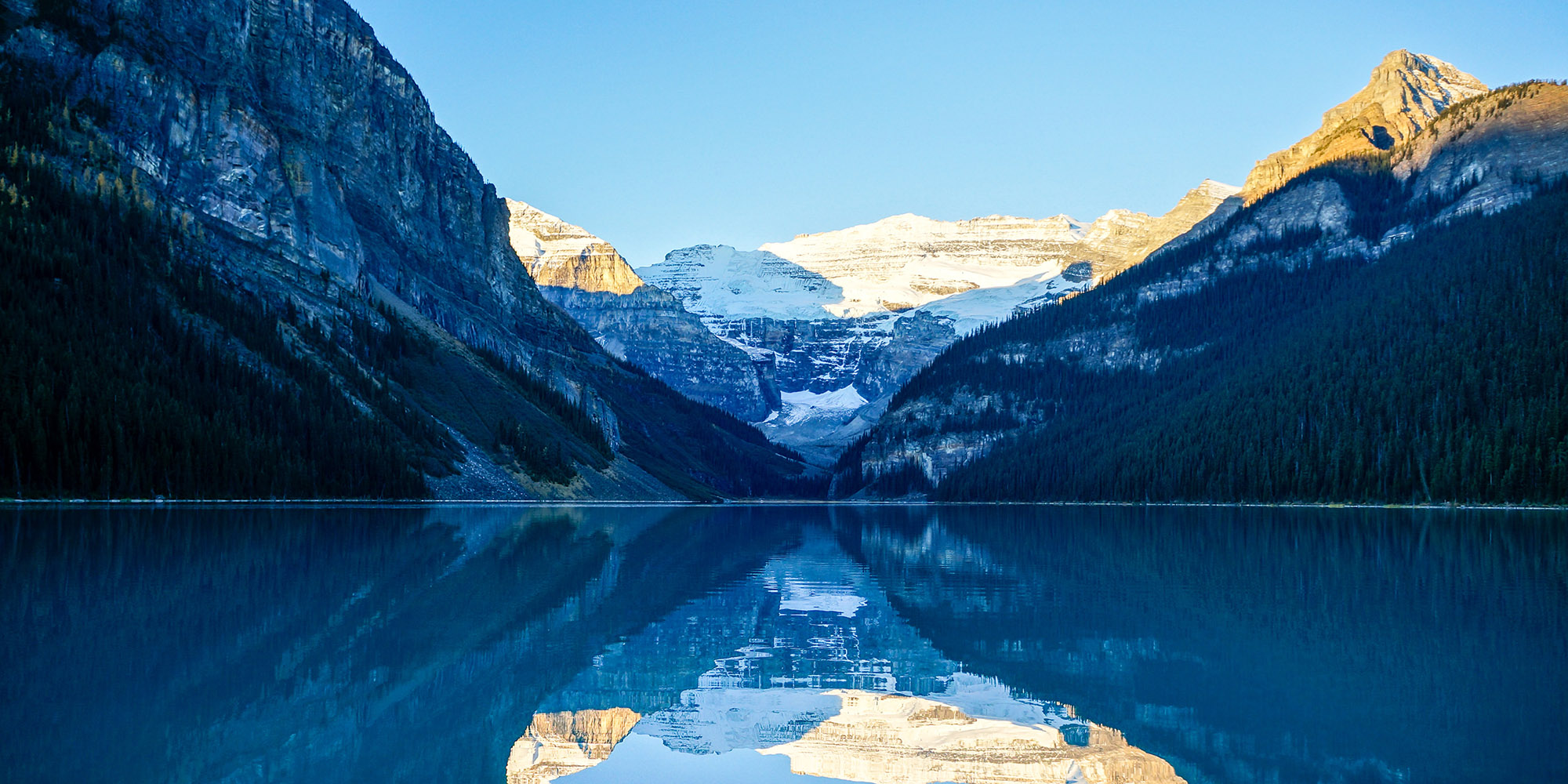 Canada continues to play the role of upstart in the rapidly-growing green technology industry. Twelve Canadian companies, including seven MaRS-supported ones, were selected for the 2020 Global Cleantech 100, an annual ranking of the world’s top green technology companies.

For the third year in a row, at least 12 Canadian companies — more than any other country after the United States — have made the list, published by the Cleantech Group, a research and advisory firm based in San Francisco. And this year, these home-grown ventures beat out more than 13,900 companies from 93 countries. Canada’s burgeoning cleantech sector has made remarkable progress since 2009, when just one Canadian company made the inaugural list.

The list illustrates the large role local companies will play in the cleantech sector, says Jon Dogterom, senior vice-president of venture services at MaRS. “It’s becoming increasingly clear that Canadian tech will play a significant role in the emerging $2.3-trillion cleantech market,” he says. “Our role will be important in not only helping to mitigate climate disruption, but also in diversifying the Canadian economy.”

Here’s a closer look at each of this year’s Cleantech 100 winners, and how each one is shaping the future of the industry.

What it does: Axine’s electrochemical oxidation technology provides a quick and cost-effective way of removing harmful solvents, antibiotics and other organics from industrial wastewater generated by the pharmaceutical, electronics and chemical manufacturing industry.

Recent developments: The Vancouver-based company recently signed a multi-year agreement with an unnamed leading pharmaceutical manufacturer in the midwestern United States. As that pharma company currently trucks away and incinerates its waste—more than 8 million pounds of it every year, this is a significant development.

The difference it’s making: “While wastewater trucking and incineration is an established practice within the pharmaceutical industry, it is expensive, energy intensive, high risk and frequently at odds with corporate green manufacturing practices,” CEO Jonathan Rhone recently wrote in Water Technology magazine, noting that Axine’s technology breaks down pollutants to harmless byproduct gases like hydrogen, oxygen and nitrogen.

What it does: Montreal-based Carbicrete injects waste CO2 into a concrete and steel slag mixture when the concrete is still liquid, thereby sequestering the carbon dioxide and creating concrete that is stronger and more weather resistant.

The difference it’s making: A typical cinder block contains two kilograms of cement. And to create that block, two kilograms of CO2 are typically emitted. But as CEO Chris Stern told the Financial Post, Caribcrete avoids “the CO2 that’s emitted, we also sequester one kilogram of CO2, so the total emitted or avoided is three kilograms per [cinder block].”

What it does: Headquartered in Dartmouth, N.S., CarbonCure takes waste CO2 generated by coal plants, refineries and other polluters and injects it into liquid concrete. Calcium ions in the cement mix cause the CO2 to turn solid, making the resulting concrete stronger and permanently sequestering the carbon.

New developments: In December, LinkedIn announced that a new 245,000-square-foot building on their campus would be built using CarbonCure’s concrete, adding to the 200 concrete plants in North America that currently use the company’s technology. Under the leadership of founder and CEO Robert Niven, CarbonCure has plans to expand into Southeast and East Asia over the coming years. According to CarbonCure, the company’s technology has sequestered more than 118.9 million pounds of CO2 emissions to date.

The difference it’s making: “Even a modest deployment of CarbonCure technology in the global concrete market would have a huge impact on emissions,” says MaRS CEO Yung Wu.

What it does: In 2007, Stuart Lombard founded his company as a way for average families to reduce their carbon footprint and save money. Within a few years, the Ecobee, a smart thermostat that allows users to automate and closely control the heating in their home to maximize energy savings, has become one of the world’s best-selling smart thermostats.

New developments: According to market research firm NPD, Ecobee has captured almost a fifth of the world smart thermostat market since launching in 2007. Last year the company announced that Amazon would invest $61 million in the company and that the Ecobee would become a fully integrated Alexa product. The company says it is on track to reach $1 billion in sales by 2020.

The difference it’s making: Ecobee offers consumers the chance, as Lombard told Business Wire last year, “to build a home that learns and anticipates your needs, making your home an intelligent space that simplifies your life rather than complicates it.”

What it does: The Toronto-based company’s technology recovers lithium, nickel, cobalt and other valuable materials from spent lithium-ion batteries

The difference it’s making: “Li-Cycle Technology is an economically viable, safe, environmentally friendly process that can recycle all types of lithium-ion batteries,” said CEO Ajay Kochhar. “It can do so with an unparalleled recovery rate of 80 to 100 percent of all materials, including lithium. Li-Cycle’s industry-leading innovations make it uniquely positioned to support a key element of the growing international movement towards zero carbon technologies as part of the circular economy.”

What it does: MineSense’s “bulk ore-sorting” technology uses sensors and real-time data to help mines make better decisions about how to process ore, helping them reduce their CO2, energy and water footprint.

New developments: MineSense has deployed its technology at mines in Chile, Alaska, Ontario and British Columbia, including the Highland Valley Copper mine, the largest open pit copper mine in Canada. Last year the Vancouver-based company announced a partnership with German multinational Siemens, as well as a $23.5 million financing round to fund an international expansion.

Why it’s important: Natural Resources Canada estimates that mine waste in Canada and the United States represents a total liability of more than $50 billion. MineSense promises to take a big bite out of that figure by giving mining companies better tools. “Our sensor technology and data analytics software are going to have a significant impact on the sustainability and profitability of mining,” CEO Jeff More said in a statement in 2018.

What it does: Toronto-based Opus One creates distributed power grids that are smarter, more efficient and offer users more control than traditional, centralized electrical grids. It does so through the use of its GridOS platform, a suite of software tools that CEO Joshua Wong says helps utilities find inefficiencies and better manage and extract value from local power grids.

New developments: Earlier this year, the Hawaiian Electric Companies announced that they would partner with Opus One Solutions to begin building a modernized, distributed grid powered entirely by renewables by the year 2045.

The difference it’s making: In a pilot project in Nova Scotia last year, the company used Tesla’s Powerpack battery system to help the province reach its goal of using 40 percent renewable energy. “The global energy sector is being profoundly disrupted by the rise of distributed energy resources, creating an accelerating need for more dynamic and digital software services in the utility world,” says Patrick Bennett, a partner at MKB. “We believe that Opus One, with its GridOS platform, will be the industry leader in driving this change and digitizing the distribution grid.”

What it does: Carbon Engineering’s “air to fuels” technology directly captures CO2 from the air then combines it with hydrogen and electricity to create clean, affordable fuels for use in transportation.

The difference it’s making: Earlier this year the Vancouver-based company announced it was beginning work on its first carbon capture facility which, when completed in 2021, would be capable of capturing more than 1 million tonnes of CO2 every year. (In 2019, the world emitted almost 37 billion tonnes of CO2.)

What it does: CEO Bud Vos and his team at Enbala makes smart, distributed grid software that makes it easier for utilities to switch to renewable power sources.

The difference it’s making: Enbala’s smart grid technology helps utilities identify and respond to power grid inefficiencies in real-time, allowing municipalities, institutions and other grid operators squeeze as much as they can out of their electricity systems.

What it does: Ottawa-based GaN Systems is a global leader in gallium nitride power semiconductors, which are cost-competitive with silicon semiconductors while offering vastly superior performance. Semiconductors made from gallium nitride can sustain higher voltages and conduct electricity better than silicon-based ones, which GaN says will make them an attractive alternative as silicon-based chips reach their theoretical power density and efficiency limits.

The difference it’s making: “For a large datacenter company that provides major internet services, we’ve calculated that GaN chips would lower their annual energy bill across all their datacentres by $471 million and avoid capital expenditures for new data centres to the tune of $1.1 billion,” CEO Jim Witham told Forbes earlier this year.

What it does: Svante’s technology lets power generation and industrial facilities capture CO2 at the source of emission in a cost-effective, commercially viable way.

The difference it’s making: “The world is facing a global climate crisis because we emit more CO2 and greenhouse gases than the earth’s forests, oceans and other natural systems can absorb,” CEO Claude Letourneau told the National Post. “Svante’s cost advantage, combined with progressive policies like the United States’ 45Q tax credit, can make carbon capture profitable across a wide range of large-scale industrial applications such as cement, steel, plastic, fertilizers and hydrogen. And that means Svante is uniquely positioned to help governments and key global industries join the fight against climate change.”

What it does: Semios’ technology uses a network of sensors and advanced analytics to help farmers track crop conditions in real time, letting them better manage pests, disease, weather and irrigation.

The difference it’s making: “Growing populations will demand maximum food production, per acre, from an industry that faces constant and increasing environmental, regulatory, and economic challenges,” said CEO Michael Gilbert. “Managing and optimizing stress in trees is challenging and not well understood. Granular data is required to overcome the variability across orchards, geographies, and seasons. We’ll leverage data from our robust, wireless IoT network of over 500,000 in-canopy sensors to develop a better understanding of stress and its impact on production, yield and input timing.”