Consumers or stewards: Do our energy transitions really define who we are? 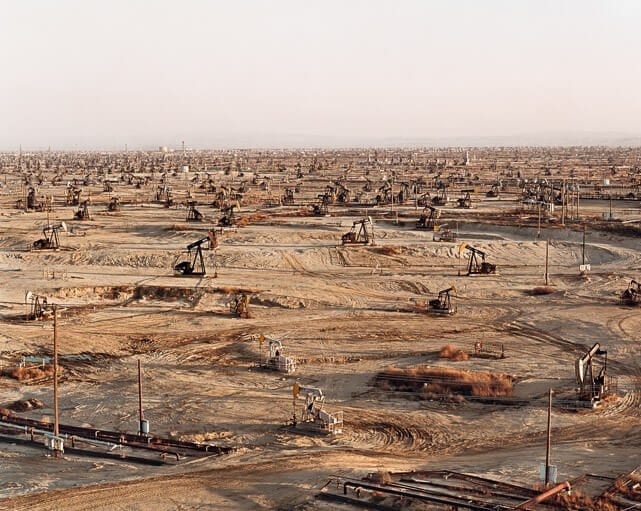 I recently decided to start communicating with youth about the inevitable connections between our energy consumption, our economy and our climate, as well as the existing technological solutions to related problems (yes, there is hope!). While the youth of today are a slightly different crowd than I am used to working with (that is, electrical utilities and corporations), they will inherit our environmental legacy, and so they have the right to know, to decide and to act on what is best for them.

While I was trying to decipher how to get my message across to this new audience, a book landed on my desk that helped me to connect the dots between society and climate, and also to understand where our aversion to change comes from. That book was Art and Energy: How Culture Changes written by Barry Lord, co-president of Lord Cultural Resources and one of the world’s leading museum planners. Art & Energy is published by The AAM Press and distributed by the University of Chicago Press. If you’re interested in reading the book, you can order it from the AAM site.

In a nutshell, the book explains the relationship between energy and culture, and how our value systems change as we experience new energy transitions. Wanting to learn more from the author himself, I invited Barry to MaRS for a Q-&-A session. I am happy to share my takeaways from the session with you and hope you will find them as interesting and useful as I did.

Barry opened up our conversation by explaining his initial thesis, which is that the fundamental relationship between art and energy has not been fully explored or understood, but that it is crucial that every member of our society understands this relationship. Why? According to Barry, “Because we are so dependent on the values that come to us in order to access and maintain each new energy source, it directly affects who we think we are and how we think of others.”

It is kind of incredible to think that our own individual value systems are connected to our available energy resources, isn’t it? I asked Barry about what various energy transitions have meant to our society and his responses are as follows. (Please note that I chose only a few energy transitions. Detailed descriptions of chronological transitions can be found in his book.)

Who we were and what mattered to us

Fire: Culture of the hearth: “The culture of the hearth is what made us humans. This happened when we started gathering around a burning fire controlled to give warmth, security and sense of togetherness.” Related art piece: The cave paintings of Lascaux (watch video).

Slaves: Culture of domination: “Slavery was a socio-political institution that provided a renewable source of energy. Almost everyone in slave-owning society accepted the moral propriety of exploiting this source of energy, just as today we accept the values that come from oil and gas. The slave trade was really an energy industry! Slaves were a renewable energy resource – but they could also fight back.” Related art piece: A drove of cattle, from the tomb of Nefer and Kahay at Saqqara

Coal: Culture of production: “The culture of production that came from coal and steam was so powerful that most of us still live partially in it. Gross domestic product evaluation is a confirmation of it. Distinctions between working class and capitalist class appeared here. So did universal education and our alienation from seeing ourselves exclusively as part of the mass production process that coal and steam made possible.” Related art piece: Edouard Manet’s The Railway, 1873.

Electrification: Transforming the world: “Although it is not a source, but an application [of energy], electrification inspired us to become agents of change. We could change night into day with the electric light bulb, we could build in the sky with the electric elevator, we could change entertainment into movies, radio and TV, we can change the climate with air conditioning, and with digitization and IT we can change knowledge, work and just about everything else. A transformative culture, inspiring many of us to believe anything can be enhanced, including who we are and how we live.” Related art piece: Marcel Breuer chair

Where we are and what matters to us

When I asked Barry where we are currently headed, he said: “We are again in a period of energy transition.”

A smiling Barry continued: “It will be interesting [to see] what artists are going to develop as a result of the culture of stewardship.”

He believes that the transition from oil and gas to renewable energy is also an intergenerational conflict. “The older generations know that they have to fight when their energy source is threatened. They fight to defend their culture,” he explained, referring to the culture of consumerism.

To illustrate his point, Barry brought me back again to the culture of slavery. “Why would somebody fight so hard to keep a system of slavery? Especially when they knew that slavery was immoral. It is because it was their energy source. But polluting the planet is immoral too.”

Barry suggested that it is the role of younger generations to decide whether they are consumers or stewards of the earth, and whether they will buy the values of the culture of consumerism or put an end to it.

For those like me who are working in the energy and climate sector and want to get their message across, Barry leaves us with a final piece of advice. “By entering a new energy transition we are also entering a conflict of cultures. If all you do is talk about the pros and cons of renewable energy, oil and gas, you won’t be able to convince people. It is important to understand the cultural implications.” And there was my answer.

Attend the book launch in person

Barry will launch his book, Art and Energy: How Culture Changes, on September 23, 2014 at the Gardiner Museum. Admission is free, but attendees should RSVP here.

Studio Y and MaRS Cleantech are promoting a culture of stewardship through an initiative known as Adjacent Possibilities in art + energy, a first-of-its-kind initiative that artistically celebrates the human capacity to take on climate disruption. By showcasing emerging artists as they collaborate with leading entrepreneurs in the cleantech energy sector, Adjacent Possibilities fosters the creation of art that explores themes of inspiration, determination and human innovation.