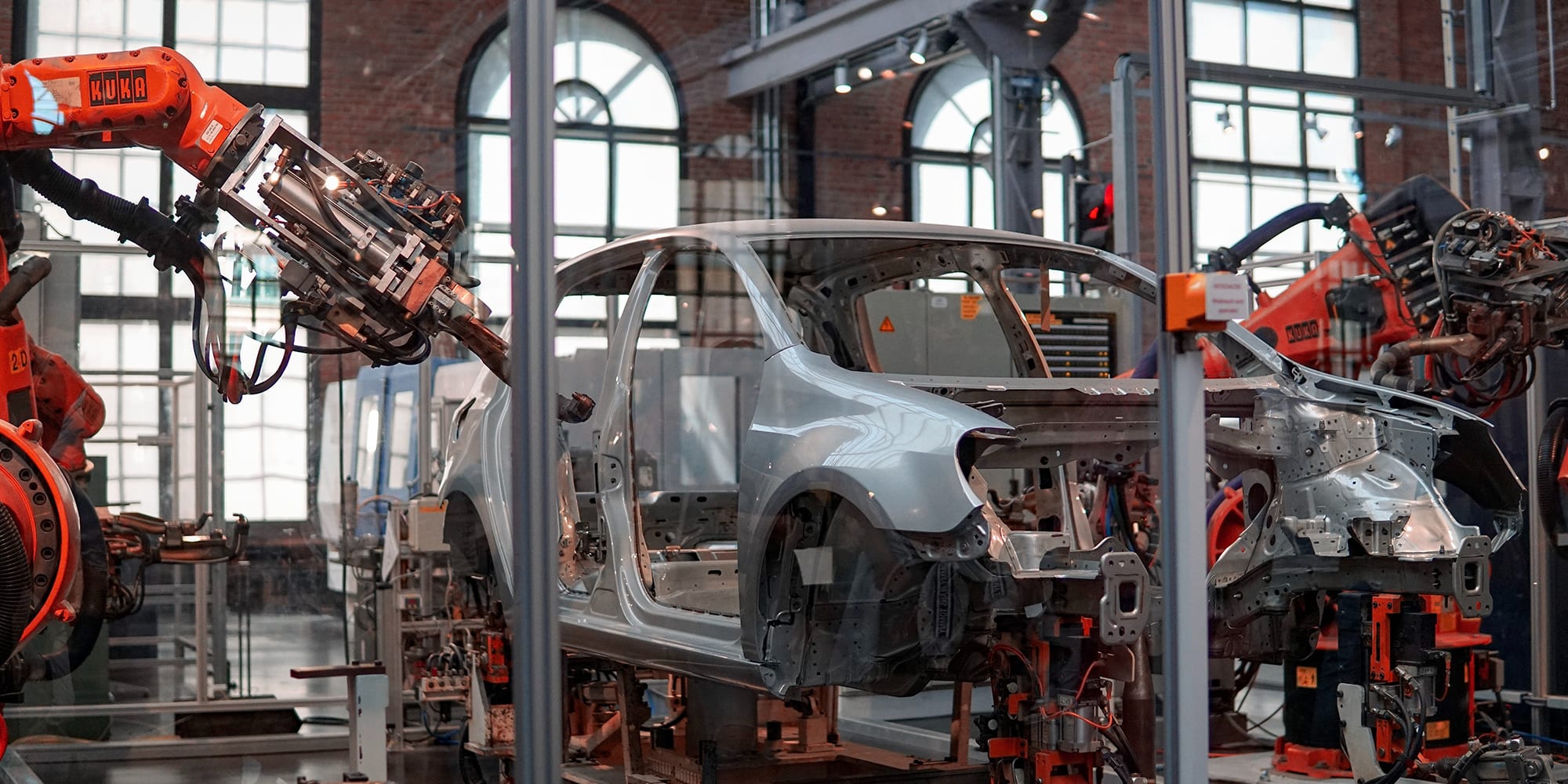 To keep Ontario competitive, auto manufacturers have to adopt digital solutions at a rapid pace.

It doesn’t exactly say so on her resumé, but Greta Cutulenco knows how to speak machine.

She’s adept at getting them to divulge their pasts, to communicate productively and, with the help of digital software created by her company, Acerta Analytics Solutions, Cutulenco can coax aging machines to give top performances on the factory floor. Some can even be taught to overachieve: on the auto-parts assembly line, machines can learn to recommend which parts workers should use to avoid breakdowns or failures.

“Our technology doesn’t remove the need for engineers on the line,” says Cutulenco. “It accelerates their ability to solve and prevent problems.”

Acerta is part of a growing class of technology startups that is fuelling the growth of Ontario’s automotive industry, which is in the midst of a digital shift. For years, the province’s rank as an automobile-manufacturing hot spot has been slipping; jobs have been lost as plants closed and foreign-owned automakers prioritized investments in lower-cost markets. Local software startups, though, are coding a reversal of that slide. By creating a slew of data-driven innovations aimed at helping traditional automotive companies, they are offering the province’s auto sector made-in-Canada options that could help them stay competitive.

In recent years, automakers and their top parts suppliers have been rapidly digitizing. While Ontario-based companies and divisions have been slower to adopt the technology (it is often an expensive investment), experts say embracing digital solutions is essential to stay competitive in the global market.

“There is a race in the automotive space to capture data and then figure out what to do with it,” says Elena Goracinova, a post-doctoral researcher in the Innovation Policy Lab at the Munk School of Global Affairs and Public Policy. Data is key to several emerging trends in the automotive and mobility space, from improvements in electric car batteries to vehicle monitoring that tracks a car’s performance and maintenance needs to make connections between its production and on-road outcomes — ultimately resulting in better vehicles.

“These software companies take data and make sense out of it to produce new services,” Goracinova said, adding that the software talent in Ontario offers auto parts manufacturers a homegrown opportunity to stay competitive.

Acerta, a Kitchener-based company, sells technology designed to streamline the manufacturing of complex auto parts — think transmissions, gearboxes or engine assemblies — by using what is known as “machine learning” to flag errors earlier, proactively recommend which parts to use in production, predict when equipment needs maintenance and when it might fail end-of-line testing, allowing engineers to side-step needless checks and focus on those that are essential.

The platform collects and analyzes real-time data, comparing it to historical data to detect patterns in the manufacturing process that statistically tend to result in defects. Acerta works with clients in Ontario as well as abroad, and Cutulenco noted that for one company, the software flagged 40 per cent of gearboxes that passed the producer’s end-of-line testing but ultimately failed under warranty; in another case, the software’s “intelligent component selection” tool reduced parts failure rates by 65 per cent. Catching those mid-production rather than in end-of-line testing, which is time-consuming and inexact, keeps costs down and avoids bottlenecks, Cutulenco says.

It also helps narrow the time engineers waste troubleshooting. In one example Cutulenco gave, Acerta’s software reduced the amount of time required for a root-cause analysis — to determine what sparked a production problem — from two weeks to one hour.

“Without data, if something is going wrong on an assembly line, you’re freaking out. Every engineer is running around trying to figure out where the problem is happening. They’re almost like cowboys; they’re going to try all sorts of things until it works out,” Cutulenco said. “With this technology, the data points you to where you should focus. The whole thing is simplified.”

Before data can be used to simplify factory processes, though, it has to be organized into a usable form. One hurdle that manufacturers often face is figuring out how to get data from machines that were made in different decades (some might be 50 years old) or by different companies into a compatible standard.

“The way these machines are built, they all have their own language. And a lot of them speak in ones and zeros or some sort of data structure that doesn’t make any sort of human sense,” said John Younes, co-founder of Litmus Automation, which has offices in Toronto and California.

Litmus specializes in software that helps translate those languages. With offices in Toronto, San Jose and Tokyo, the company has seen a lot of early uptake among automakers and parts suppliers in Europe and the United States, but less in Ontario.

“Canadian companies are very slow to adopt these kinds of technologies,” said Younes. “In the U.S. and Europe, they’re very much more forward-thinking. Canada likes to wait a bit more and see,” he said, adding that uptake here is slowed by the fact that no automaker has its corporate headquarters in Canada and decisions about large-scale tech implementations tend to be made at head office.

One of Litmus’s largest clients and earliest adopters is Saint-Gobain Sekurit, a French-owned supplier of automotive glass. Having grown rapidly through acquisitions, Sekurit recently found itself with more than 30 plants spread across 20 countries. Factory machinery in China was different than that in Germany and each of those was different than plants in other countries. Figuring out how to get information off the assembly lines and into comparable forms confounded the company’s data scientists.

“You can install us on the factory floor and we can essentially translate and speak across any type of machine, no matter the make or model,” Younes said.

Litmus is now running in more than 20 Saint-Gobain Sekurit factories and the data flows have enabled the company to streamline its processes, react more quickly and reduce losses. Programmed algorithms enable some machines to notify staff if they are about to break down or require maintenance. The company is planning to implement the program in four plants this year.

Goracinova, the academic researcher, said that data use cases in the automotive world will only expand as electric and autonomous vehicles gain more ground. With them, companies are likely to explore how to use data from on-road vehicles that can be correlated with production data to detect patterns that ultimately improve the manufacturing process. (Acerta calls this notion “holistic life cycle monitoring.”) Data may also lead to the sale of “mobility packages” that would include access to several forms of transportation — vehicles, buses, scooters — rather than ownership of a single car, she said.

“The basis of all these new trends is data. Automakers and new entrants to the industry are all just trying to figure it out,” Goracinova said. “It’s a really nascent landscape, but it’s a segment of Ontario’s economy that merits attention.”

This company gives machines minds of their own