Delivering the goods: How Canadian companies are reducing carbon emissions in shipping 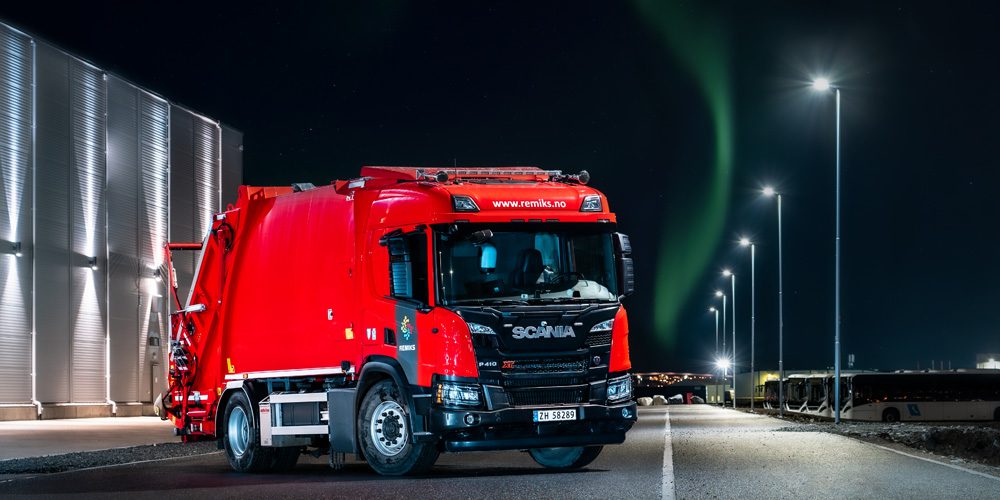 Transportation makes up a third of Canada’s greenhouse gas emissions. These cleantech ventures are looking to change that.

Filled with delivery trucks, freight trucks and mail trucks, our streets have become a toddler’s dreamscape during the pandemic. With shops shuttered, the only way for consumers to get the things they needed and wanted — from Pampers to Pelotons — was via those many trucks. By May, 2020, Statistics Canada estimated that online shopping hit a record $3.9 billion, an increase of more than 110 percent over the previous May. A year later, that number stood at $4.2 billion, or 7 percent of the total retail trade.

But a toddler’s dreamscape can be an environmentalist’s nightmare. Ninety percent of the world’s transport energy continues to rely on fossil fuels, and, with all that shopping and all those trucks, also come a lot of greenhouse gas (GHG) emissions. “Transportation overall is about a third of our GHG emissions in Canada,” says Clarence Woudsma, a University of Waterloo planning professor who studies freight and logistics, “and truck freight is a third of transportation. It’s a big chunk.”

Making matters worse, last-mile delivery — the last leg of a product’s journey from distribution centre to your doorstep — has exploded over the last year-and-a-half, with consumers now accustomed to same-day delivery. To meet this demand, however, delivery trucks typically operate only at 60 to 80 percent capacity, Woudsma says. That means more vehicles delivering single orders, and more emissions. Woudsma himself recently bought some clothing online, and the five items he ordered came from three different fulfillment sources, delivered by three different drivers. Previously, that would have been a single shopping trip. “Is it going to stay that way?” Woudsma asks. “Are we now sort of drunk on getting everything delivered right away?”

A recent World Economic Forum report suggests that we likely are. It argues that growing demand for e-commerce delivery will result in 36 percent more delivery vehicles in inner cities by 2030. “Without effective intervention,” the report continues, “urban last-mile delivery emissions and traffic congestion are on track to increase by more than 30% in the top 100 cities globally.”

The kinds of effective interventions the WEF envisions, however, are quickly becoming a reality in Canada. Companies like Montreal’s Effenco, whose systems optimize the energy efficiency of heavy-duty vocational trucks, and Toronto’s eLeapPower, which is revolutionizing powertrain technology, have both created innovative products that will dramatically cut GHGs. Meanwhile, AirMatrix, a Toronto-based startup, is preparing for an imminent future in which delivery companies don’t require trucks or roads at all. With freight companies still largely prioritizing customer demand over sustainability, these firms have devised solutions that could allow consumers to keep shopping online while still reducing their carbon footprint.

These new technologies are reducing carbon emissions at key points along the supply chain. 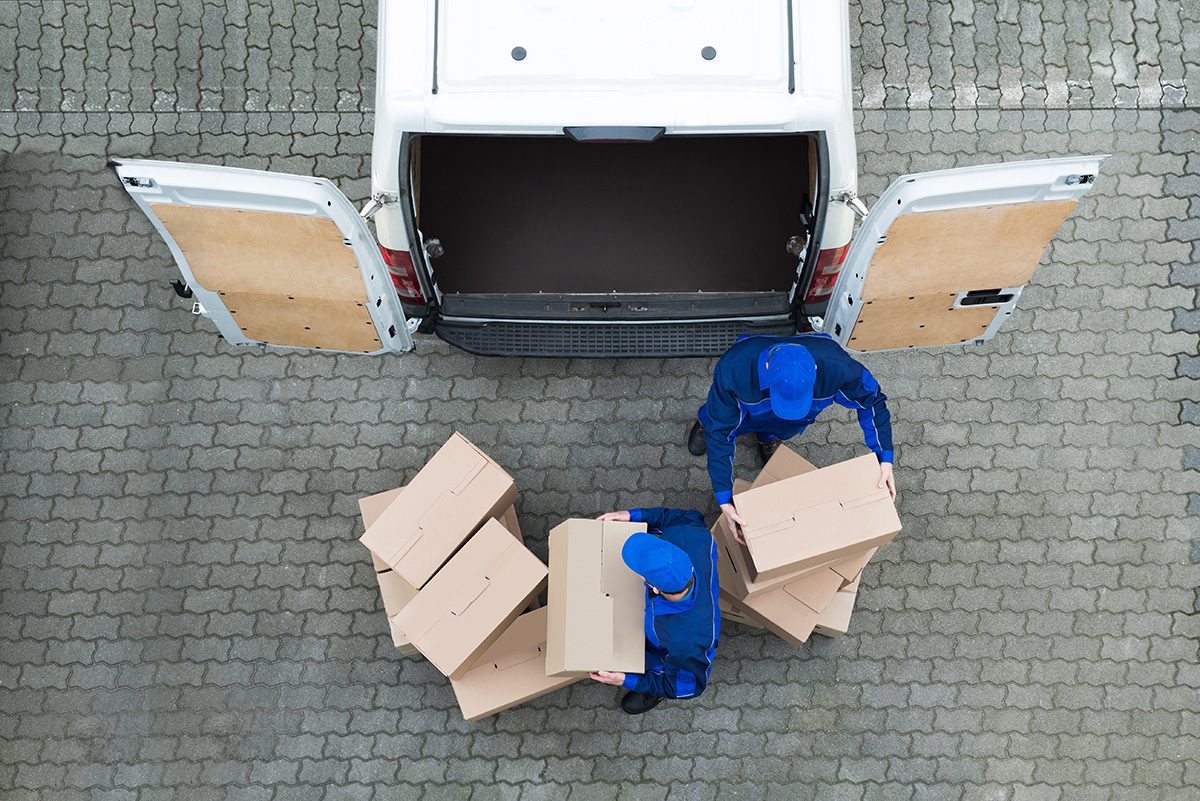 Effenco targets the moment at which shipping containers — the ones moving all of our Pampers and Pelotons — are transferred from ships to transport flatcars and semi-trailer trucks. Its systems are designed specifically for vocational or commercial trucks — garbage trucks, cement mixers as well as the terminal trucks that move containers around the Port of Montreal, an Effenco client.

These vehicles make a lot of stops and starts, and much of their work is done while the vehicle is immobile; their energy supply doesn’t need to be as large or consistent as other vehicles. Effenco therefore devised hybrid and fully electric powertrain technology that uses ultracapacitors (batteries that are smaller and store less energy than lithium-ion ones but also don’t degrade and aren’t affected by temperature), wireless charging infrastructure, and AI, to gather data about a truck’s energy needs and movement patterns. The AI runs algorithms to optimize charging points, significantly reducing the amount of energy needed on-board a vehicle.

Effenco’s CEO David Arsenault says his fully electric system, which will launch in 2023, costs no more than a conventional diesel truck — but without producing a diesel vehicle’s pollution. “The hybrid system generates about 30 per cent fuel savings,” he says, “or equivalent GHG reduction. The full electric will provide 100 per cent.” Aside from the City of Montreal, Effenco has sold 400 of its systems around the world, to clients like Purolator and New York City, whose waste collection fleet currently employs the hybrid system.

Effenco’s technology isn’t well-suited to either smaller delivery vehicles or long-haul trucks, but the innovations of another startup, eLeapPower, are. Toronto’s eLeapPower has effectively re-imagined the electric vehicle powertrain, eliminating the on-board charger that currently exists in all EVs. In eLeapPower’s proprietary system, using a re-designed inverter, the powerful core of the motor itself charges the battery, reducing the time it takes. Better yet, the vehicle can be charged directly from renewable energy sources. It’s easy to imagine, say, a UPS or Canpar, using delivery trucks that have incorporated eLeapPower’s technology, building a solar farm at a central depot and charging its entire fleet there, cleanly and quickly.

Russell Pullan, eLeapPower’s CEO, says that there are three barriers to EV adoption — they’re too slow to charge, drivers have range anxiety (a fear of traveling too far from charging stations), and they’re too expensive to build. eLeapPower’s technology, he argues, removes all three: “It can dramatically increase the speed for charging, it can go farther per charge, and that means you can also create a battery that’s smaller. The battery is half the cost and weight of a car right now. If you can save 10 percent on that cost, that’s game-changing.” Pullan says eLeapPower, whose tech is compatible with all EVs, charging stations and batteries, has a contract with one of the world’s largest commercial vehicle companies (an NDA prevents him from disclosing who). He expects to reach full commercialization in the next 12 months.

AirMatrix has its eye on a somewhat different future. Three years ago, the Toronto firm offered drone delivery to various convenience stores around the GTA, before quickly realizing that a lot more digital infrastructure was necessary before it could scale its service. To that end, the company developed a millimetre-precise grid system of “skyways” in the low-level (below 400 feet) airspace within which drones currently operate. Despite laws around the use of drones themselves, this airspace isn’t regulated at the moment, and, as AirMatrix’s co-founder Bashir Khan, puts it, it’s about to get very crowded. “Around the world, there are about 20,000 drones carrying retail packages right now,” he says. “But there’s a lot of scale that’s starting to happen.”

In the next five years, he expects that number to increase to 10 million drone flights a day, with the drone delivery market to balloon to $60 billion by 2035. Khan’s goal with AirMatrix’s system is to make sure these clouds of aircraft don’t bump into each other; while various municipalities will eventually implement their own drone by-laws, AirMatrix is hoping to standardize this infrastructure as this happens.

Retailers like Amazon and Walmart have been experimenting with drone delivery for a few years. In Canada, such delivery is in the testing stages with various pharmacies, long-term care facilities and telecommunications. Since October, 2020, AirMatrix has been running a pilot project in the Kitchener-Waterloo region, where they’ve built a grid of skyways to showcase various use-cases around delivery, inspections and other surveillance.

Khan argues that a safe drone skyway is good for the economy in general, and that it’s particularly good news for last-mile deliveries. “Drones are much more efficient than, say a truck that’s doing deliveries in a daisy-chain situation,” he says. “They’re much more environmentally friendly and sustainable because there are no actual emissions during the course of a flight itself.”

Every day, the urgency with which all this innovation must be adopted and scaled increases. But as David Arsenault, Effenco’s CEO, suggests, this evolution may not be too far off. When trying to convince someone to buy his technology, he says he has to make two sales. The first is to persuade someone to move from the status quo and buy cleantech. The second, is to make them buy his cleantech. “The first sale is very often the longest one to make,” he says. “But the good news is that I see a transition. People are much more concerned about climate change and are taking physical action to fight it. That first sale is being more made by itself.”

Effenco is one of the 10 Climate Champions in Mission from MaRS. Together, these Canadian companies have the potential to reduce CO2 emissions by 42 megatons by 2030. Learn more.