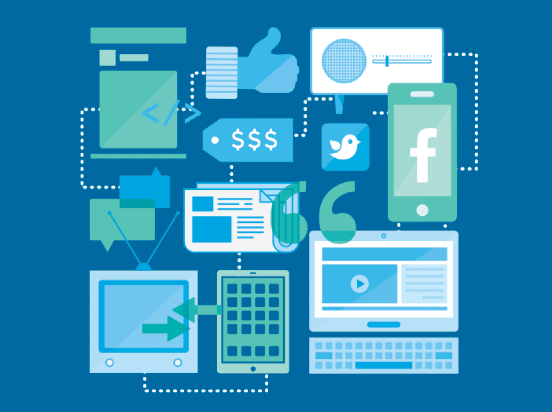 Craig Saila is the director of digital products at the Globe and Mail and a panelist in the upcoming event Digital Transition: Canadian Media Experiments in 2014 on June 16 at MaRS. Join us for a discussion on the future of media and to learn more about the startups that are transforming the sector.

As part of MaRS’ market intelligence research on the media sector, our analysts sat with Craig to better understand the challenges and successes that digital media present. Part of that conversation was included in the report Digital Transition: Canadian Media Experiments in 2014; the rest is presented here.

Market Intelligence: Could you tell us your view of Canadian media as it stands today?

Craig Saila: It’s very much a constant disruption. I think the interesting thing with the Canadian media industry, in particular, is that it’s very different than both the British and the American industries. The American industry has the scale, so it can support and insulate itself with advertising a lot more than the Canadian market can. In the case of the UK, you look at newspapers, even broadcasters, and see that they rely much more on user payment; so the newspapers are much more heavily subsidized by reader pay.

In Canada, we look to the American market as leading the way. We’re about 18 months to two years behind in terms of industry cycles.

MI: How has this lag time affected Canadian media?

CS: You see advertising shifts that happen in the States take a year to reach the agencies in the Canadian market, and another six to eight months to hit the agency buy on the publication side.

From the news industry we’ve gone from essentially a single product to thousands of products, from a single readership to thousands of different types of readers. With that comes a [fragmentation of] advertising and subscription bases. That’s the heart of the disruption. Until that cycle of consumption changes or stabilizes a bit more, this industry is going to continue to face disruption.

MI: What are some projects you’ve worked on or that you’re currently working on that you’re particularly proud of?

CS: I think the digital subscription project that we were able to pull through and get launched was a radical change for the organization. We were able to shift the conversation away from counting the number of newspapers we put out on the [web] page to [asking] what’s the lifetime value of a user coming to the site. That one person, whether they buy a subscription or don’t buy a subscription, what’s their value to the organization? Shifting the mindset away from individual ad rates to the lifetime value of that one person over the course of their time with us, fundamentally changes how you think about how you’re going to structure a product.

The mobile apps, though, are the most interesting projects. We were able to get something out, test out a lot of ideas without knowing what was going to work. We started off as a small agile team that was the classic isolated startup in a corner. Sort of like, “Just give them some money to figure it out and get it done.” What the team accomplished included APIs, introduced the whole concept of mobile storytelling, changed how editors think about how we push out news, and has now introduced alerts into our news platforms.

[The Globe and Mail app] has been very well received. We’ve got promotions from Apple and the Apple Hall of Fame. It was one of the first real [news] apps introduced to the Canadian landscape, and it still is one of the better apps in North America for mainstream news.

MI: Do you follow any other media organizations, established or startups?

CS: We look to what USA Today is doing, we look to what CNN is doing. Also the New York Times, the Guardian, the Financial Times, and the Wall Street Journal, because they all have slightly different models.

When it comes to startups, one that comes to mind is Breaking News. They began as an NBC-sponsored startup, and some friends of mine created it. This startup is actively disrupting NBC News. It started off as a couple of editors, developers, a designer and a product manager within the NBC news site, Breaking News. They’ve grown up over the past five years, and it is a really interesting model of telling news. They’ve become a trustworthy source of breaking news, and they’re starting to play with alerts in a really interesting way. Keep an eye out for them.

If you want to learn more from Craig Saila and the Globe and Mail’s digital strategy, join us at MaRS on June 16 for a MaRS Market Insights event featuring Tessa Sproule, Director, Digital CBC; Craig Saila, Director of Digital Products, the Globe and Mail; Steve Billinger, Principal, Broken Dog and former executive at CBC and BSkyB; and Ben Peterson, Co-founder and CEO, Newsana as well as a showcase of Ontario’s most innovative media startups.