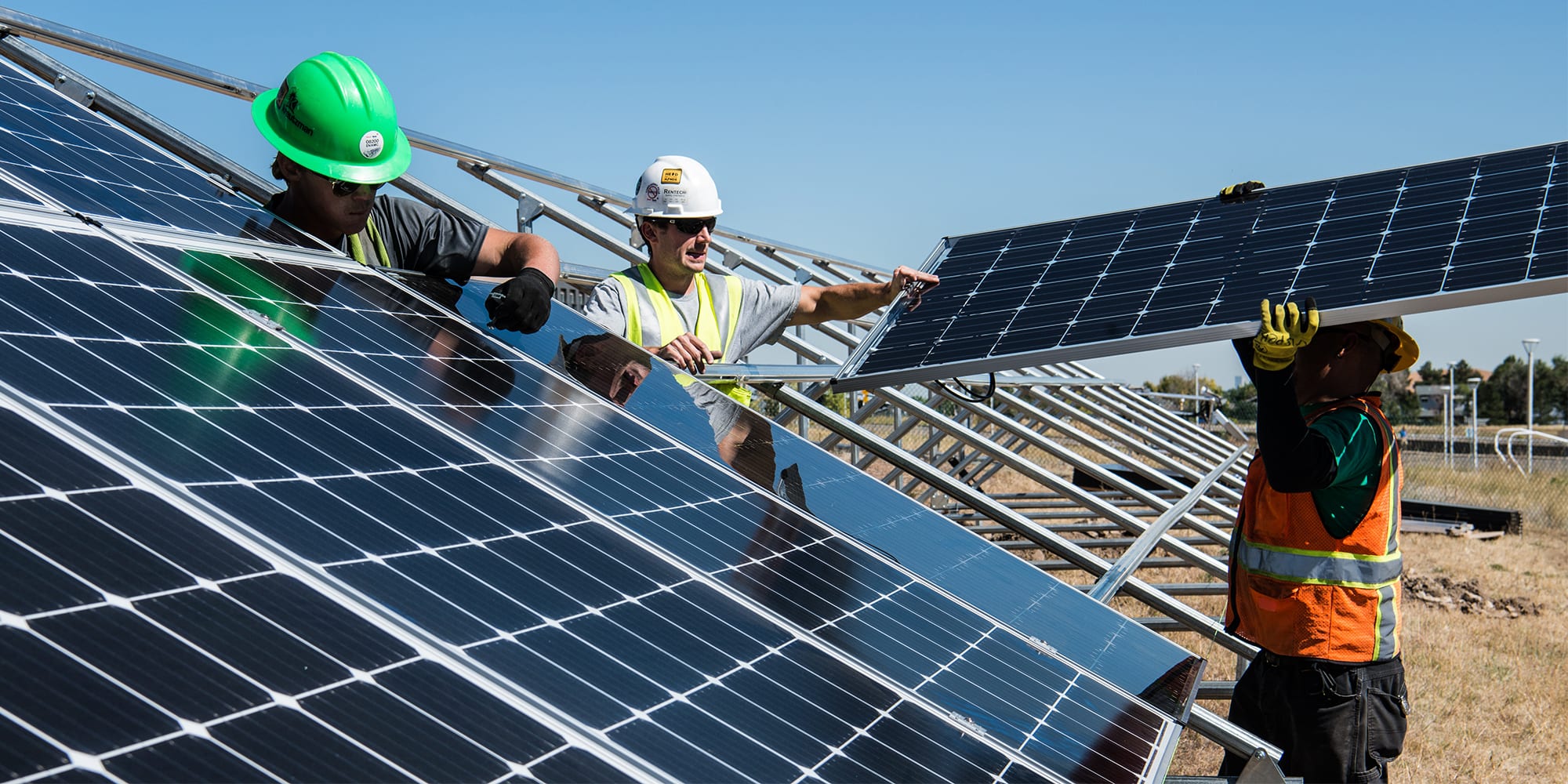 Startups are working on innovative ways of updating how we consume and generate power for a more sustainable future.

When storms hit Toronto, Little Italy’s lights are often the first to go out. The neighbourhood’s tightly packed houses and aging infrastructure make it a trouble spot on the city’s electricity network. With no spare land to build a new substation, energy startup MPOWER has come up with a novel solution: batteries.

Around a dozen homes have been equipped with Tesla Powerwall energy storage devices. During outages, they kick in and provide backup energy to keep household essentials, such as the lights, fridge and Wi-Fi, running for up to 24 hours. What makes the Little Italy test project truly smart, however, is that the Powerwalls are connected to the grid. In a pinch, Toronto Hydro can pull power stored in houses that still have electricity and direct it toward homes that are in the dark.

The scheme is a small step toward the bigger goal of making Canada’s electricity system cleaner and more robust against climate change. The recent catastrophic outage in Texas demonstrated the need for action to create a reliable grid to protect energy generation from increasingly ferocious and unpredictable weather. During a winter storm in February, years of underinvestment in ice-proofing the state’s power lines came back to haunt it as gas plants froze and 4.5 million homes plunged into darkness.

Energy experts say Texas’ utility companies ignored multiple warnings about their rickety network — a similar disaster is unlikely to happen here. It is estimated, however, that $1.7 trillion of investment will be needed in Canada over the next 30 years to adapt our grid to climate change.

“We’ve been preparing our electricity system for more extreme weather since the 1990s, when it became increasingly clear that weather patterns were changing rapidly,” says Francis Bradley, CEO of the Canadian Electricity Association. After the 1998 ice storm in Ontario and Quebec, transmission wires were redesigned to cope with increasingly frequent ice buildups. In Toronto, overhead power cables are being fitted with devices that allow them to safely snap away from poles when hit by tree branches.

Much of the hardest work lies ahead if Canada is to reach its target of net zero emissions by 2050. Everything that runs on oil or gas, from cars and trucks to home heating systems, will have to be converted to clean electricity. That will put more strain on the grid. “We’re going to need every possible kilowatt of non-emitting and low-emitting electricity, whether it’s hydro, nuclear or a solar panel on somebody’s rooftop,” Bradley says.

But the system was never designed for that.

Giving power to the people

The grid is a one-way street. It was built to move electricity generated in large coal, gas or nuclear plants to homes and businesses. The daily peaks and troughs in electricity demand are usually matched by ramping energy production. But renewable power does not play that game. Nature is fickle and won’t provide windy days or cloudless skies on demand, so wind or solar power must be generated when the conditions are right, and any excess energy needs to be saved for later. That requires new ways of generating, storing and using electricity.

On the Six Nations of the Grand River reserve near Brantford, one of these new approaches will soon become visible. Clean energy company NRStor is planning to build Canada’s largest energy storage facility. From the outside, the Oneida project will look like a set of unusually sleek walk-up storage lockers covering an area the size of a football field. Inside, massive lithium-ion batteries will store enough electricity to power 250,000 homes for four hours. These batteries will charge up on surplus clean energy at off-peak times or on windy days, and then release power when demand spikes. By reducing the need to fire up gas power stations to meet peak demand, Oneida is expected to save 4.1 million tonnes of carbon emissions — the equivalent of taking 885,000 cars off the road for a year.

Annette Verschuren, the CEO of NRStor, sees massive demand for both large and small-scale energy storage systems as battery costs come down and consumers gravitate toward sources of clean, reliable energy. “In Texas, one of the problems was that they had no storage capacity for energy,” she said. “People want to become more self-sufficient. They want to have solar panels and batteries in their houses.” She predicts that more than 50,000 homes in Ontario could be equipped with systems like the Tesla Powerwall in the next few years.

As technologies advance, new sources of power are cropping up in unexpected places. In December, construction on a $4-million biogas plant was completed near Toronto Zoo, which will generate electricity by breaking down animal manure. Meanwhile, there is growing interest in using electric vehicles not only for transportation, but also as reserves of power. In Denmark, the island of Bornholm is testing a fleet of electric cars that can release their energy back into the grid when they are not in use.

Making efficient use of these pockets of clean power scattered throughout towns and cities requires a rethink of how the grid is managed. Utilities will need to become more like conductors of an orchestra, co-ordinating the different players in the system rather than calling the tune themselves.

Massive investments in software and algorithms will be needed to keep track of such a fluid system, where any house with a solar panel can be a net generator or a consumer of electricity at different points in the day. But Hari Suthan, chief of strategic growth at energy planning company Opus One Solutions, believes utility companies have been slow to adopt new technologies. “The grid is still analog. There has not been enough investment to digitize it,” he said.

Opus One is currently working on several pilot projects, including in N.Y., California and the U.K., that use digital platforms to test pricing mechanisms for balancing supply and demand in a localized area and encourage homeowners and businesses to participate in a flexible energy market.

“Right now, the communication flow is that the utility sends you a bill — and that’s it,” Suthan said. “The only time you think about them is when you get home and you switch on the light and no light comes on.” He envisions a system where homeowners with technologies like solar panels, energy storage, smart thermostats or standby generators would get paid by utilities for automatically adding power to the system or reducing their electricity use at peak times. Research from the U.K. suggested this kind of smart grid could save British consumers £40 billion ($70 billion) over the next three decades.

There’s widespread agreement that Canada’s electricity system is headed toward having smaller, cleaner and more numerous sources of power. How quickly we will get there is the question. Provincial governments tightly regulate their energy sectors, and politicians worry more about keeping bills low today than about innovating for tomorrow. According to Bradley, many provinces still operate on rules conceived in the 1960s and ’70s.

But Verschuren says that she’s noticed a new willingness to address social issues and the environment emerge during the pandemic.

“Climate change has finally become an issue, and policy-makers and businesses are aligning to move aggressively to cut emissions,” she says. “We have seen more activity in the past year than in the previous five.”