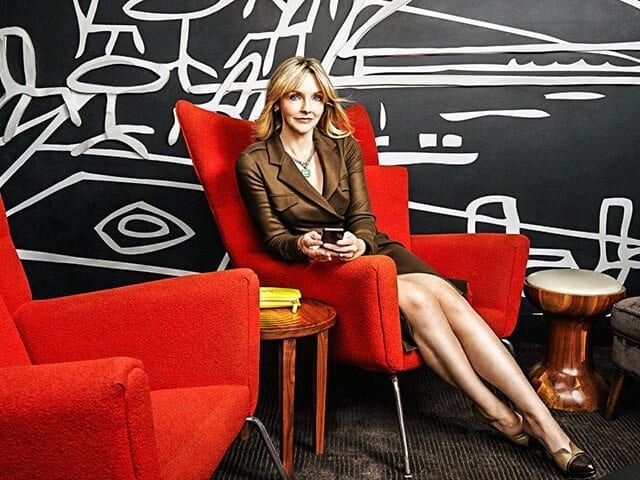 “It’s been two weeks and it’s been going very well,” she says in a phone interview. “It’s exciting to be part of growing a company with so much potential.”

After stepping down from Twitter earlier this year, Kirstine was in high demand. Following several months of deliberations, the media executive decided to join Diply, the Canadian online content creator and aggregator.

“When I decided to step down from Twitter, I gave myself some time to find the next thing and it was the first time I had ever done that. It was a little scary,” says Kirstine, who had the opportunity to lead several traditional broadcast and social media companies, but decided against them all.

“I looked around and I could have used my old expertise in those businesses, but what attracted me to Diply was the opportunity to take a company to the next level,” she says. “There were two companies that approached me in that vein, but Diply was the only Canadian one.”

Kirstine’s executive career path is well known in Canada. In addition to her role as the vice-president of media at Twitter, she’s also held high-profile roles in the broadcasting world—particularly as head of English services at the CBC.

“At the time, it was the lowest rated major TV network,” she says. “I saw that as an opportunity. If you take on the tough jobs, you reap the greatest benefits if you succeed. I’ve used that to propel my career.”

Kirstine completely turned around CBC-TV’s prime-time ratings during her tenure, launching and nurturing hits such as “Battle of the Blades,” “Murdoch Mysteries” and “Dragons’ Den.”

“Women are often put in those kind of ‘glass cliff’ roles, like I was at the CBC,” she says. “The scenes are kind of similar for women whether it’s in the technology or broadcasting space. There is less leeway for making errors. What I’ve found is that women have to consistently hit a higher bar than men do. That’s the main form of discrimination I’ve seen throughout my career and for other women around me—less latitude.”

How do you change that?

“A lot of it is based on unconscious biases and it takes generations to fix,” responds Kirstine, “but, really, in this data-driven world, women are in a stronger position to lead and innovate. As a woman, you need both resilience and empathy—authoritative leadership doesn’t cut it in the technology market.

“What used to be considered soft skills—collaboration and communication—are now the best ways to tap into the flood of data, disseminate it and move it forward. It takes emotional intelligence and well-considered speed-to-action,” she says.

So how does Kirstine push her own teams to excel?

“Understanding what motivates people and what keeps them going is the key to innovation,” she says. “You can’t apply a general blueprint to everyone. Your engineers, your creators and your team in general all come from different backgrounds. As a leader, you can’t simply dictate a goal from top-down. You have to trust them to do their jobs well and motivate them to achieve the company’s goals.”

Aside from questions about leading innovation, which she’ll speak more about at the MaRS Verge Corporate Innovation Conference on November 15, Kirstine is most often asked about how she manages to “have it all”—that is, both a high-powered career and a family life.

“I get this question all the time from women, but lately, encouragingly, I get the same question from men,” she says. “Unfortunately, there’s no such thing as having it all or work-life balance. What you can achieve is work-life flow. There will be days where you’re 90% focused on work and others where you have to be 90% focused on your home life because of a sick family member, for instance. You have to move with the ebbs and tides of both work and life.”

How do you build an innovative corporate culture from the ground up?

At the MaRS Verge Corporate Innovation Conference, Kirstine will discuss how modern workplaces need a new kind of culture—one of partnership and collaboration, information sharing, teamwork and reflexivity. The old ideas of hierarchy in business are quickly becoming outmoded and Kirstine’s advice at MaRS Verge will prepare you for building a positive, modern and innovative company culture.