Donald Trump could be a win for Canadian clean technology 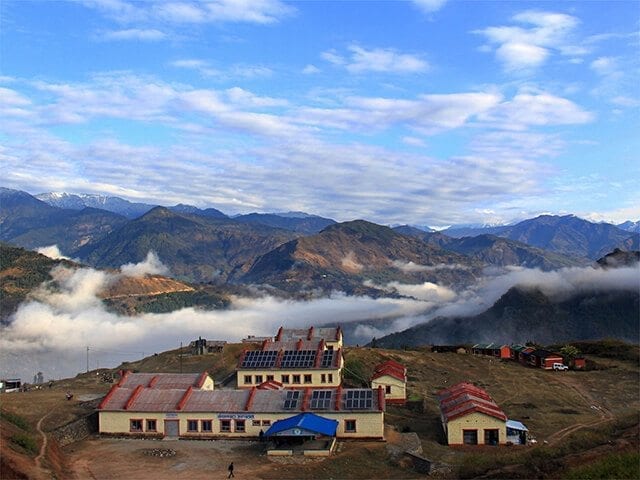 The month since Donald Trump’s election win has been a fraught one for the clean technology industry. First came shock that a climate-change denier had won, followed by some relief as Trump seemed to moderate his views. Then, incoming chief of staff Reince Priebus confirmed the White House’s default position on climate change: “it is a bunch of bunk.”

This is a blow for the creation of a low-carbon economy in the U.S., but for Canada it’s an opportunity. As the U.S. pulls back on renewable energy and turns away from growing its clean technology industries, Canada can step into the breach.

We should show global leadership by promoting adoption of clean technologies at home. But we can also leverage the vacuum in the global market to grow our clean technology exports abroad.

We are already well placed to do this.

Data compiled by MaRS Discovery District in Toronto shows Canada has a strong portfolio of clean tech startups working on breakthrough technologies that will change the way we use energy, water and minerals. Combined, the 300-plus firms studied derived more than half their sales from outside Canada—outperforming other sectors such as health and ICT.

There is still growing demand for clean technologies overseas. The European Union has adopted tough emissions reduction targets. China and India need to find ways to power their cities and transit systems without making air pollution worse. And less developed countries like Nepal, which has about the same population as Canada but less than one per cent of our generating capacity, are looking to leap-frog fossil fuels and go straight to a low-carbon grid. (SunFarmer, a company founded by Canadians, is already in Nepal and has installed locally-run solar projects in schools, hospitals and businesses throughout the country.)

A Trump administration that is cool to global trade and clean technology will leave the way open for Canada to strengthen our ties with these markets. Canadian companies are already showing they can compete and win well beyond North America.

Take Mississauga-based Hydrogenics, which builds systems that convert renewable electricity to clean hydrogen fuel and is also a leader in making hydrodgen fuel cells. Last year, it opened a 1.5-megawatt system in Hamburg, Germany, and it recently won a contract to build another facility in Thailand. Its technology is now at work in more than 50 countries.

In Vancouver, both Ostara Nutrient Recovery Technologies and Corvus Energy are tapping into global demand for their products. Ostara builds wastewater treatment systems that extract phosphorus out of liquid waste and turn it into highly valuable fertilizer pellets. It has 14 commercial systems in operation worldwide, with significant business in Europe. Corvus uses its hybrid energy storage system to reduce pollution and greenhouse gas emissions from marine vessels and equipment. Demand for its product is strong across Europe, parts of Asia and Australia.

What we need now is a multi-pronged approach to help our companies make the leap from promising startup to global player. Securing financing is crucial for growing companies—particularly those working on infrastructure projects in international markets—but Canada lags some of our competitors in providing support for firms seeking investors. The federal government should step up its loans and guarantees to help them attract the private sector investment they need to break out of technology development and into a high-growth stage.

At the same time, the government should take steps to stimulate demand for these technologies in our own market by clearing regulatory hurdles that prevent their adoption and creating market mechanisms that encourage companies and individuals to implement them.

Now is the time to educate buyers at home and abroad about the strength of our innovation. We must get more Canadian clean technologies onto the market and into use—the need has never been greater.