Four cleantech trends to watch in the push for net zero 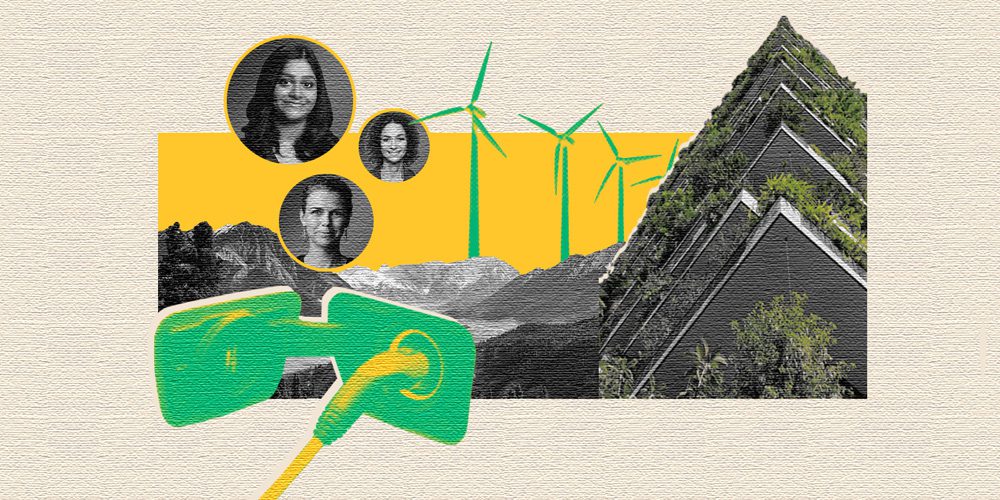 At MaRS Climate Impact, the world’s leading tech and social-finance leaders are set to explore the most promising ideas and thorny challenges in the race to address the climate crisis.

The message from the COP26 summit in Glasgow is clear: We’ve run down the clock on climate change. Scientists warn that the world could warm by 2.4 degrees by the end of the century without further action to curb emissions in the next few years. That’s well above safe levels.

There are, however, causes for optimism — particularly in Canada’s clean technology industry. The federal government alone has invested $2.3 billion in the sector since 2017, and 11 Canadian companies are on the Global Cleantech 100 list of the world’s most innovative environmental firms. Now, proactive public policy is lining up with a growing appetite for cleantech among investors and surging demand for sustainable consumer products.

“There’s lots to be excited about,” says Graeme Millen, a director at Silicon Valley Bank who specializes in climate technologies. “This coalescence of factors is really important. It means that now is the time for climate and cleantech companies to execute.”

With the stage set for sustainable technologies to be adopted rapidly, MaRS is hosting MaRS Climate Impact later this month. This three-day event will delve into the most promising ideas and thorny challenges in the race to reach net zero.

Electric vehicles are leading a wave of new technologies

Electric vehicles (EVs) are becoming one of the most visible signs of the emerging low-carbon economy. Sixty-eight percent of Canadians plan to kick the tires of one while considering a car purchase in the next five years. Although the emissions reductions from EVs are significant in themselves, advocates like Millen see them as the tip of a spear that will bring other market-ready clean technologies into widespread use.

The logic goes like this: When EVs are parked, they can be used as batteries to help power the owner’s home and cut electricity bills. This creates a need for online platforms that enable homeowners to manage their power consumption. This, in turn, increases the chances of them adding rooftop solar panels or hooking themselves up to a neighbourhood smart grid.

Millen likens this to creating a personal energy system for every homeowner and says the implications are “crazy — there’s now an opportunity to deploy at scale a lot of technologies that have been developed.”

Canada has no shortage of new technologies in the pipeline. Energy company NRStor, for instance, is already at work installing high-efficiency batteries in Canadian homes as another energy-saving measure. Meanwhile, companies such as Opus One Solutions and Peak Power have developed software platforms that allow renewable energy to be easily integrated into buildings and entire electricity grids.

The cleantech industry is getting more inclusive

Cleantech has a representation problem. Only one in 10 company founders is a woman, while racialized communities and Indigenous populations struggle to gain a seat at the table.

Diversity and inclusion are essential to ensuring that the costs of efforts to combat climate change — such as carbon taxation — are distributed fairly, says Desiree Fixler, former head of sustainability at Deutsche Bank’s DWS asset management arm. “There has to be environmental justice,” says Fixler. “The most vulnerable shouldn’t bear an extraordinary burden as the economy changes.”

The industry is slowly starting to change, however, and support for female entrepreneurs is growing. The recently launched RBC Women in Cleantech Accelerator, for instance, is providing an intensive coaching program for 10 female founders each year. And, after three years of competition, the Women in Cleantech Challenge, is set to award its $1-million prize to one of six finalists.

The industry is also stepping up efforts to engage with Canada’s Indigenous communities, who are often among those at greatest risk from climate change. In southwestern Ontario, the Oneida project is constructing a huge lithium-ion battery system to store renewable energy in partnership with the Six Nations of the Grand River, who will benefit from education and employment opportunities.

Companies are investing in climate action

Conversations around sustainability have made their way out of the corporate social responsibility office and into the boardroom. This month, 450 banks and pensions funds vowed to steer their $130-trillion investment portfolios away from fossil fuels. Though critics pointed out a lack of detail in the plan, it’s a promising indication that businesses are backing up their warm words with cold hard cash.

“This is what we have wanted in the impact investing space for so long,” says Jason Sukhram, lead of impact investing at MaRS. “We want to see more capital moving toward things that generate a return and a measurable environmental impact.”

One-fifth of the world’s 2,000 largest companies have made pledges to go carbon neutral, but some are going further and using their corporate venture funds to push sustainability. According to a study by Silicon Valley Bank, climate technologies now top the list of priorities for corporate fund managers. Some companies, such as TELUS and Salesforce, have even established dedicated funds to support companies with promising solutions to environmental or social problems.

The result is that after years of undercapitalization, cleantech firms are getting the funds they need.

In March, Chevron became the first company to be referred to the U.S. Federal Trade Commission over potentially misleading statements about its environmental impact. It might not be the last as organizations are increasingly held to account for the promises they make.

“We have to be in the same mindset as financial reporting — if you say something, you have to have evidence and data behind it,” says Fixler. That’s why many in the industry see the recent creation of the International Sustainability Standards Board as a promising step forward. The board has been charged with devising transparent and reliable global standards for sustainability reporting. Crucially, the organization behind it is the International Financial Reporting Standards (IFRS), which usually concerns itself with setting the rules for financial accounting. According to Sukhram, that’s a “huge market change.”

Accurate reporting might not be the most exciting part of the fight for the planet, but it will certainly be one of the most significant.