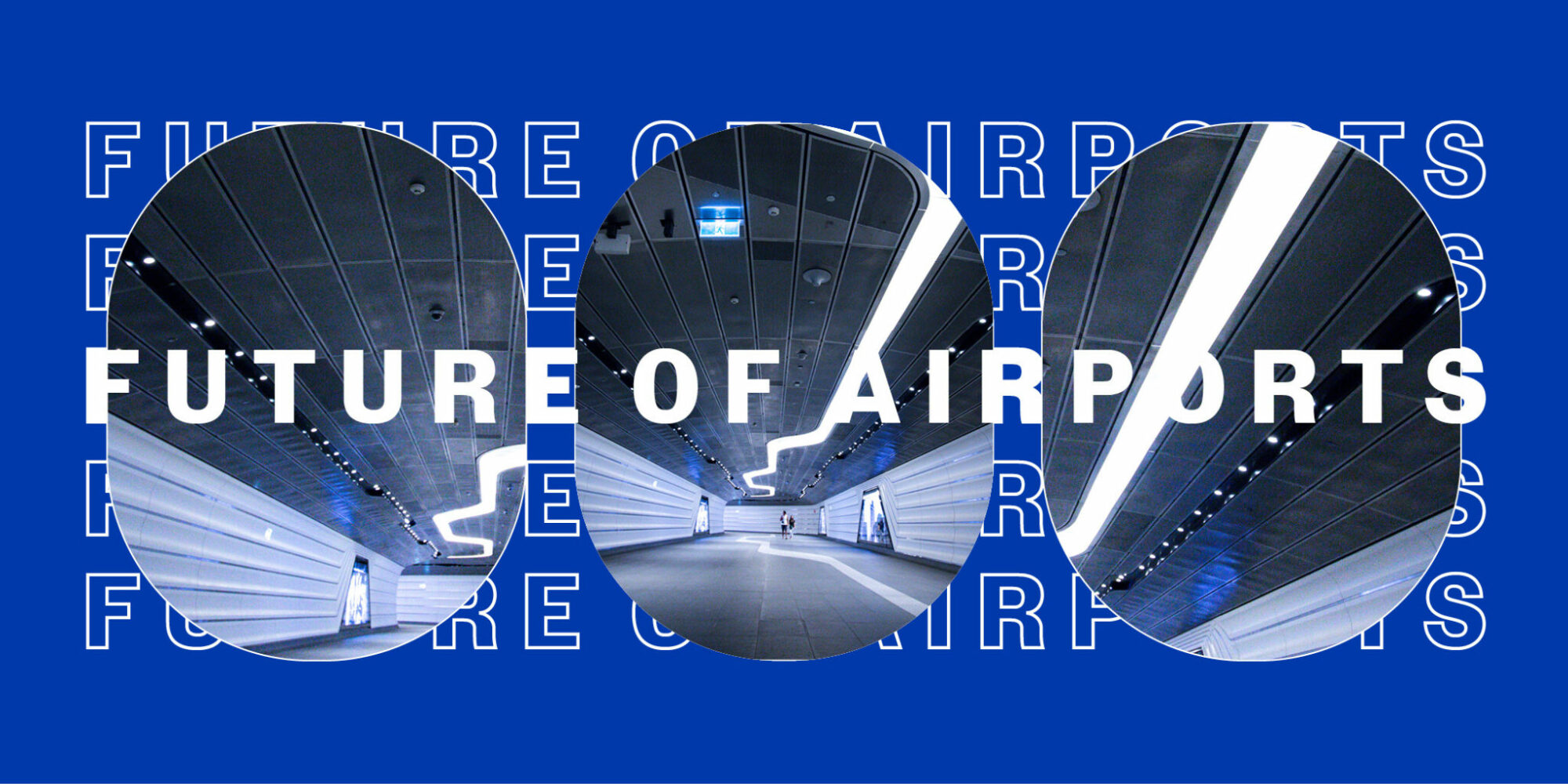 Airports are testing screening devices that can scan passengers as they walk by — potentially putting an end to the pre-flight pat-down.

Jeff Barrow is paid to think the thoughts most of us try to suppress before a flight. As one of the senior leaders responsible for Pearson airport’s security infrastructure, his world is one of bad actors, secure perimeters and ever-evolving threats. But he’d like to see a security system that’s just as effective yet feels less intrusive.

“Since 9/11, aviation security has largely adopted a one-size-fits-all approach,” he says. “Over 20 years later, there is a real opportunity for technology to step in and help — not only with threat detection, but also with moving passengers who aren’t a threat through the process in a better way.”

Flyers are now wearily familiar with the choreography of security: shoes off; laptops out; separate your liquids; strike an awkward pose; pray your tray doesn’t go down the chute of shame for closer inspection. Although there have been efforts to streamline the process, the trend has been toward greater complexity. Unsurprisingly, sentiment-tracking data shows passenger satisfaction dives when the X-ray machines come into view.

Organizations like Airports Council International, an industry body, are now exploring a new concept of security that uses technology to make screening faster and more streamlined. The aim, Barrow says, is for most passengers to “just walk through, pick up your bag and off you go.”

That may sound fanciful, particularly with security lines literally stretching out the door of some major airports these days. But it’s part of a serious effort within the aviation industry to rethink how terminal buildings operate and maybe — one day — eliminate long queues almost entirely.

The digital pat-down is coming

In the ACI’s artist-rendered vision of the future, throngs of passengers are replaced by relaxed-looking travellers taking a stroll through security. Gone are the bulky baggage scanners and metal-detecting gates ready to be set off by anyone who still has their keys in their pocket. In their place is a walkway flanked by elegantly minimalist devices that scan people unobtrusively as they pass by. For good measure, passengers are greeted by a hologram on the way in.

We are years away from seeing such a system in reality, but there are signs of it taking shape. From October, two pillar-like devices will flank one of the terminal entrances at Pearson. Known as Hexwave, they look like the theft detectors used in retail stores. But they’re not concerned with what’s going out; they’re checking what comes in.

The devices scan everyone who passes between them with millimetre-wave radar. Hexwave creates 3D images of everything the person has on them, then uses artificial intelligence to determine if there is anything that requires a closer look from a security guard. The system’s manufacturer says it can spot new threats like non-metallic 3D-printed guns and improvised explosives as well as regular horrors like firearms and knives. Crucially, says Barrow, the device does this without delaying people: “You’re not stopping, you’re not putting your arms up, you’re walking as you normally would.”

The project will help determine whether similar walk-through devices could be used at security checkpoints, where they could be used to triage passengers entering the screening area, flagging those with worrying items for closer inspection while directing people whose pockets contain a wallet and packet of mints to a less intense process.

When your face is your passport

Queue-busting technology is also being used in ways that go far beyond the security line. Biometric boarding systems are increasingly appearing at departure gates of major U.S. airports and are used by airlines including Air Canada. Smart cameras can compare passengers’ faces to images on their travel documents in about half the time taken by a gate agent, speeding up the boarding process.

Pierre Lanthier, director of IT strategy and innovation at Pearson, expects that technologies to securely place encrypted biometric and travel information on passengers’ phones will soon play a much bigger role in travel. They would enable passengers to carry digital versions of travel documents, vaccine records and boarding passes. “Then you’re moving through the airport without having to fumble for passports, documents and all kinds of different things,” he says.

Dubai’s airport, which is the world’s busiest for international travellers, has become an early adopter of such technologies. Last year, it installed 122 smart gates in departure and arrival areas. Passengers who have registered in advance and submitted their passport information and biometric data to the government’s immigration services can simply walk up to the gates and use their face as their ID.

Similar technology is now being tried here. In March, the Canada Border Services Agency wrapped up a test project at Pearson that saw some airline crew use a mobile app to submit their customs declarations and travel documents instead of showing their passports on arrival. And in June, a dozen automated eGates were installed in the arrivals area of Pearson’s Terminal 1 to speed up passport control, the first time they have been used in Canada for border clearance. The devices use facial confirmation technology to verify that the passenger matches the passport they placed on a reader. 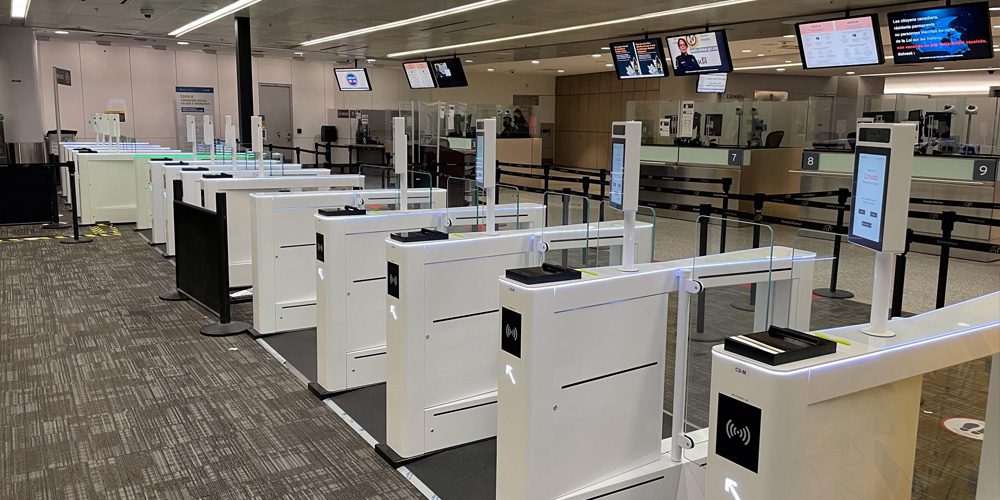 A dozen automated eGates have been installed at Pearson’s Terminal 1 to speed up passport control for arriving passengers.

The idea of a queue-free airport is alluring, but there are countless obstacles to making it a reality. Airports are small cities that contain a messy mix of airlines, contractors and government agencies, each with their own priorities. Getting them to align on anything is no easy task.

And breezing through the airport doesn’t mean a relaxation of checks; those checks are simply done elsewhere. Lighter-touch security and automatic passport control is predicated on the government having conducted a risk-assessment of you before you set foot in a terminal. So, a substantial technical infrastructure to gather and safeguard sensitive data such as biometrics is needed.

While a recent survey from the International Air Transport Association found that 73 percent of passengers are willing to share such data if it means less hassle at airports, it is not without privacy concerns.

Sébastien Gambs, a computer science professor at the Université du Québec à Montréal who specializes in privacy issues and the ethical analysis of big data, says that it can be difficult for travellers to know how their data is being used and who has access to it when multiple airlines and government agencies are involved. He points to the controversy surrounding the RCMP’s use of Clearview AI’s facial recognition software as an example of how authorities can overstep the mark.

Gambs recommends that airports and agencies should publish detailed privacy impact assessments that lay out how data is being gathered and used. “It will help people to understand where the data comes from and what security measures are used,” he says.

Despite these challenges, the direction of travel is clear: more automation and less obvious checks.

Lanthier admits that “flies in the face of a lot of traditional thinking around what the airport is,” and it could set off a chain reaction as airport business models adjust to passengers spending less time queuing — and potentially less time in the airport entirely. Instead of hoping that passengers corralled into a departure lounge will stump up for a $15 sandwich, airports will need to start taking a more expansive view of the passenger experience.

“We’ve always looked at it from the time they come into the building,” says Lanthier. “But maybe we will partner with local services — a discount at a nearby gym or restaurant or perhaps a few hours’ stay at a nearby hotel if you’re getting to the airport early for your flight.”

Lanthier is even thinking beyond the real world, to the virtual spaces of the metaverse. He sees an entire digital world on top of the physical one where passengers could encounter art exhibits or independent retailers that can’t afford the premium of an actual store at the airport.

6 “smart” neighbourhoods that are changing the way we build cities

The financial sector doesn't prioritize climate change. Here’s why it should.