Future of Flying: How AI and robotics are fighting delays in the skies 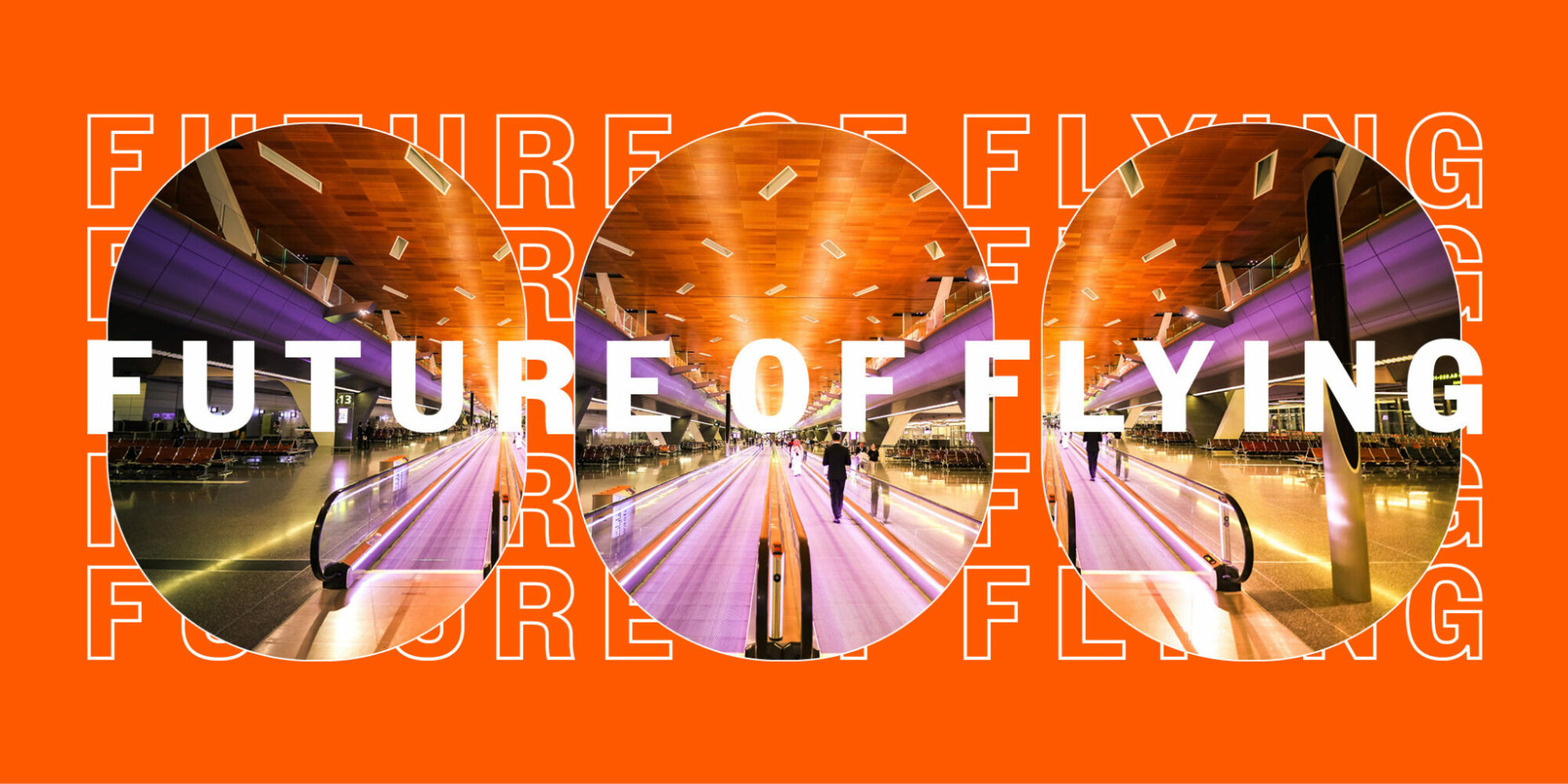 This summer of disruption is revealing where technology can make the biggest impact at airports.

It’s been a tough summer for air travel. But the disruption is pushing the industry to innovate. In this four-part series, we’ll be looking at how new technologies are changing the way we fly.

On a clear day last November, Nicholas Zeeb was standing in a parking lot at Pearson airport dodging trains. About 20 metres above him, a drone about the size of a dinner plate flew over the elevated rail tracks that link the airport’s terminals. At a signal from a spotter, Zeeb punched the controls and sent the drone climbing into the air moments before a train rumbled by.

Usually, a young guy flying a drone on airport property would — quite literally — set off alarm bells. But Zeeb, who owns aerial videography company ZeeDrone, was there at Pearson’s request. He was testing whether drones could perform a regular safety inspection of the 1.5-kilometre track. Standing next to him, a structural engineer from the firm Entuitive wearing a virtual-reality headset watched live footage from the drone’s high-resolution camera, getting a close-up look of an area that had been identified as needing attention on an earlier pass.

The inspection is usually carried out by workers harnessed on the track, requiring the train to be shut down for up to six weeks. But the drone test showed the process could be accomplished in just 10 days, without disrupting service.

“We destroyed the previous inspection time — much to my bragging rights,” says Zeeb.

Later this summer, Pearson is switching to using drones for the formal biennial inspection, removing a cause of hassle and delays for passengers using the replacement bus service.

The move is a small step in a much larger trend that’s playing out as the world’s biggest airports confront some stark arithmetic: in the past 20 years, passenger numbers have more than doubled globally, and they’re expected to double again by 2040. Many industry experts see increased use of technology as the only viable way to keep up with demand — a point underscored by this summer’s delays and cancellations.

“When situations like this happen, it really drives home the importance of automation,” says Sherry Stein, a strategist at SITA, an industry-owned organization that supplies technology to major airports. “Airport infrastructure is finite. You can only build so big, you only have so much land. So, what do you do to maximize the way you use those resources? It has to be with automation and technology.”

Automate for the people

The idea of a “smart airport” that hums with technology and whisks passengers through with the wave of a smartphone has been doing the rounds for several years. But it is now starting to become a reality as airports experiment with new technologies across their operations.

One of the most visible expressions of this approach is the proliferation of robots at airports. Robots are in use in at least six airports in Japan, where they clean concourses and give directions. Germany’s Frankfurt airport has tested a particularly adorable version that will even carry your hand-luggage as it guides you to your gate. Meanwhile, at Lyon in France, seven robots — apparently all called Stan — provide valet parking for up to 2,000 vehicles.

Automated passport control gates are increasingly being used to speed passengers through arrival halls in Asia, Europe and, more recently, in Canada. And in the U.S., Delta airlines recently unveiled facial recognition technology that enables some domestic passengers with TSA Precheck to pass through to the gate without showing any ID other than their face.

Pierre Lanthier, Pearson’s director of IT strategy and innovation, is looking at ways to use technology to take some of the surprises out of travel caused by shifting COVID rules and recent disruptions. In July, the airport started publishing foot traffic information based on recent data to give passengers an indication of whether they’ll be hitting peak time in the terminals. It is also considering using existing ceiling-mounted intelligent cameras to monitor queue lengths at security and check-in and publish that information in real time online.

But Lanthier’s long-term aims go further than that. “We’re working on some concepts around a digital concierge,” he says. “We’re trying to expand our horizon beyond the physical structure of the airport and address the needs of a passenger from the time they leave home to the time they return.”

He doesn’t just want to tell you that your flight is on time and the lineups at check-in and security are short. He wants a service that could also offer to call you an Uber at the appropriate time, give you directions to the UP Express or enable you to order food in advance.

“We really want to ease the anxiety and tension that’s created in travel by providing information but also a common portal for value-added offerings,” he says. 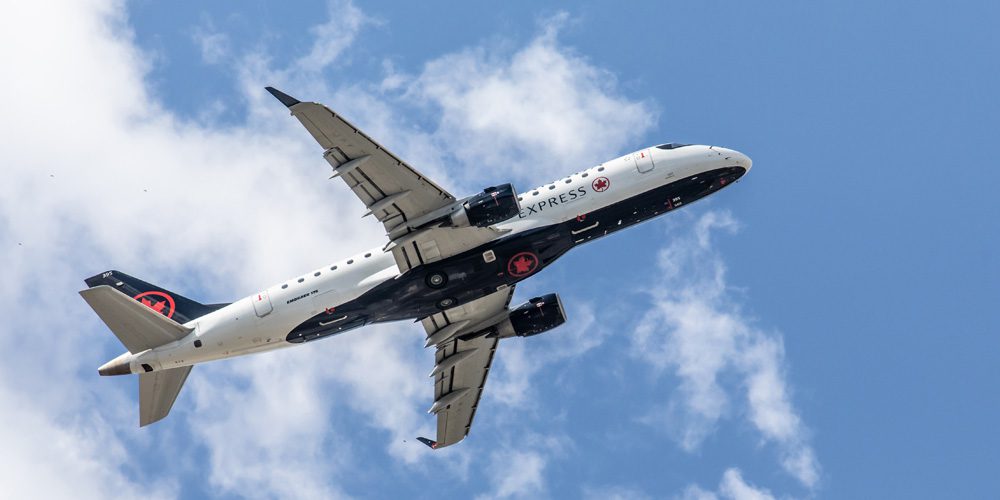 Pearson is the first airport in North America where artificial intelligence is being used to more efficiently space out landing aircraft.

These changes will all add convenience and liven up a journey with touches of techy wizardry. But some of the bigger innovations are occurring in ways less noticeable to passengers.

Air travel sometimes seems like a live-action demonstration of the butterfly effect — a snarl up in Paris can trigger an unpredictable cascade of delays that cause chaos in Calgary. The aviation industry’s hunt for a solution has inevitably led it to artificial intelligence, which excels at making sense of this kind of complex data.

Airlines and airports are increasingly using machine learning and concepts like digital twins (detailed virtual replicas of real-world places or systems) to predict potential disruptions and detect the early signs of things going wrong. “It’s a way to react more quickly,” Stein says. “You can predict and pre-empt maintenance activities, understand capacity modelling and be able to predict the impact of a flight delay.”

Airlines such as Delta and Alaska are using machine learning to plan flight routes and to model potential responses to weather disruptions. And several hubs in Europe and Asia have installed smart cameras that monitor planes at departure gates to flag if a step like refuelling or loading the baggage is taking longer than expected.

In May, air traffic controllers at Pearson began using a new piece of intelligent software to guide arriving planes onto the runway. The program analyzes live information, including the weather and types of aircraft that are approaching, and recommends the most efficient spacing between them. NAV CANADA, which runs air traffic control, says the system will reduce delays and cut emissions as planes spend less time queuing than when controllers manually arrange the aircraft. Pearson is the first airport in North America to adopt the technology, but it has been in use at London Heathrow for several years, where it has cut wind-related delays by 62 percent.

None of these technologies will be a magic bullet for the challenges air travel faces. But aviation is an industry that excels at making small tweaks that add up to a big difference — it was, after all, an airline that famously saved $40,000 by removing one olive from its salads. Data from SITA also shows that technology use and passenger happiness levels are correlated, likely because users feel better informed about what’s happening on their journey.

The real trick airport managers must now pull off is instituting all this technology without disrupting the tens of thousands of passengers who go through their terminals each day. Stein says that will take collaboration between airports, airlines and the government agencies that operate in them. But as Zeeb, the train-dodging drone pilot, confirms, airports are high-pressure environments in which to try something new. “You’re double- and triple-checking everything because the consequences are high,” he says. “It’s certainly not a stress-free process.”

How Canadian startups can access great talent south of the border