What will the future of philanthropy look like in uncertain times? 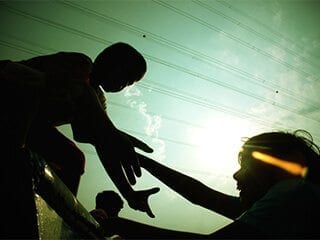 In a September Globe and Mail article, Doug Saunders compiled a list of “Five schools of thought about where the world may be headed next.” It is a thoughtful, robust analysis that includes scenarios of the future as dire as wholesale climate panic and the beginnings of a new Cold War. The focus in all five scenarios, however, is on power: emerging or declining, shifting allegiances and the possibility that we soon will have no world superpower in the future.

If the future is so bleak, how will we find consensus as a society on which global issues will require systemic change? And how will we find the right leadership to make that change happen?

None of Saunders’ possible futures imagined a sustainable global ecosystem led by the young leaders being educated today. Nor were any of the scenarios informed by the young people we come into contact with at Social Innovation Generation (SiG), or the dozens of agencies and organizations in our orbit. And none of Saunders’ scenarios imagined the announcement that came hot on the heels of his speculations.

Not long after Saunders’ article was published, the heirs to the fabled Rockefeller oil fortune withdrew their funds from fossil fuel investments. “John D. Rockefeller, the founder of Standard Oil, moved America out of whale oil and into petroleum,” Stephen Heintz, president of the Rockefeller Brothers Fund, said in a statement published in The Guardian. “We are quite convinced that if he were alive today, as an astute businessman looking out to the future, he would be moving out of fossil fuels and investing in clean, renewable energy.”

This made the news because although the Rockefeller fortune was made in oil, this increasingly progressive foundation sees no future in its further exploitation. Then, just last week, multiple news agencies reported that the US and Chinese presidents had laid out ambitious new targets to cut pollution in a deal that negotiators hope will inspire similarly dramatic commitments from other countries.

It is becoming clear that with imagination, commitment and collaboration, broader, systemic change is, if not assured, at least possible.

I don’t think it is naive to suggest a brighter future is at least possible. It’s not as dire as Saunders’ list of scenarios. We see evidence that positive change is occurring and that younger generations are engaged in co-designing plausible alternative futures.

The world needn’t be so bleak, power-led, caught in a tug-of-war between old enemies. Of the sectors engaging in positive futures, the philanthropic sector appears interested in leading the way. Foundations are getting out in front of the curve: Unconstrained by policy or profit margins, they have been re-imagining their roles both in our uncertain present and our possible future.

While the Rockefeller Brothers Fund may be jumping ahead in the US, the J.W. McConnell Family Foundation in Canada is providing leadership and creating conditions for the exploration of social innovation acceleration and the amplification we need to get in front of our shared social and environmental challenges.

At the 2014 Social Finance Forum, Stephen Huddart, president and CEO of the J.W. McConnell Family Foundation, launched RECODE, an initiative with the goal of inspiring social innovation and entrepreneurship initiatives lead by young people in higher education institutions. This is one of dozens of initiatives being designed to build capacity for the next generation of leaders to see the possibilities, rather than the barriers, in the systems around us.

Future of philanthropy in uncertain times

Recently I was very fortunate to hear Shawn A-in-chut Atleo speak to a small circle of people on the topic of re-imagining philanthropy. He described the sea of change coming with the growth in young indigenous populations in Canada, and discussed how getting to change will necessarily mean integrating all parts of our national systems with aboriginal teachings and practices.

Nothing could be more exciting and more overdue. When I look toward our shared future, I see a convergence of challenges, certainly, but not hopelessness. Atleo described philanthropy as being aboriginal in nature—like the neighbourly give-and-take of a cup of sugar, the exchange is one of friendship.

On November 24, Stephen Huddart will speak at MaRS about Philanthropy for Uncertain Times: Social Innovation and Systemic Change. Join us to hear Huddart talk more about the potential of social innovation to contribute to an evolutionary shift in society’s capacity to adapt in the face of complex challenges.

And if I may be so bold, I suspect he might agree with me: the times are uncertain, but we have options. Informed by history, indigenous practice and contemporary systems approaches, together we can work toward a more resilient, sustainable future. Register today!