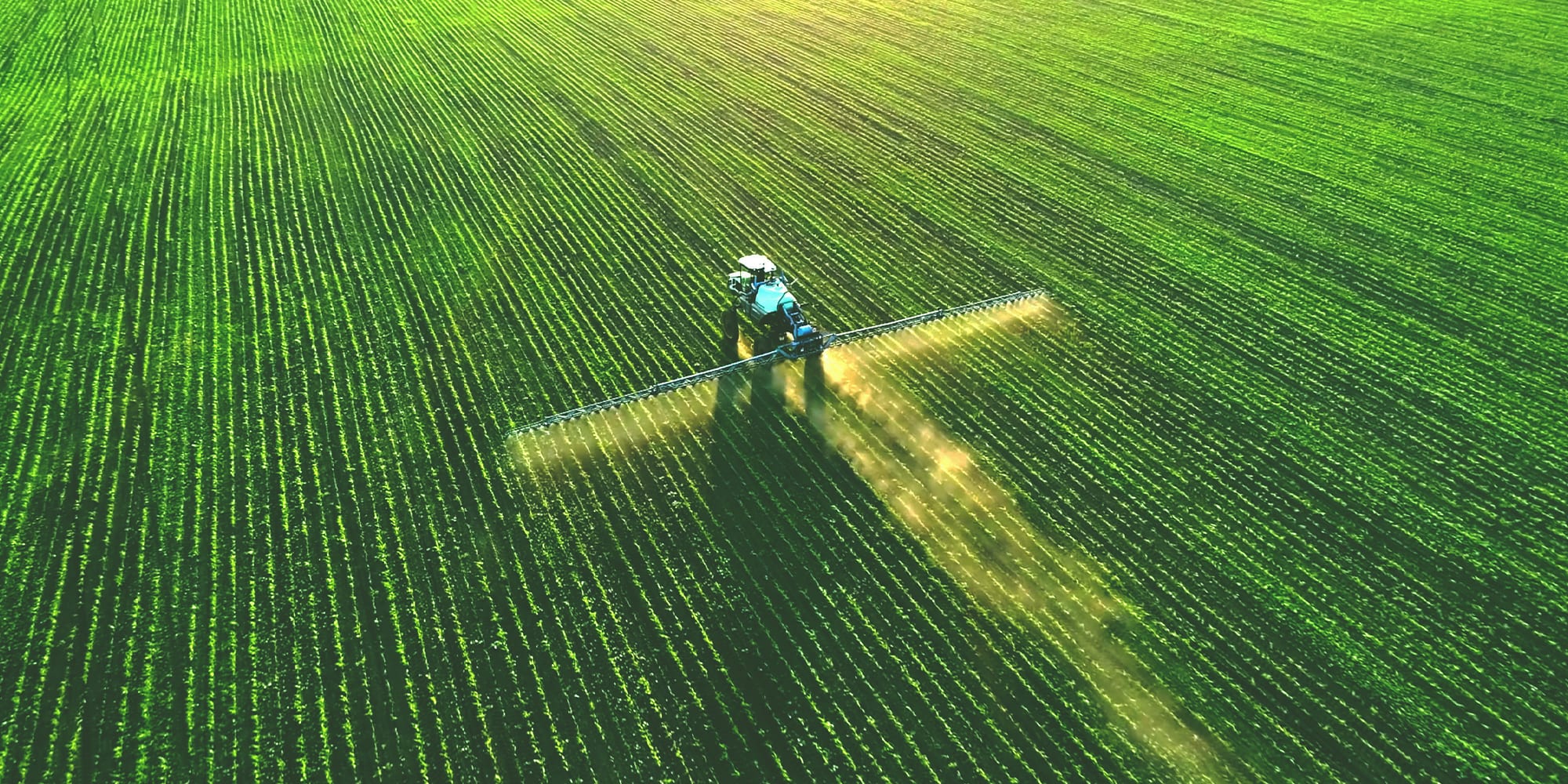 As the global population rockets toward 10 billion people by 2050, there’s good news and bad news when it comes to humanity’s ability to feed itself.

First, the good news: despite a finite amount of arable land, agricultural technology has been getting better, year after year, at doing more with less. Think of mechanization, chemical fertilizers and genetically modified plants. The amount of food produced on a given unit of land has been rising steadily for decades — according to the UN, yields of just about every key agricultural commodity have soared: wheat has increased to 3.4 tonnes per hectare up from 2.6; rice is 4.7 from 3.5, and potatoes 21 from 15.

But hold on, there’s bad news, too. The effects of climate change are being felt at the ground level. According to the United Nations’ 2019 “Special Report on Climate Change and Land,” agricultural soil is eroding up to 100 times faster than new soil is being formed, half a billion people live in places that are slowly becoming deserts and some of the world’s best farmland is at risk of being swallowed by rising seas.

If there’s to be another technological revolution in agriculture, now would be a good time. And as it turns out, one of the most potentially transformative agricultural technologies may be about to hit its stride. The application of nanotechnology to agriculture may soon produce an enormous leap forward in food production.

“The thing about nanotechnology is that it’s not one thing,” says Darren Anderson, CEO of Mississauga-based Vive Crop, one of the first companies in North America that’s commercialized agricultural nanotechnology. “It’s such a broad category of ways to improve efficiency.”

When Anderson says “broad,” he means it. Nanotechnology allows for more targeted and effective application of fertilizers, pesticides and nutrients, boosting plant growth and increasing resistance to disease and drought. Nanomaterials are under development to slow ripening and decay after harvest. Nano-sensors may be able to be integrated into plants to monitor their health in real time, alerting farmers to early signs of stress. And nano-assisted genetic engineering may even, in the future, involve using nanomaterials to penetrate cell walls and deliver genetic material more efficiently.

There’s an extraordinary wealth of potential in the technology. But as with any leading-edge tech, there is no small number of hurdles to clear first.

Think of it as targeted pharmaceuticals for corn and potatoes

As the name implies, nanotechnology deals with things at a very, very tiny scale — so tiny it’s hard to think of an analogue to wrap one’s head around. (A nanometre is one billionth of a metre, which is about 75,000 times smaller than the width of a typical human hair.)

A lot can be done at the level of the supersmall, though.

Anderson’s company, spun out of a University of Toronto lab in 2006, has developed a variety of crop treatments, including pesticides and fungicides. But the revolutionary part lies in how those products are delivered: a formulation called Allosperse that encapsulates crop treatments in polymer nanoparticles. Those particles help deliver the crop treatment more effectively to the right part of the plant.

“A leaf,” explains Anderson, “has a sort of waxy cuticle and there’s a structure to it at the nano scale. If you can control how the pesticide interacts with that structure you can make it stick or penetrate better. The same goes for how it moves through the soil to find roots.”

The technology, says Anderson, is similar to the delivery system used by mRNA vaccines developed to combat COVID-19. Those involve injecting small amounts of synthesized RNA into the body, triggering the production of proteins similar to those of the SARS-CoV-2 virus, provoking an immune response. To ensure the RNA isn’t quickly destroyed in the body, it’s encapsulated in a nanocarrier made of fatty lipids.

That means more of the crop treatment makes it to its destination and less runs off into the soil. Allosperse has been on the market in the U.S. since 2016; Vive Crop chose to focus on the U.S. in part due to the larger size of the market, as well as the fact that liquid fertilizer use is more common in the U.S.

Last year, Allosperse was applied to more than one million acres of farmland, on crops including soybean, corn, potatoes, alfalfa and sugar beets. According to Anderson, growers have seen significant yield gains (up to 2,000 pounds an acre, in the case of potatoes). And by efficiently applying crop treatments to plants, fewer treatments are needed, reducing water and fuel usage, and improving soil quality.

Ensuring these innovations are safe and effective

But success hasn’t come easily: the company has conducted more than 400 field trials in the past 15 years, costing millions of dollars. Vive Crop remains one of the only nanotechnology companies approved for operation in the U.S. and it still hasn’t begun commercial operations in Canada.

“Delivery at field scale is incredibly challenging,” explains John Dutcher, a physicist at the University of Guelph and the Canada Research Chair in Novel Sustainable Nanomaterials. He was a co-author on a recent paper that explored barriers to agricultural nanotechnology in the journal Nature Food. “The environment is complex and hard to control,” he says. “You can do things in the lab much more easily than out in the field.”

The sheer complexity of agricultural applications — interactions with land, air, water and wildlife — also makes the regulatory process that much more complex, as does the non-natural origin of many nanomaterials. “Nature makes plenty of nanomaterials,” says Dutcher. “You and I are full of them. But when you engineer and synthesize one, it’s not clear that it will be innocuous in the environment.”

For example, researchers have found that carbon nanotubes can help boost photosynthesis in plants. But they may also pose a risk to agricultural workers when inhaled, scarring the lungs in a way similar to asbestos.

Vive Crop doesn’t use nanotubes and its products have undergone years of regulatory testing. The company received its first approval from the U.S. Environmental Protection Agency in 2013 and is seeking Health Canada approval this year. Another Canadian company, Psigryph, is tackling the safety problem in a different way. The company’s Nanopect delivery system is based on the work of University of Guelph scientist Gopinadhan Paliyath and uses a biodegradable nanocarrier called Nanopect, derived from Ontario cherries. Like Allosperse, it’s intended to deliver crop treatments more efficiently.

“Because this is not an engineered nanomaterial,” says Paliyath, “it doesn’t bioaccumulate in the body.” He says the company hopes to have regulatory approval within two or three years.

Besides the cherry-based nanocarrier, Paliyath’s work has also focused on nanomaterials that can be sprayed on fruits and vegetables after harvest to slow the ripening process, producing up to four times the normal shelf life for some produce. According to the UN, roughly one-third of all food produced annually is lost or wasted, much of it to spoilage. An innovation likes Paliyath’s could help tackle the problem of food waste from the consumer end, even as more efficient growing practices tackle the production side.

Paliyath believes that the use of products like Nanopect and Allosperse could also help “bring farming back to its roots,” making smaller farms more viable by increasing yields, and reducing the amount of harmful chemical fertilizers and pesticides needed.

Anderson points to an example of one sugar-beet grower in the U.S. who — by maximizing the effectiveness of pesticides using Allosperse — was able to avoid making another application later in the season. That meant less pesticide in the environment. It also meant he saved 40,000 gallons of water and 220 gallons of diesel fuel.

The final barrier Dutcher and his co-authors identified in the Nature Food paper was perhaps the least technically challenging, but no less significant: consumer acceptance. He thinks companies developing agricultural nanotechnologies could take a lesson from the problems that have plagued the creators of genetically modified crops. “Education is important,” he says. “A lot of difficulties with public perception could have been avoided with GMOs if companies were up front about exactly what they were doing.”

Even after nearly three decades, consumer qualms about the safety of GMO foods have never fully abated. They’ve become a staple of diets in the developed world, with no apparent ill effect on human health, and have driven massive increase in global crop yields.

“While there are risks associated with any new technology, we have a changing climate, a growing population, a diminishing supply of arable land,” Dutcher says. “There’s a risk, too, of doing nothing.”

How AI and data are changing sport