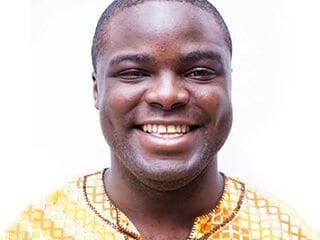 Working with colleagues all over the world was not a new experience for me, but being impressed at every single interaction with a colleague was.

I began working with Iyinoluwa Aboyeji (better known as “E”) when he was running his startup Bookneto, a company that makes it easy for experts to teach online courses on their own websites alongside their blogs. E was based in Waterloo and had come to us in the MaRS edtech cluster after spending a very pleasant evening at a Toronto edtech meetup.

There’s no doubt that E has always been an entrepreneur who dreams big, which is absolutely critical when seeking venture funding—especially from places like Silicon Valley. When E and I were in Mountain View, California, over a year ago for Jason Calacanis’ LAUNCHedu, we spoke at length about his vision for his then-new company, Fora. What resonated with me the most was E’s desire to create a deep, positive and lasting impact on people.

This desire has driven him to build Andela, which grew out of Fora. E and his Fora co-founder Ian Carnevale joined Andela when Fora was acquired by the company and its co-founders Christina Sass (formerly of the Clinton Global Initiative) and Jeremy Johnson (who co-founded the very successful edtech company 2U, formerly 2tor, which went public this March after raising $95 million in venture funding from edtech investment luminaries Rethink Education, among many others).

“Andela is an accelerator of human talent unlike any other,” E shared with me very early Sunday morning from Lagos, Nigeria. “My team and I will scour the entire continent of Africa to find the most capable and intelligent young people. Andela gives them the training and, equally importantly, the mentorship to thrive as developers, and then to work remotely with companies throughout the world.”

At its core, Andela is identifying and leveraging a series of global competitive advantages. E and the Andela team are perfectly positioned to identify a huge number of talented people, to hire equally skilled and motivated trainers, and to build and broadly implement unparalleled curriculum and training methods.

“At Andela, we develop true learning agility and add significant value to global companies that hasn’t existed before from our part of the world,” said E when we spoke.

Late last week, Andela demonstrated its own agility as a startup by announcing a significant seed round (the amount is, as of yet, publicly undisclosed), led by Learn Capital, Omidyar Network, Founder Collective, Steve Case, Rothenberg Ventures, Melo7 Tech Partners (yes, THAT Carmelo Anthony) and Chris Hughes.

Michael Staton from Learn Capital put it perfectly on the day the round was announced: “E is really a very astute guy. I’ve been closely following what he’s been up to since you put us in touch,” he said.

To the many who invested in this round and who have helped E to this point in his career as a still relatively young entrepreneur, Andela is the product of not only an entrepreneur’s vision to help others and create opportunities for his community, but also the result of trust. An interesting facet of this new training and mentorship startup is that it was a result of E’s own training and mentorship here at MaRS and elsewhere, both locally and globally. By surrounding himself with experienced and well-intentioned people and by working hard to get the right introductions at the right times, E was able to build what he aptly describes as “an overnight success that simply took a lot of overnights.”

Always looking toward the future, E tackled the question I always like to ask entrepreneurs—“Are you going fast enough?”—with a quick and unequivocal response: “I am now.” Having quickly transitioned from Fora to Andela since the acquisition, E is now living with a new level of pressure.

“It’s truly amazing how long and hard we have been working on this. But any moment I find myself becoming tired, I think of our mission and look at the faces of our fellows. I realize that this is about them and about getting myself to a place in life where I can give more time to be the kind of mentor that made it possible for us to achieve our vision,” he said.

As to these future plans, I am confident that E won’t stop until Andela is indeed the foremost destination for young talent in Africa—not only for future developers, but in any and all areas in which they might choose to expand.