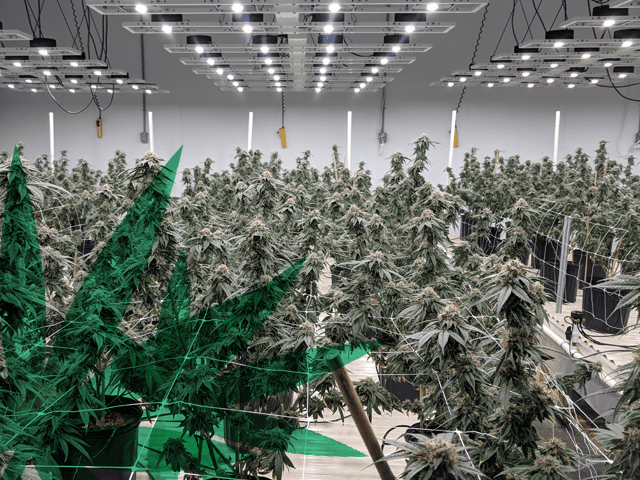 In the third installment of our cannabis series, we speak with Paolo Pincente, co-founder and CEO of Toronto-based cleantech startup Growratio.

Paolo Pincente wants Canada’s cannabis growers to see the forest for the trees. “We all know the money and demand is there,” he says. “But it won’t mean anything if we don’t remember the environment.”

Cannabis, like many agricultural pursuits, is energy intensive. (Vancouver-based grower Tantalus Labs estimates that three per cent of all power in California goes to cannabis production.) It’s a big challenge: how can we foster greater sustainability in one of Canada’s fastest-growing markets? Paolo believes the answer is in innovation.

“The writing is on the wall. If growers don’t change, they will be replaced by a new wave of progressive producers wielding progressive tech.”

Paolo and his brother Robert founded Growratio in 2015 in the wake of Prime Minister Trudeau’s legalization announcement. Excited at the prospect of capitalizing on a thriving new industry (“I was too young to jump on the dot-com boom,” he says), Paolo was immediately struck by growers’ lack of environmental concern. For example, few companies used LED lights; many produced abundant waste.

And the numbers don’t lie. When compared to traditional methods, Growratio’s systems can save a 50,000-square-foot facility — a common size for the cannabis industry — $750,000 a year.

Paolo wants growers to look beyond short-term gains and the “profit first” mentality, and instead see the larger opportunity to be found in a wholly sustainable business. “In this day and age, no organization should ever operate without a social conscience,” Paolo says. “There are lots of simple solutions – reusing water bottles, embracing renewables, etc. – that do right by the planet and grow your business.”

Growratio is indeed growing. The company recently opened a new research lab at MaRS, with further milestones to be announced in the coming months.

While cannabis has fuelled Growratio’s early success, the company’s diversity of products and services remains at the core of Paolo’s continued strategy. His company’s tech can be applied to all manner of horticultural growing and easily adapts to new innovations. Vertical farming, partnering with agricultural therapeutics companies, even farming in outer space – all areas Growratio hopes to explore as it scales.

It’s a testament to Paolo’s holistic business vision. Build a company around what people (and the planet) want and need, and you have a winning formula.

“We’re experiencing something special,” Paolo says. “Toronto’s emerging as a tech powerhouse; people are investing in sustainability; and legalization is finally here. It’s the perfect storm.”

And Growratio has its eyes on the horizon.