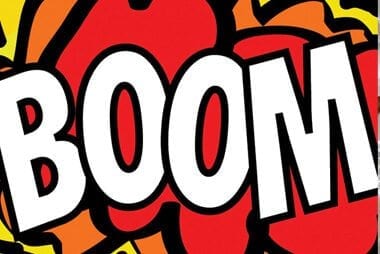 I was in grade three. After a stellar report card, my parents took me straight from school to Zellers, where I received a brand new, Japanese-made Sega Genesis – a 16-bit gaming system with a blazing 8mhz processor (today’s smartphones are a mere 1000mhz).  It was my entry to computer-generated ecstasy and I’ll never forget it.

Canadian-made games, such as Assassin’s Creed, Mass Effect, Splinter Cell and Prince of Persia have smashed, blasted and shot their way to becoming some of the top selling games in North America

There have also been major rifts and shifts in power as competitors were defeated and new contenders emerged. Japan is no longer a solo superpower, it now shares that title with the United States. Only there’s a third power that’s emerging at a thumb-blistering, eye-watering, couch-denting rate. A force that wasn’t even on the map 15 years ago, but is now the world’s third largest centre for video game development—Canada!

Canadian-made games, such as Assassin’s Creed, Mass Effect, Splinter Cell and Prince of Persia have smashed, blasted and shot their way to becoming some of the top selling games in North America.  According to a report by SECOR consulting – Canada’s unprecedented rise can be credited to three factors:

A steady stream of talent from specialized sources

Canadian universities and colleges are churning out tech-savvy youth who are just as comfortable speaking Java as they are speaking English. To further optimize the talent pool, pilot projects are underway to connect educational programs directly to the video game industry, and Toronto’s George Brown college is launching its own dedicated gaming program and incubator.

Another prominent example is “Eight: The Hamilton Institute for Interactive Digital Media” which unites Silicon Knights – a Canadian video game developer, with McMaster University, Mohawk College and the Art Gallery of Hamilton.

Montreal, Toronto, and Vancouver are exciting, fact-paced urban experiences with world-class telecommunications infrastructure – critical for the video game industry. Offering a plethora of condominium and rental options near thriving commercial and entertainment districts – these cities offer a work-life balance for young talent.

Though not exclusive to the video-game industry, Ontario, Quebec and British Columbia offer tax credits on labour ranging from 17.5% to 37.5% of total expenses.  The federal government’s Scientific Research and Experimental Development (SR&ED) awards tax credits for R&D related expenditures.  These incentives help Canadian developers fine-tune their art, push graphical boundaries and deliver virtual experiences that have won the thumbs of millions around the world.

The demographics of ‘gamers’ are changing—the percentage of female gamers is rising and is nearly on par with males. 30- to 50-year olds have also become significant consumers of video games. Gone is the stereotype of a pubescent young boy strapped to his PlayStation all day.

Canada is well-positioned to connect with these new audiences. Quebec has a thriving gaming industry, including the largest gaming studio on the planet. Toronto has a rich community of ‘indy’ gaming houses and its talent base is attracting larger companies. And Vancouver’s thriving social and mobile gaming scene is producing wining companies like Silicon Sisters.

Translation: Canada is an elite player, keeping strong enemies at bay, circling valuable resources and sharing the spoils of gaming across the country