How every entrepreneur can become a better storyteller 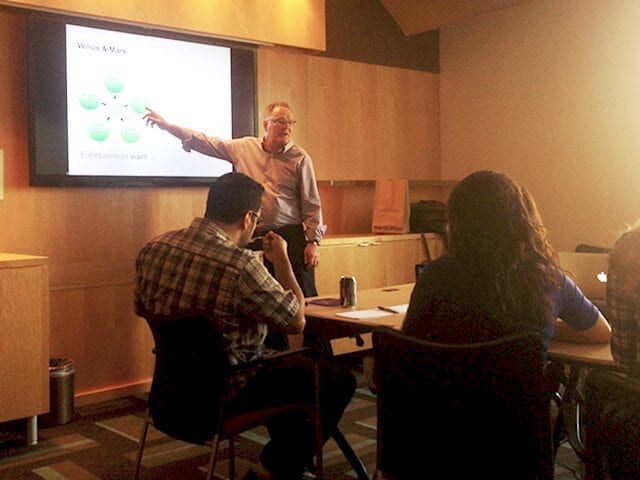 Note: This post originally appeared on JOLTco.ca. It has been reposted here with permission from the author.

Memorizing an elevator pitch is one thing. But being a good storyteller is another.

Investors, customers and employees all need to be engaged with a startup’s story before business leaders can expect to secure outside funding, gain traction with consumers or retain their top talent as they scale in size.

“Everyone is upping their game as we look at storytelling,” says Peter Evans, CEO of ExpertFile, a software provider for corporate thought leaders, who has helped numerous startups raise funding.

Here are six ways to become a better storyteller:

Do: Use simple, direct language and strong, active verbs when describing your offerings. Metaphors—such as ‘We’re like the Zipcar for designer fashion’—can prime “the brain to hear the second or third line of a pitch,” says Evans.

Avoid: Trying too hard while making comparisons to other companies. “Metaphors are popular in the Valley but don’t think of something unimaginative,” says Evans.

Do: Explain why your innovation is faster, better and cheaper than competitors. Tech providers, such as those in life sciences or education, should also describe how a device or software is compatible with other systems. “If you’re trying to force systemic changes you need to be compatible,” says Evans.

Avoid: Missing the cues below, which may mean an investor isn’t interested—and that you have questions to address the next time you try to tell your story:

Do: Be empathetic to consumers when describing how your product or service alleviates a specific pain point. “Trying to understand what their pains are, and how you can meet that, is important,” says Ryan Holmes, CEO of the social media management company Hootsuite, which boasts more than 740 of Fortune 1,000 companies as its customers.

Avoid: Too much detail, over-used buzzwords and industry-specific jargon. (Or jargon of any kind, for that matter.) Instead, convey the magnitude of the issue you’re battling by emphasizing the right key words—”toxins,” “overbuying” or “wastage,” for instance. “How is this innovation better than existing methods that I could use, and how is it better than doing nothing?” says Evans. “We’re often competing against inertia.”

4. Get excited when telling your story

Do: Inspire investors, customers and especially employees. “If you as a CEO or leader can’t get people excited about the opportunity of your company and what you’re doing, I think you’re going to have problems getting anyone else on board,” says Holmes, who has grown his employee base from just a handful of workers in 2008 to more than 700 employees today.

Avoid: Ignoring new recruits when sharing your business’s story. Says Holmes, “If you can’t get new hires excited, how do you expect to get teams you need to build a vision of the product?”

5. Engage on the right levels

Do: Touch on three levels during an investor presentation: emotionally, rationally and financially. “I’m very big on the right use of images and graphics to evoke emotion, to evoke rational logic but also that notion of appealing to people’s sense of greed and excitement around how much money there is to be made,” says Evans.

Avoid: Being all talk. “You can tell a great story, but you also need a great product to back it up,” says Holmes. “Eventually, it’ll catch up to you.”

Do: Highlight different aspects of your business for different types of investors. “We know from a storytelling perspective not every investor is going to go for one single story,” says Evans. “You also have to do some adaptation. It’s not changing the company.”

Avoid: Failing to address the following core components when adapting your story to different investors: