How this Toronto CEO ramped up business tenfold — within days 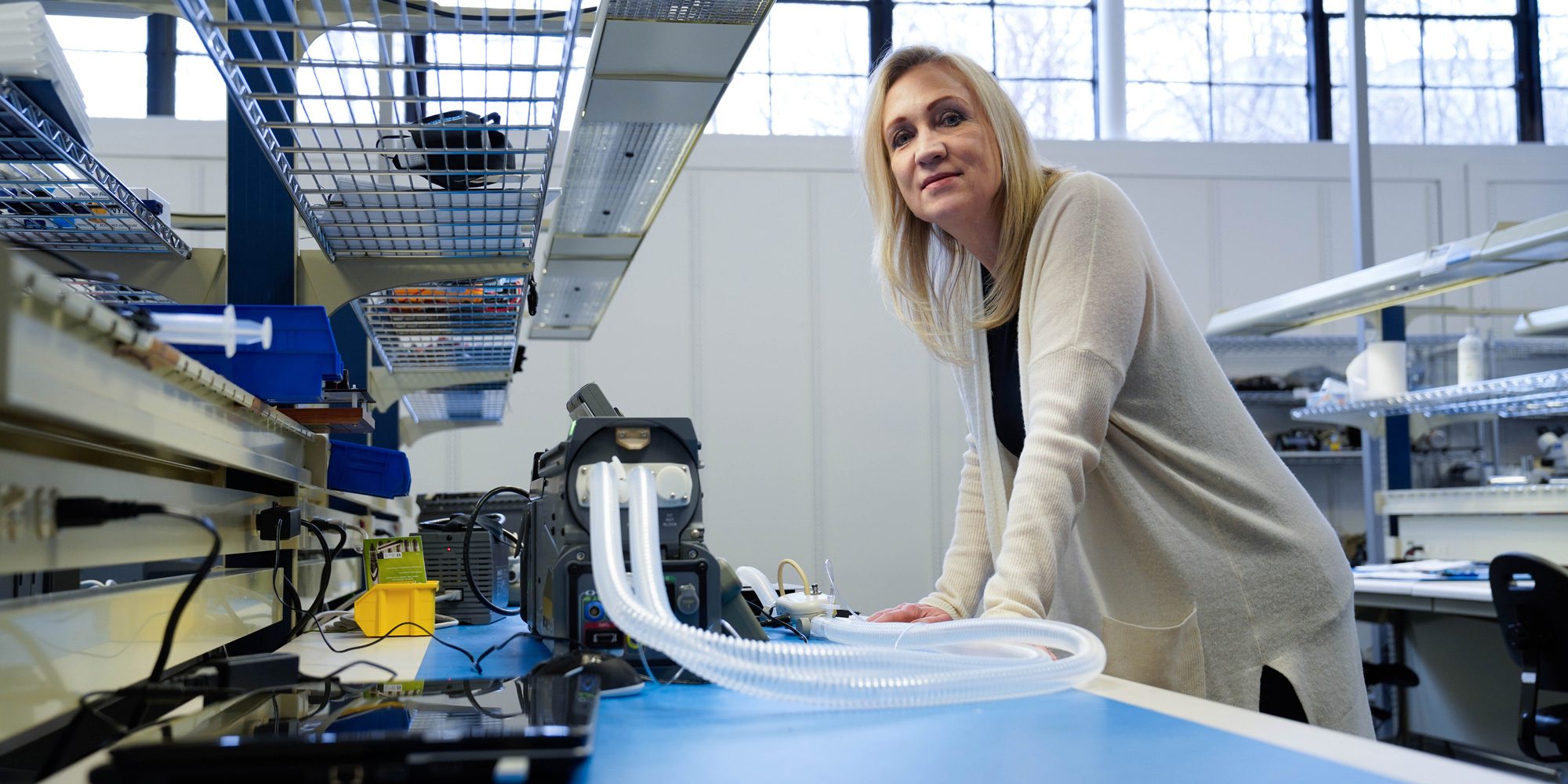 Lesley Gouldie shares how she led Thornhill Medical through the storm of the early pandemic and scaled up production of its life-saving device under nearly impossible circumstances.

For many CEOs, the COVID-19 pandemic has been the ultimate test of leadership. But for Lesley Gouldie — the new president and CEO of medical technology company Thornhill Medical, who had been in the position for only a year — the stakes were even higher. Thornhill was set to move into brand new facilities the same week Ontario went into lockdown in March 2020 and requests for its mobile integrated life support device were flooding in. Gouldie and her team needed to increase production tenfold.

How could the company possibly ramp up production to meet that sudden demand? Fortunately, Gouldie has decades of leadership experience to draw on, a solid core team and a company culture that already put the patient first. She describes how she led through the storm and scaled the company under nearly impossible circumstances.

The early weeks of the pandemic must have been incredibly intense as hospitals raced to secure devices. How did you handle the demand?

It was quite astonishing. Prime Minister Trudeau actually named us in a formal press release, announcing they were moving forward with us. We were just inundated with responses from businesses and the public. I literally had to go and secure three people just to help respond to telephone messages and emails. And through that process we had a lot of companies in the manufacturing world offer to support us to scale up production.

We were able to secure an arrangement with [auto parts supplier] Linamar. I’ll never forget that it was a snowy Saturday in Toronto. Three of their team drove from Guelph and met with us. And they just said, “Look, we’re here. We’re available to help. Just let us know what you need.”

How quickly did it take to on-board with Linamar?

Our device has 1,500 components. It’s four devices integrated into one and technically very complicated. And because it’s a medical device, requirements are very strict. It’s not like you can just go to somebody down the road and say, “Help me manufacture this.”

Typically, it would take at least six to 12 months to qualify a contract manufacturer and go through the technology transfer. This is not something that happens in days or weeks. It’s normally months. And we did this in days.

But time was of the essence. We were very conscious about making good decisions very quickly. Not only was Linamar supportive, but they actually had the skills, capability, capacity and the willingness to work with us. And fortunately, we had materials and components on hand, so we were able to build the first batch by working side by side and train them.

But there must have been some supply chain issues.

The whole global supply chain was just completely constrained. But we have had a long-standing, positive relationship with many of our suppliers. Then there was Linamar’s supply chain capability. They had about 10 people on their supply chain team dedicated to accessing supply and putting together delivery schedules. It was an extraordinary accomplishment.

Sometimes a component became obsolete. We’ve got millions of little electronics that are needed. So, a big part of our success hinged on the skill set of our engineering team and their ability to adapt. They worked literally around the clock to requalify components as we found gaps in the supply chain.

Everything was made even more complicated by the fact that yes, we needed to scale, but our suppliers had to scale as well. We actually had to support them with their own ramp-up to make sure that timelines were met. Because one component could cause that entire production to stall. “For the want of a nail a kingdom was lost,” right? We took our own team and embedded them with the suppliers.

You went from having the capacity to manufacture 50 units to 500. Beyond working with Linamar, how did you scale so quickly?

When you scale, the people piece is huge. In March 2020, we already had a great core team. But to meet the exponential demand, I had to parachute in a surge team as consultants. I’ve been around the block so many times, I’ve got a really robust Rolodex. We brought in engineers, financial support, HR support and business development support.

These very qualified, senior, competent, capable people just completely stepped up and supported the team. Once we got through the peak they stepped back.

Everyone was just amazing. They worked around the clock. They embraced the mission without even batting an eye. And we had to do this through these extraordinary COVID protocols, lockdown and uncertainty. It was so weird though. I’d look out the window and there wouldn’t be a car on the street. It was so eerie coming to work every day. But the people did it without hesitation.

Ultimately, I augmented not only the management team, but increased our staff by over 70 per cent. And we now have a core team in place to manage and sustain growth going forward. 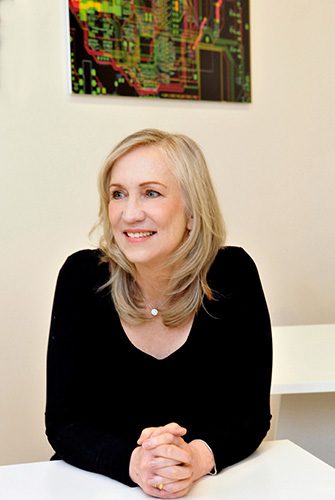 Tell me you got some sleep.

You know what? I did. Fortunately, I am a good sleeper. I think that saved me. I was working ferocious hours, but I slept well.

How would you describe your leadership style pre-pandemic?

I don’t think my leadership style was that different from other CEOs. You develop the strategy, you come up with the tactics and you report back. If things go into the gutter, you come up with strategies to remedy that.

Pre-pandemic, I didn’t like to micromanage. I liked to give my team as much autonomy as possible and then just provided guidance when required. It was very much a hands-off approach and I only parachuted in when required.

During the pandemic, everything was completely different. We met daily. There were constant updates and a constant flow of information. And sometimes we’d have to meet twice a day if there were some intense things we had to address.

It was a very different style. It was crisis management. So there had to be a tonne of communication all the time. We had daily stand-up meetings every single morning. Because every day there were 100 different problems to solve.

It sounds like it’s not that you were micromanaging, but trying to gather as much information as quickly as possible.

Yeah, there was just so much going on and so many decisions that had to be made. It’s not like you could go back to your office, do the analysis, write a report and make a recommendation. It was real time.

Will the pandemic change the way that you lead in the future?

You know, I have a financial background and I’m a very analytical person. I have also been in leadership positions for over 25 years. This wasn’t my first rodeo, so to speak.

One of the things about my leadership style is I’m very calm. I think that that stood me in good stead because there were many opportunities to panic along the way. And there were times when I thought, “How are we going to get through this?” But we broke the problem down and we solved it. Then we just came to work the next day and solved the next one. So, I think being calm and analytical really served me well during this phase. That is learning I’m going to take with me because it worked really well.

I also learned that communication — or, actually, over-communication — is paramount. I’m a lot more intentional and conscious about constantly communicating and making sure everybody’s apprised. So that’s a big takeaway, too.

Like you, many Canadian CEOs found themselves leading through these extraordinary times. But their focus was on saving their companies. Yours was also on saving lives. Did that reality change the way that you led your company? Was there a sense of urgency that was not there before?

I’m not sure it was different, to be honest. Our technology is about saving lives. And our team has always been, and still is, very mission-driven. So obviously, there was a hyper sense of urgency because of the pandemic, but I think everybody has always taken what we do very seriously. We’re emergency medical care. So, by definition, what we do is urgent. It was already in our DNA.

You’ve said that as a small business, being flexible and nimble is so important. But if Thornhill Medical is growing 800 per cent over three years, how do you retain that agility? Is it even possible?

Absolutely. To sustain it, you have to have a proper infrastructure and processes in place. Otherwise, it goes from being agile and flexible to chaos. We didn’t want that to happen.

By expanding the team, we’ve got a stronger bench. We’ve improved the processes and the infrastructure. We have more components in place to actually facilitate flexibility and agility. I don’t personally see processes and tools as barriers to moving quickly. I think they expedite it. If you’re more organized you’re more efficient and you can make decisions quickly. So we are now even better positioned than we were before.

This interview has been edited and condensed for clarity.