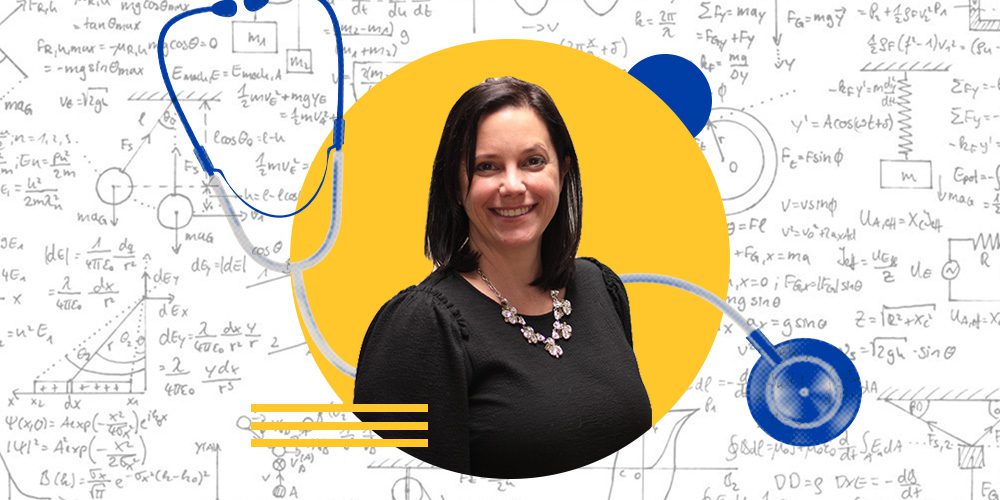 A man in his 30s comes into a store clutching a red toy truck. He wants to return it and he swears he bought the toy there, but he doesn’t have a receipt. The young woman at the register can only offer store credit, and the man starts to get frantic — he needs the cash; his daughter has pneumonia; her prescription is expensive. The woman apologizes: store policy. She’d be risking her job. The man is desperate about his daughter. And then they both turn to the camera and demand to know: what would you do?

This short video is one of several that prospective medical students now watch as part of their university application process. The questions that follow might not seem the likeliest to ask the next generation of healthcare workers: Would you give the man a refund? How might you let him down gently? What’s an essential quality in customer service? But Kelly Dore, an associate professor in the departments of medicine, obstetrics and gynecology at Hamilton’s McMaster University who helped devise the test, believes the answers provide valuable information that can’t be captured by GPAs or MCAT scores.

They demonstrate a student’s capacity for empathy. They point to morality and to judgment. And they provide the foundation for the kind of emotional intelligence that Dore feels defines an effective doctor. She wanted to reward that intelligence in med school candidates — while also making the entire application process more accessible and less prone to bias.

“When we think about patient outcomes, they depend on so much more than a physician being an incredibly bright person,” says Dore, a careful listener who is quick to demonstrate in conversation the same thoughtfulness and warmth she champions. (Meetings and interviews can sometimes be interrupted by her kids coming in for a quick hug; Dore has a standing open-door policy.) “So, how do we make the statement that skills like communication and compassion are very, very important to being a good healthcare provider?”

Dore and oncology professor Harold Reiter founded Altus Assessments in 2014 to both make that statement and actually measure those skills. There is ample research that suggests the better a physician’s communication and interpersonal capabilities, the better a patient’s outcomes: the patient is more likely to share relevant information about their health problems, leading to a more accurate diagnosis, more appropriate treatment, and better adherence to whatever medical plan is put in place. As the pandemic continues to heap greater demands on the healthcare system and its doctors, these outcomes are even more essential.

Drawing upon her background in cognitive psychology and health education, as well as research in professionalism and situational judgment, Dore helped create a test for social intelligence called Casper. Video-based scenarios might delve into work-life balance or personal sacrifice or an ill-advised social media post. Each of the 15 scenarios brings with it three questions, which applicants have just five minutes to answer.

The short time limit — and the fact that these scenarios don’t take place in a clinical setting — are meant to push students for authentic answers. They’re also designed to promote a broader pool of candidates. “Because medical schools have to cut down a massive number of applicants, they end up prioritizing academic metrics and success on standardized tests,” Dore says. “But we know those tests have biases in them, whether they’re racial or socioeconomic or demographic.” And while personal statements and reference letters can offer a fuller picture of the candidate, they still tend to favour students who have the greatest resources and access. “That’s why we can’t just be reliant on academic metrics,” she says.

Altus’s solution: a diverse group of raters, trained in implicit bias, each scores a different one of the scenarios, which have been tweaked over the past decade to adjust for power dynamics and cultural sensitivities. The students’ answers are scored across 10 metrics, including professionalism, resiliency, motivation and ethics.

These are the traits that can sometimes be described as “soft skills,” though Dore gently pushes back at the term. “It can suggest that medical knowledge is the hard skill — hard to get, the one you’ve got to work for — whereas soft skills just come,” she says with a knowing shake of her head. “I actually feel that these are the skills you often need to think through a lot more.”

Already, 90 percent of all Canadian and U.S. medical students take Casper as part of their admission requirements.

“How you communicate with patients, how you collaborate with a healthcare team — these qualities are just as important as medical knowledge,” says Maya Hammoud, clinical professor at the University of Michigan Medical School, one of the institutions using Casper. “I’d argue that they’re even more important qualities, because knowledge changes. We want physicians who can identify what they know and what they don’t know, and who will pursue that new knowledge to provide the best care for patients.”

It sends, Dore says, a critical signal to new healthcare workers that empathy and resilience matter. And she believes it creates a ripple effect: in demonstrating compassion for others, physicians learn to have compassion for themselves. That’s especially vital during a pandemic that has led to severe burnout in 60 percent of Canadian physicians, nurses and other medical professionals.

“So, physicians can use this skill set to say when they need help and support, and identify when their colleagues do,” Dore says. “The more we can have those conversations, the better our healthcare system is going to be.”

Trouble sleeping? New tech can treat your “coronasomnia” and other ailments