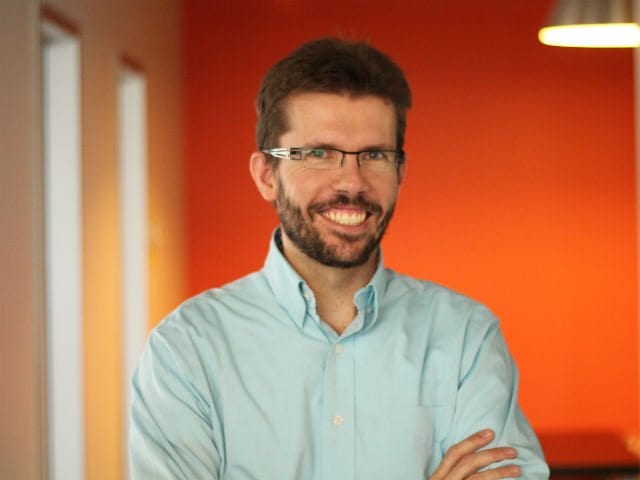 At the Ottawa hospital where Dr. Matthew Bromwich practises, there were thousands of kids on a nine-month-long waitlist to get hearing tests. These children potentially needed urgent care, but they were caught in a bottleneck caused by a shortage of audiologists and testing rooms.

Matthew, an ear, nose and throat (ENT) specialist, also noticed that the hearing test equipment was out of date and expensive to replace. He decided to take matters into his own hands and in 2005 he co-founded Clearwater Clinical, a company that develops mobile medical devices and cloud management systems.

“When [Matthew] looked at the state of the equipment, it really hadn’t changed in decades, so he set out to build a new approach,” explains Michael Weider, the CEO of Clearwater.

The company’s flagship product, the Shoebox audiometer, is designed to make hearing tests simpler and cheaper to conduct, as well as much more accessible. The audiometer produces a series of tones during a three- to five-minute game that patients play on an iPad. Once patients complete the test, they can view their own audiogram. The results can also be viewed by ENT surgeons in other locations, enabling them to recommend treatment plans for patients located in remote areas.

In 2013, Michael, a serial entrepreneur, had already sold two of his computer software companies and was looking to get involved in projects that had a positive impact on people’s lives. That opportunity came when he was introduced to Matthew, and he joined the company as CEO in 2014.

“I saw that [Matthew] was really on to something interesting where we could really make a huge impact on this industry by democratizing access to hearing testing,” says Michael. “Over 640 million people worldwide have some form of hearing loss. It’s a very common problem, but the solutions have not evolved much over the years, so we saw an opportunity to innovate and effect change.”

The pair has since been working to scale the company, focusing primarily on the Shoebox. Since they launched the product three years ago, it has been met with high demand and that demand is expected to continue growing as the population ages. To date, the Clearwater team has processed over 50,000 audiological tests.

According to Michael, the cost efficiency and ultra mobility of the device make it a game-changer. While traditional audiometry equipment is bulky and can cost upward of $35,000, the Shoebox allows hearing tests to be performed by more people in more locations at a significantly lower cost.

“The product is automated in such a way that a family physician, nurse or someone without the long years of training in audiology could perform a test, and it will still be accurate,” says Michael.

The Shoebox audiometer is currently offered in North America, and Clearwater will be launching the device in Europe by the end of this year. Michael says they hope to have a global footprint in the next few years and be able to offer the product in more developing countries, where there is a real lack of audiologists and infrastructure.

“We really want to develop a hearing test for everyone on the planet. That is one of the focuses of our business over the coming years: to take the success that we’ve had here in Canada and the United States, and scale it globally,” says Michael.

For Michael, seeing the company’s impact is the most rewarding part of being an entrepreneur.

“Seeing that you’re making an impact on the world and seeing the product growth and usage by customers is always very motivating and gratifying,” he says.