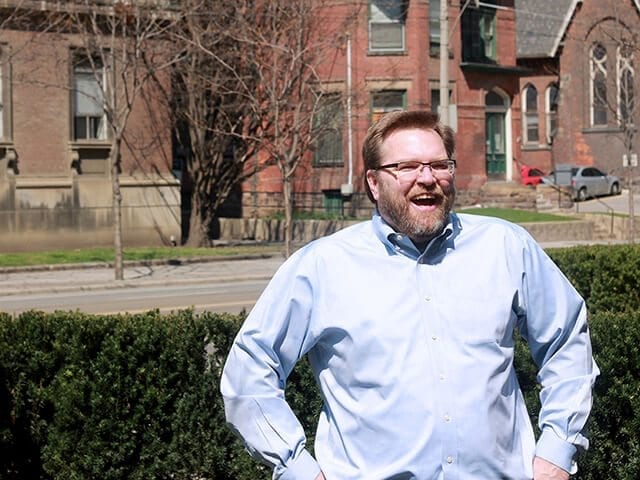 Before the Internet took over retail, customers were loyal to shopkeepers who knew their names and what they liked, and were able to recommend products.

That level of personalization has since been lost and brand loyalty is even harder to come by. Consumers now have a ton of options and even more information. How do retailers inspire brand loyalty in today’s competitive retail landscape?

Coherent Path believes that understanding the entire customer journey is the answer, rather than just focusing on the next sale.

The company’s software acts as a sort of digital shopkeeper that knows its customers’ preferences and shopping habits. It uses data and hyperbolic geometry to create a map of the customer journey, sending customers the right product at the right time. The software increases customer engagement and loyalty by providing a more personalized experience.

The journey of a serial entrepreneur

James Glover is the president and co-founder of Coherent Path. Like the customer journeys that his software maps, his own journey hasn’t been straightforward. He started several companies (in the areas of financial services, web security, fraud and cloud virtualization) before launching his latest venture.

James comes from a family of entrepreneurs: he watched his father and uncle start a financial services business when he was 10 years old.

“Being part of a startup and a big family was really formative from the age of 10 on,” he says.

“Big family” is an understatement. James’ family adopted 16 kids after his father’s business took off.

“It taught me to compete within the loving framework of family: fierce competition, but among friends. It taught me that being part of any team is a mutually rewarding thing that requires a duty of care for the other members of the team,” he explains.

James’ father also taught him that risk and failure are OK.

“Not everything you do will be successful and that’s OK,” he says.

James hasn’t been afraid of failure in his career as a serial entrepreneur. When his first company didn’t succeed, he simply moved on to the next idea.

“Many startups avoid seeking feedback from the market because they want to live with the idea that their startup is awesome,” says James. “But if you listen to the market, it will tell you if your startup sucks. I learned early on that the market gives you information and the faster that you can get that information the better off you are. Then you can move on to the next idea.”

James was involved with three other startups that had successful exits. After Desktone (where he was VP of sales) was sold to VMware, he saw two possible paths: stay and receive a big retention bonus or set off on his own once again. Based on his entrepreneurial track record, it’s no surprise he chose the latter and started Coherent Path.

He wasn’t worried about jumping into another venture. “Dreading failure is way worse than the experience of it,” he says.

His advice for other entrepreneurs

James stresses the importance of finding co-founders who you can trust. He came from a sales and marketing background, so he had to rely on his co-founder Greg Leibon’s mathematics background to validate the idea behind Coherent Path.

“We each brought something to the table, but we had no way of validating what the other person was saying. I’m not smart enough to know whether the math we use is better,” says James, “and he’s not knowledgeable enough as a business person to know whether we could sell to stakeholders. It’s all about trust.”