#HumansofMaRS: Coinsquare is growing our digital wallets, one bitcoin at a time 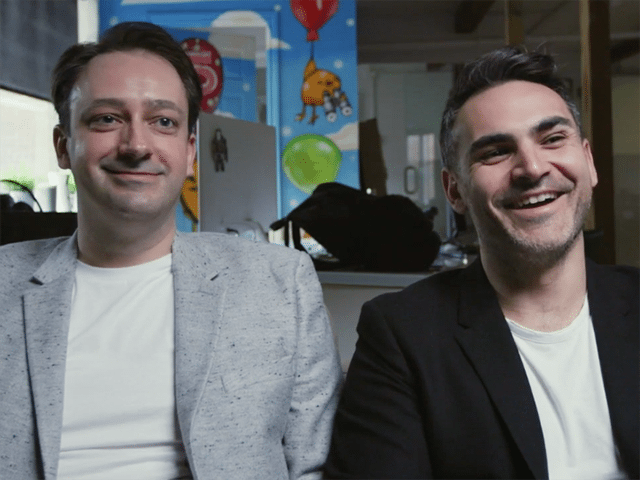 A mathematician at heart, Virgile Rostand is not a natural risk-taker. So what drew him to the volatile “coin-flipping” business of bitcoin?

Between 2009 and 2013 the value of bitcoin, a digital currency powered by blockchain technology, exploded to the extent that a Norwegian man’s $27 investment increased to $886,000, enough money to buy an expensive apartment in Oslo. Conversely, another cryptocurrency, ethereum, temporarily crashed from $319 to 10 cents within seconds just last month.

This unpredictable and exciting industry was an unlikely playground for Virgile, but he jumped in, seeing it as an opportunity to combine his skills in mathematics, computer science, risk management and finance.

“The world revolves around money and numbers—and I was always good with numbers. I decided to go into finance because I needed a career, but my plans changed when I became aware of blockchain in 2014,” says VIrgile, who studied mathematics at Laval University and then earned a master’s degree in mathematical finance with the goal of kick-starting a solid career.

After working as an engineer for a financial startup, Virgile saw blockchain popping up everywhere and decided that this “alternative finance” was something that would get him up in the morning.

“I was essentially looking for a way to invest my time and career in digital asset platforms and founded Coinsquare two years ago,” he says, adding that he wanted to create a platform that would help people to buy and exchange digital assets at the best possible price.

Coinsquare currently has $5 million in user investments and it celebrated its first million-dollar trading day last month. Users open accounts online, fund them with a bank transfer or cheque and then load their “digital wallets” by trading popular cryptocurrencies such as bitcoin and ethereum, as well as gold and silver.

When it came to building his company, Virgile initially acted as a jack of all trades. In the first two years, he was Coinsquare’s marketing director, support agent, trading director and security analyst, until he brought on his business partner, Cole Diamond, earlier this year.

“I haven’t always been entrepreneurial,” says Virgile. “It took a lot of hours to set up the infrastructure and all of the software, which had to be built from the ground up. I carried my notes with me everywhere, working out of coffee shops. Mundane coding and testing took days. If I had to do it again, I’d start out with a business partner right away, instead of trying to do everything myself.”

Coinsquare has grown from a one-man company to have a current staff of eight. The goal is to expand the company to at least 45 people.

What does the future hold for cryptocurrency?

After one of the first bitcoin crashes several years back, many thought the currency was dead. But it’s back and gaining strength; in June one coin was worth almost $3,000.

Despite this resurgence, Virgile doesn’t see cryptocurrency replacing the Canadian dollar any time soon. He thinks it will continue to increase in popularity and believes people should invest in it the same way they buy insurance.

“When you buy insurance, you pay a premium, which you may not get back. It’s kind of the same thing with cryptocurrency,” Virgile explains. “You could lose it all or end up making a lot of money.”

The company’s traders range from 18 to 65 years old, although the majority are young, tech-savvy individuals. Traders flip coins, sell them for profit, buy products off of the Internet that are sold in cryptocurrency or hold onto the coins for investment purposes.

The next step for Coinsquare is a mobile app for both iOS and Android, enabling people to trade from their phones.

Learn more about Coinsquare in our latest video series, Net Worth, which explores the world of fintech by spotlighting a series of ventures from our ecosystem. Produced by Vice, the episode featuring Virgile and Cole takes a deeper look into identification and digital security.