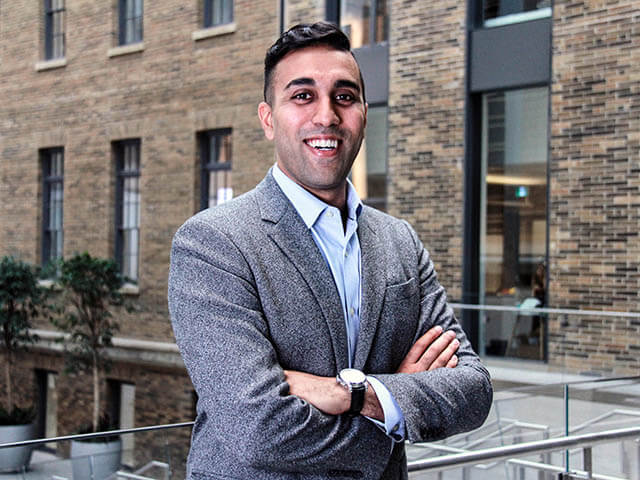 It’s no secret that developing a new pharmaceutical drug is expensive work.

From research and development to market, the estimated total cost of creating a new drug hovers at around US$2.5 billion on average.

As fewer drugs are hitting the market due to rising expenses, Cyclica Inc. believes that big data is the solution to increasing efficiency and lowering costs.

Cyclica’s predictive analytics evaluate all of the different ways a drug can interact with the human body’s known proteins, helping to assess that drug’s probability of market success.

“Think of the drug as a key and the body’s proteins as a lock,” explains Naheed Kurji, the CEO of Cyclica. “By using computational drug discovery, we can predict how a key opens up various doors. Some of those interaction points can be positive or negative in nature. We provide a full profile of what that drug is going to do earlier in the process. If there are any red flags to be presented, we can help raise those red flags.”

While scientist Jason Mitakidis founded Cyclica, Naheed has followed the company ever since he saw Jason pitch his idea four years ago at a venture capital competition at the University of Toronto.

“It was only an idea back then, not a fully developed business, but I was always intrigued by its potential,” says Naheed.

He kept tabs on the business as it grew and left a directorship role at the Bank of Montreal two-and-a-half years ago to join Cyclica as its chief financial officer. He was later chosen to become the company’s president and CEO after Jason decided to step down.

“About 10 years ago, one of my grandparents was admitted to the hospital for a fairly routine check,” explains Naheed. “She suffered from chronic lupus, which is an auto-immune disease, and the doctor misprescribed a medication. Forty-eight hours later she slipped into a coma and died. It was completely preventable.”

Since then, Naheed has been thinking about the social impact of Cyclica—not only as part of the pharmaceutical industry, but outside of the industry as well. He believes that Cyclica could also have an impact on lowering drug-approval costs for countries in Central Asia and Africa.

“My parents are from East Africa and, as we all know, Sub-Saharan Africa is fraught with disease—diseases that probably shouldn’t exist anymore,” he says. “Areas like East Africa need more support because the act of approving and purchasing new drugs can be prohibitively expensive.”

Currently, Naheed is focused on growing Cyclica and its team. The future looks bright. Last month, the company completed a $2.4-million financing round, enabling it to scale up and expand its product development efforts.