#HumansofMaRS: Learn how FREDsense took their science project from home to lab 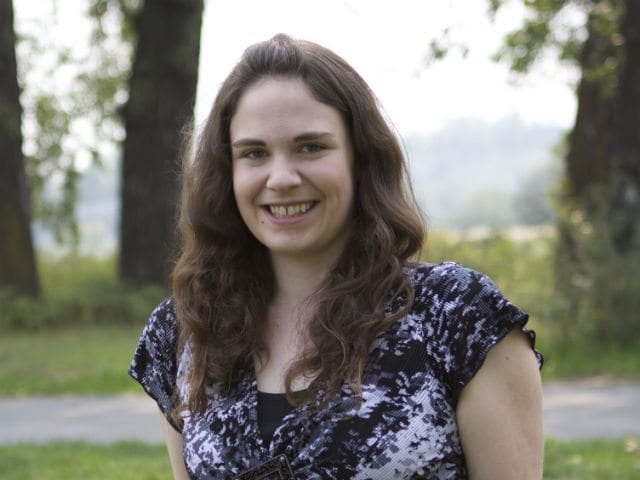 All businesses have to start somewhere – even if that means turning their kitchen into a test site.

What began as an assignment for a group of University of Calgary students is now a professional testing kit that shows instantly what’s in industrial water. FRED – which stands for “Field-Ready Electrochemical Detector” – measures the quality of water by gauging its currents.

Fast and convenient, FREDsense takes about one hour to complete an on-the-spot test — so, there’s no need to send in samples for analysis or wait for results. It’s designed for use in industries like mining and agriculture, where water quality monitoring is essential. The data that FRED collects allows companies to review and clean up the water themselves, once poor quality is detected.

The inspiration behind FREDsense Technologies

Emily Hicks, the CEO and co-founder, and her team were sparked into action when they realized there was funding available to tackle a well-known environmental problem in their province: cleaning up toxic oil sands tailing ponds.

They heard about a leadership initiative that would fund oil sands-related projects submitted to the Massachusetts Institute of Technology’s International Genetically Engineered Machines (iGEM) competition. At the time, Hicks was studying biomedical sciences at the University of Calgary, so she jumped at the chance.

“Living in Alberta, [the oil sands] seemed like a really interesting topic to start exploring,” Hicks says. “So we started doing research and found that remediating tailing ponds would be an exciting project.”

After winning the iGEM competition in both 2011 and 2012, Hicks’ team had the seed funding they needed to start developing the business in earnest. Their first challenge? Finding lab space with the little money they had.

Getting off the ground

“We were definitely thinking shiny lab with new equipment and all that stuff, but we realized that if we were going to do this with the money we had, we’d have to be a lot more creative,” Hicks says.

So instead, the group bought equipment first and stored it at home. From eBay to government surplus options and donations, they obtained any available equipment from any source they could find.

“We started stockpiling all the stuff at my mom’s house and tested everything in her kitchen. That was how it started,” Hicks says.

Eventually they found a lab space and started pitching to investors and partners. But, as a bunch of science students with no business experience, the product was still a tough sell.

A move to Silicon Valley

Despite being dismissed by some investors as a group of students with no business skills, they decided to take a big leap in 2015, and headed down to the Valley, where they had been accepted into Singularity University.

“We were very worried about what the outcome would be, but it turned out to be one of the best decisions we’d ever made. It helped us move from a science project to an actual company!”

What does the future hold for water quality monitoring?

Since returning from Singularity in December of 2015, FREDsense has shifted its focus from oil sands to cleaning up tailing ponds in the mining sector, which can contain toxic substances like arsenic. This means the company can expand outside of Canada and target international markets in the US, Europe and other parts of the world.

“We realized that being able to efficiently measure things in water in real time is quite a problem across a number of different industries and countries,” Hicks explains.

FREDsense now sells to mining companies, water utility spaces and environmental remediation sites, and Hicks hopes to see the technology applied in oil and gas, food and beverage, and other industries in the future.

“For me personally, I love using bioengineering to take a really big problem that the world’s facing – access to safe drinking water – and help solve it using interesting technology.”