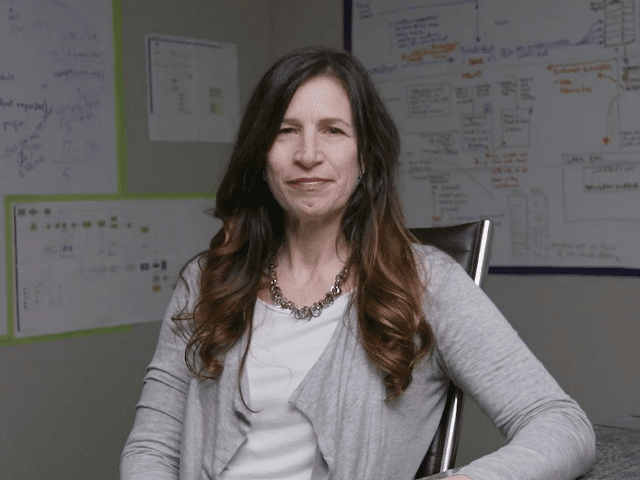 For small companies, finding capital to scale can be a big business barrier, and getting approval for a bank loan isn’t always easy.

Toronto-based Lendified is offering an alternative route by providing short-term loans and working capital of $5,000 to $150,000 to small- and medium-sized businesses.

“The sort of catch-22 that small businesses are in is that they don’t have a track record for credit. We try to be that bridge for them,” says Lendified CRO Monique Morden.

Using artificial intelligence, Lendified’s software analyzes information to help them decide whether a company receives approval for a loan. It looks at bank transactions, activity, sales and expenses, and takes any existing loans into account.

“We instantly analyze and carve out that transactional data instead of having a long application process,” says Morden.

The auto-decision software means the application process takes about 10 minutes and applying can be done on a tablet or smartphone outside business hours, a feature that was important for serving their clients, mostly 25- to 35-year-old entrepreneurs. Approved clients usually see money in their bank accounts within 24 hours.

While the interest rates are higher than banks, Morden says they’re lower than using a credit card.

Morden, who now manages the Lendified technology team, has a long history in the fintech space, having co-founded Mentio Technologies in 2014, a mobile-first automated cash flow tool. From 2015 to 2016, Morden was ironically trying to raise capital to expand her own business when she met Lendified co-founders and former bank executives Troy Wright and Kevin Clark.

The co-founders clicked so well that in March 2016, Lendified acquired Mentio, and the two companies blended their teams, a move that quickly paid off. Five months later, Lendified’s total funding reached $24 million.

Morden says she’s currently working on landing partnerships with financial institutions, universities and other organizations to raise awareness about the two-year-old platform.

One of the rewarding parts of her job is seeing the impact the loans have made on businesses. For example, they’ve helped a company selling dairy-free ice cream that was able to expand to Europe, and retail stores that wanted to buy more inventory for the holiday season. There are also service-based companies that have used Lendified capital to service more clients and contracts.

“There are all sorts of great stories,” Morden says. “Technology is enabling small businesses to have the same tools and capabilities as some of the big corporations. We got excited by that, and with Lendified you start to have a passion for small business. They’re the backbone of the economy.”

But there are challenges to working at a fintech startup like Lendified, too. Morden says she always has to work quickly to keep up with the sometimes frenetic pace the sector demands.

“It’s all a race. You need to have the best people, best tools and technology,” she says, “Big data, artificial intelligence, machine learning and other tools – I think these are going to be the foundation of successful technology companies in the future.”

Learn more about Lendified with the latest MaRS video series, produced by Vice, which explores the world of fintech by spotlighting a series of ventures from our ecosystem. The debut episode, featuring Monique Morden, looks at what fintech is and how it’s helping millennials tackle debt.