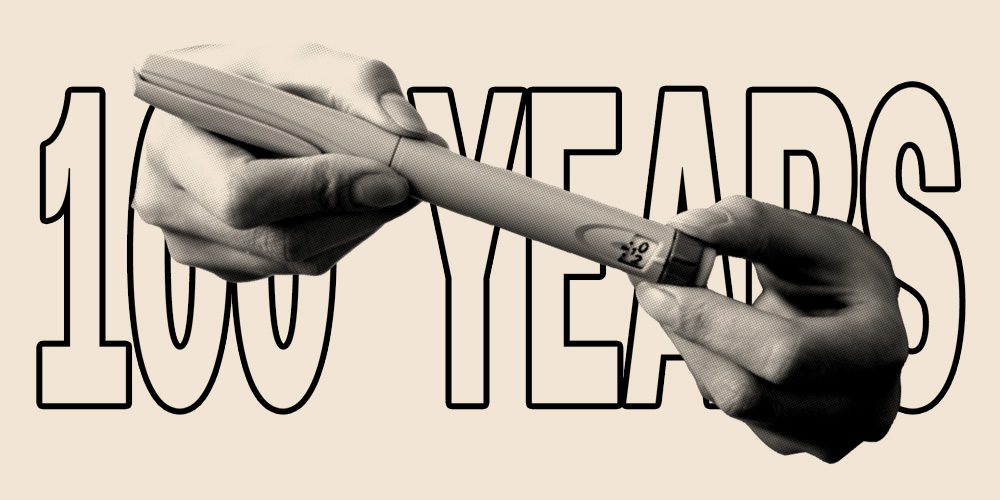 A century after revolutionizing diabetes care, the city is a global research hub. But watershed discoveries are still in short supply.

Exactly 100 years ago this month, Frederick Banting and Charles Best administered the world’s first dose of insulin to a 14-year-old boy at Toronto General Hospital. With that injection, they turned diabetes from a deadly disease into a manageable condition.

The key elements in Banting and Best’s story — inspiration, determination and some risk taking — will be familiar to modern-day innovators. In 1920, Banting became convinced he had a workable idea for isolating the newly discovered hormone insulin. He quit his day job as a family doctor in London, Ont., and moved to Toronto to take a chance on medical research. There, he secured an early backer in a J.J.R. Macleod, a diabetes expert at the University of Toronto who offered him some disused lab space, and he found an able partner in Charles Best, a recent graduate. Within nine months, Banting and Best had produced insulin that was pure enough to administer to patients — beating out numerous competitors. The breakthrough made headlines around the world, earned Banting a Nobel Prize and launched Toronto onto the global stage as a centre for medical research.

To mark the centenary of the discovery, an expert panel at MaRS Impact Health explored how insulin has changed medicine — and what it will take for Toronto’s innovation ecosystem to repeat the feat. Ivan Semeniuk, The Globe and Mail’s science reporter, spoke to:

Ivan Semeniuk: One hundred years after the discovery of insulin, where is diabetes care at now and what key questions remain?

Daniel Drucker: For Type 2 diabetes, which generally occurs later in life, we’ve witnessed unbelievable innovation over the last 10 years. We have powerful drugs that can reduce complications of Type 2 diabetes, and soon we will be able to almost normalize blood sugar. The greater opportunities now are in Type 1 diabetes [a genetic disorder that impairs the body’s ability to make insulin]. These range from stem-cell therapies, to preventing the disease with immune interventions, to artificial pancreas devices.

Michael Midmer: There is a lot of focus on the cure, looking at beta cells [which produce insulin] and how you can restore or reduce the destruction of those beta cells over time. We focus on the alpha cells that release glucagon, which is the opposite mode of insulin and brings sugar back up when levels get low. What we find with people taking insulin is that they suffer from low blood sugar occurrences — called hypoglycemia — which can be very dangerous and disruptive to their lives. We’re developing the first drug to prevent hypoglycemia. We’ve benefited a lot from research that’s come out of the University of Toronto. One of our founders, Dr. Mladen Vranic, was actually the last postdoc in Charles Best’s lab.

There are a lot of different ways to tackle diabetes now, and it continues to get better. That cure is certainly something that is on a lot of people’s minds, but there are other technologies that are around that make it easier for people to manage the disease.

“Canadian scientists are second to none. What we’re really lacking is investment. We depend on the United States to do the heavy lifting in expenditures and development, which then the rest of the world benefits from.”

Semeniuk: It’s been an interesting road for insulin as a profit centre for companies that make it. In recent years, the cost of insulin has in some cases tripled. This is obviously not something that Banting had in mind when he sold the patent rights for $1. How do we balance the cost of innovation with realistic and realizable treatments for patients?

Chen: The discussion about pricing is complex. For us at FACIT, it’s not so much about the pricing as how the private and public sectors can work together to provide the right environment so that our ecosystem can thrive. You need risk capital, expertise and people willing to do this over and over again. When you get that success, the momentum continues. Even though Banting and Best wanted to try to keep the price down for patients, insulin still went to the U.S., the value went to the U.S., and the jobs, the economy, the new innovations, went elsewhere instead of being kept locally. What if they had negotiated so that they could have had more rights and more value generated here? We think not so much about what directly puts pressure to lower the price right now, but what can we do so that Canada has a seat at the table to say: How can we benefit patients more? We need to pay to play.

Semeniuk: Talking about that ecosystem, with Banting and Best there was a certain amount of right people, right place, right time. Now everything moves a lot faster. What do we need to get to the next step in terms of people, our expertise, or the way they’re deployed?

Drucker: Canadian scientists are second to none. What we’re really lacking is investment. We depend on the United States to do the heavy lifting in expenditures and development, which then the rest of the world benefits from.

Semeniuk: Strategically, if there were more investment for science, where would you put it?

Drucker: Most scientists would probably disagree with the concept of strategic investment. No strategic power would have predicted 10 years ago that investment in the very basic-science technology behind the COVID-19 RNA vaccines would essentially save the free world. We have to support strong scientific enterprises, because no one knows where the next important breakthrough is going to happen.

Semeniuk: Recent innovations often involve an interplay between university and company research. How would you move the whole innovation system forward?

Midmer: There is a ton of great research in Canada. You can get some seed funding to start proving things out, but the big funding you require is to move through clinical trials or proof-of-concept testing. That chain is broken in Canada. We need more funding going directly into companies, not so much into the academic space. In the U.S., they have a program called SBIR [Small Business Innovation Research], where they take money from the major departments in the government, and a portion goes into company creation and commercialization. That’s what we’re missing in developing products that could be manufactured in Canada.

Semeniuk: Everyone is in awe of the COVID-19 vaccines. Have they changed biomedical science forever and what are the lessons?

Chen: The lesson is: money talks. When you have an influx of money and the government working with the private sector you can do a lot. For life sciences, developing a technology or drug that gets to market takes a big investment and a long time, unless you’re able to throw hundreds of millions if not billions towards it. If you look at other industries in Canada, like IT, they’ll tell you that they have a lot of seed capital and not enough growth capital for scaling up. When we’re talking life sciences, it is still the seed stage that straddles that valley of death.

You need risk capital to come in, but because it takes so long for life science technologies to get to fruition it’s not very economical for investors to fund companies at early seed/series A to get to the stage where a venture can have an inflection point in value and risk mitigation. You need investment into the infrastructure that supports innovation, commercialization and translation, to get companies to the point where you will find the syndicate of investors willing to take them up and move them to the next level. You can’t fault institutions for letting innovations go to the U.S. when there aren’t receptors, or players [in Canada] who are willing to invest in intellectual property early on. But what if you could build that here?

Semeniuk: How do we keep intellectual property in Canada? In the past, Canada has seemed ahead of the curve on the research end, and then we see the gradual dissipation of that IP. Is there a way to stop that?

Chen: It requires a public-private sector partnership and policies that incentivize investors to come and play. FACIT has been lucky enough to generate returns from investments and we reinvest them into Ontario. We make sure that we’re Ontario-first when we consider what will benefit both patients and the economy. If you build that 10 times over, you start getting that momentum where scientists who’ve done it once want to come back and do it again here.

Midmer: We’re starting to see that happen. COVID has sparked interest in investing in healthcare and, hopefully, that will move new innovations forward and keep them here in Canada.

Semeniuk: If you could step into a time machine and run into Frederick Banting walking down College Street, what would you tell him?

Drucker: That if you get a good night’s sleep, have a dream, and work hard to actualize that dream, you can accomplish greatness as he did. We need more Frederick Bantings that have dreams, that close their previous ventures, throw everything away that they’ve been working on and pursue that one-in-a-million possibility. Canada needs to take more risk.

Midmer: You talked about selling the patent for $1, but what if he didn’t? How would that have changed the culture of entrepreneurship in Canada? It was an absolutely noble cause, but would it have changed our thinking, and all the scientists after him in terms of how they think about entrepreneurship?

Chen: I would say don’t sell the patent for a $1. You can still do something noble — encourage your next generation of grad students and the next entrepreneurs, take your profits and support the ecosystem.

The text has been condensed and lightly edited for clarity.

MaRS believes innovation means advancing Canadian technology for the benefit of all people. Join our mission.

Toronto researchers are on a quest to cure brain disorders