Know yourself cold: Preparing to pitch to venture capitalists 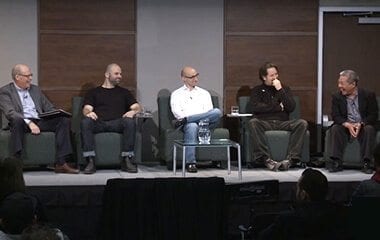 “Know yourself cold,” was one of the gems of advice offered by Rami Alhamad, CEO of PUSH, during last Wednesday’s Entrepreneurship 101 panel on venture capital funding.

In a solid follow-up to the previous week’s lecture on raising money from venture capitalists by Shirley Speakman, the panellists shared their wisdom about what VCs look for and how to be better prepared for pitching to them. The panel also included Benton Leong, founding member of Golden Triangle Angel Network; Duncan Hill, general partner of Mantella Venture Partners; and Mike Silagadze, CEO of Top Hat.

What are VCs looking for in a startup?

“Oftentimes it’s the people we’re investing in, not so much the product.” —Benton Leong

According to the panellists, VCs look for:

How to prepare for pitching to VCs

“The idea in and of itself is worthless—99% of the value is in the execution.” —Mike Silagadze

That said, much of this advice is much easier to carry out if you follow the first point and “know yourself cold.” For more of the panel’s advice watch the lecture video.