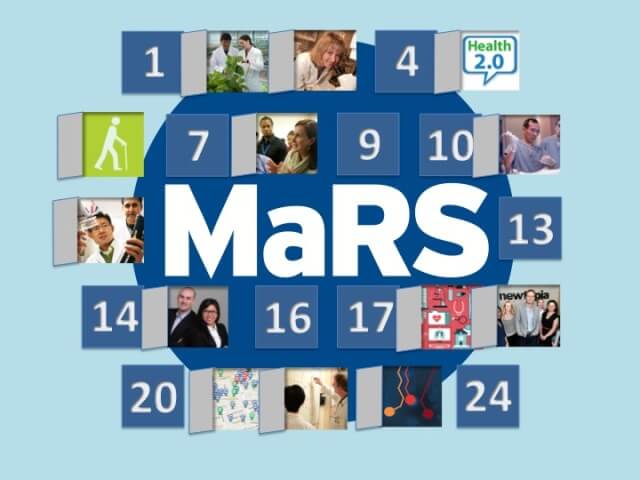 For better or worse, there will always be a need for health innovation and change, as health issues always lie in wait for an aging population and new issues are constantly arising.

This year was no different. Health is global, national, provincial and personal. The world is in a faceoff against Ebola; the Ontario government spent $50 billion on healthcare infrastructure that struggles to serve our aging population; and my dad was diagnosed with prostate cancer. Unfortunately we can’t satisfy these medical challenges with milk and cookies like good old St. Nick. So what have we been up to instead?

I am happy to report that my dad is in 100% remission following a relatively new form of treatment that uses temporary radioactive seed implants to fry local cancer cells. At MaRS, MaRS Health has the privilege of working with startups that are combatting worldwide health issues, such as prostate cancer and Ebola, as well as with those working to improve healthcare system efficiencies, access to healthcare providers and consumer-empowered health. Many of these companies are working their way into that $50-billion budget line, and MaRS is here to help.

Here’s a look at 25 highlights from Ontario’s health entrepreneurs in 2014, as well as some of the things MaRS Health is doing to help young ventures get to market with their life-changing technologies. In a way, our own little MaRS Health advent calendar! 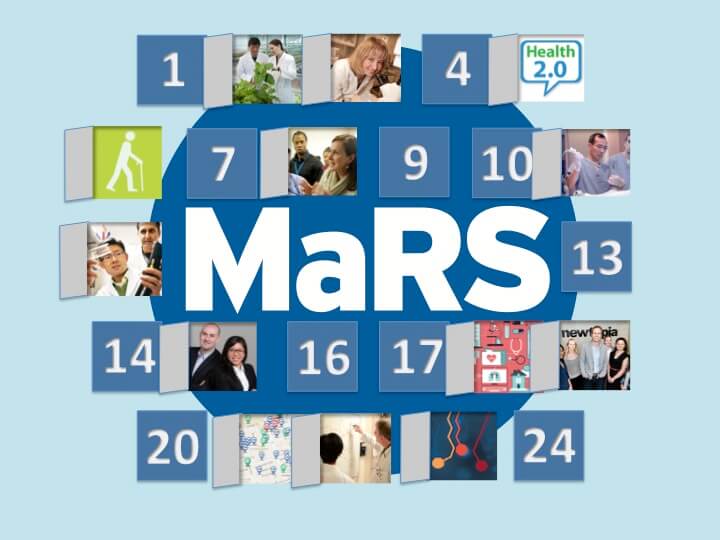 MaRS Health continues to evolve to better help life science startups, open up markets and drive the health economy. We look forward to continuing the journey in 2015 and seeing what these health ventures accomplish next year. Happy holidays and a happy new year!

If you’re interested in becoming a Health client at MaRS, check out what MaRS Venture Services offers and see if your company is eligible to apply.