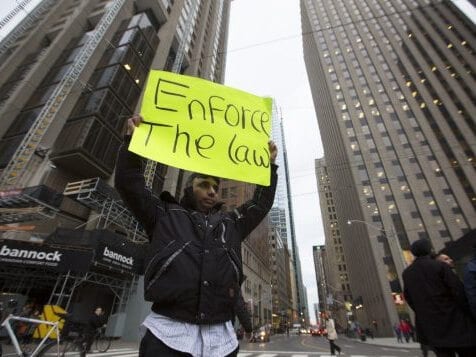 A MaRS report on the sharing economy calls for new rules on Uber and Airbnb, along with willingness to update existing rules.

As the sharing economy grows in popularity, governments must look at bringing in new regulations and, at the same time, update rules for existing businesses, a new report says.

“The sharing economy is much broader than just Uber or Airbnb, though the discussion often gets narrowed down to those two companies,” said Joeri van den Steenhoven, director of MaRS Solutions Lab, which produced the report, Shifting Perspectives: Redesigning Regulation for the Sharing Economy.

“It should be seen as an opportunity to create more effective regulation and better public value for its citizens,” he said, noting governments should not just think of the sharing economy as something to respond to, but rather build a strategy that nurture it.

The 100-page report, to be released Thursday, is produced by the MaRS Solution Lab, in partnership with the Government of Ontario and the city of Toronto. It results from research as well as in-depth interviews with 136 individuals ranging from taxi drivers, UberX drivers, hotel managers and Airbnb hosts.

It also consulted with about 100 stakeholders including officials from all three levels of governments, company representatives from Uber and Airbnb, as well as industry leaders in insurance and transit.

While sharing economy companies are disrupting markets, the report emphasized the need to look at revising existing regulations, which may be reducing the administrative burden faced by existing operators.

That means looking at easing some of the rules and regulations that Toronto’s taxi drivers face, including a 17 days of training. By contrast, UberX drivers often only watch a company-produced video.

“It’s not just about adding more rules, but revisiting the regulations, making them more effective, drive the public value that we want,” van den Steenhoven said.

Similarly, hotel industry officials reported that some rules such as repeated fire safety tests were cumbersome.
But the report also cautions that there is no single solution to a complex problem, that cities should play a lead role, with the province ensuring a certain degree of harmonization.

“Traditional approaches to regulation no longer fit and the consequences of new regulation are largely unknown,” the report says. “We encourage governments to keep on learning when they are putting in place new regulations and, where possible, to actively experiment.”

The report clearly outlines the need for regulations, but van den Steenhoven cautioned too many rules can stifle innovation, so cities need to create an environment that can allow new businesses and ideas can thrive.

The report added regulation is always a reflection of what is happening in society. “It constantly has to catch up with a world that is always changing, and there is nothing wrong with that,” it said.

The sharing economy is much more than short-term home rentals or Uber rides. Some Toronto examples for what exists, and what could exist: