#NoWallsInTech: I escaped war-torn Afghanistan and am now helping vulnerable communities in Canada 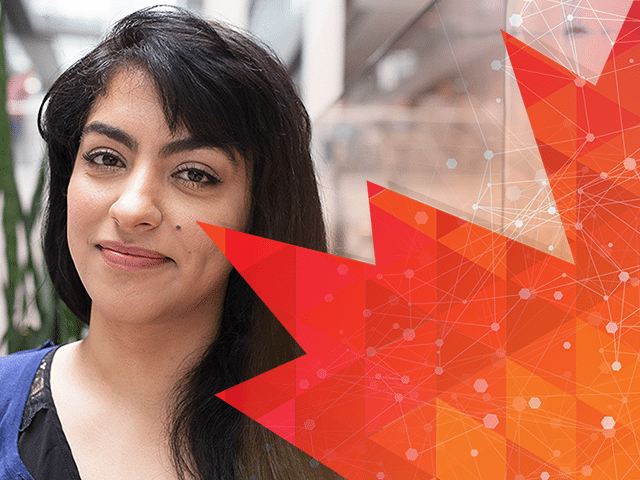 I was born in Kabul, Afghanistan about four years before the civil war broke out. As a small child, the sound of gunfire was such a normal part of life, I would usually just keep playing with my siblings whenever I heard it. But I still recall being very scared the day when shots rang through all the houses in my neighbourhood, including ours.

During the war, we couldn’t go outside or to school, so my siblings and I played indoors and were home-schooled by my mother, who, lucky for us, had worked as a teacher before the war broke out (women were not allowed to go to school or work once the Taliban invaded). Since we couldn’t have books or any form of entertainment like music or TVs — the Taliban actually went door to door collecting all these things and destroyed them publicly — my mother had to tutor us from memory.

People did what they could to adapt to this new, fundamentalist society. As a child, I recall being very upset when the Taliban destroyed a favourite video game my father had given us, and my father was very disheartened when they took all his books and burned them. Seeing this, my uncle dug holes around his back yard, buried his extensive book collection and planted trees over it, hoping the Taliban wouldn’t find it.

My parents, both liberal-minded people who had grown up in an era of freedom, found the new regime very difficult to accept. It was especially hard for my dad, who was a well-known professor of human rights, political science and law at Kabul University. When universities started closing and things became more violent, my parents decided to escape to Mazar-e-Sharif, a relatively safe area in the northern part of Afghanistan. They also wanted to flee the terrible memory of losing their 5-year-old son during the war, something that constantly haunted them.

We lived quite well in our new home for a time. My dad taught at Balkh University and was also part of the Human Rights Committee. However, when the Taliban finally invaded five years later, they started targeting individuals, and since my dad was known around the country as one of the leading thinkers on women’s rights and human rights, they came knocking at our door. Luckily, he wasn’t home at the time, but they told my mom he’d have to report to their post as soon as he returned. This is when we decided it was time to leave the country for good.

My dad left first, and managed to make his way to Canada with the help of his friends. My mother stayed on in Afghanistan for a few months with her five children, all under the age of 10. This was a very violent time in Mazar-e-Sharif, and I recall seeing dead bodies scattered in the streets the few times we were allowed out. There were also public executions and beatings.

With support from my dad’s friends and colleagues, my mom finally made it over the border with her five children, finding safety in Uzbekistan. We lived there for about three years before we, too, could immigrate to Canada and join my dad.

I was 14 when we came to Canada. Like most people who flee worn-torn countries, my parents wanted their children to enjoy basic human rights and independence, and have the freedom to pursue their dreams. Since they both come from academic backgrounds and had seen the value of education — and the negative consequences when people are deprived of it — they focused intensely on our education, and worked very hard at whatever jobs they could find to ensure their children were well-schooled.

Canada has given me the opportunity to live freely without any fears and to pursue my dreams. I completed my bachelor’s degree at Queen’s University and my master’s degree from the University of Toronto. My personal and educational experiences have made me passionate about social policy and social justice.

I currently work on issues that are close to my heart, issues that improve the well-being of our society and vulnerable populations. At the MaRS Centre for Impact Investing, we work to unlock private capital to build stronger, healthier and more sustainable communities. We develop solutions to intractable social and environmental problems, from reducing neonatal infant mortality and morbidity in Cameroon to more domestic issues, including better employment opportunities for Syrian refugees in Canada. As a non-profit, we work with investors, ventures, governments and service providers to create funding solutions for ideas that drive social progress and financial return.

I have also been fortunate to be involved in the Centre’s thought leadership work, including planning and organizing the Social Finance Forum, an annual conference that has brought together thousands of attendees from across Canada and the world, with the goal of mobilizing private capital for public good.

I hope to contribute to Canada and the wider world by continuing to work in this field, breaking down systemic barriers for vulnerable populations, and solving major social and environmental problems. I want to help build a brighter future for generations to come.